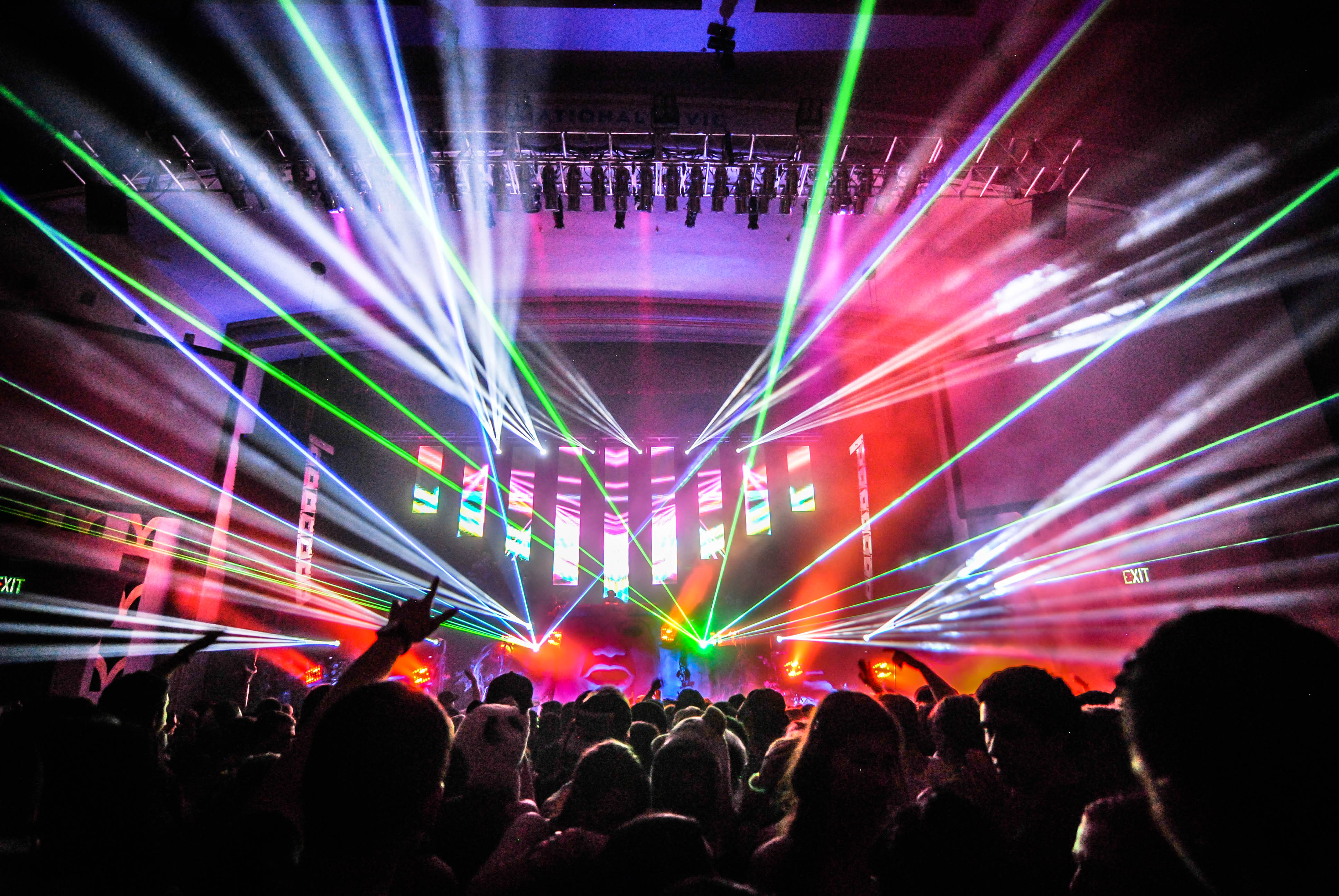 This past week, the 3rd annual Wobbleland event took place in San Jose. A very well hyped bass themed event that has gathered the popularity and interest of those all over the country, even from those living thousands of miles from where the event the events takes place in the Bay Area. Not to mention it already has under it’s belt the award for “Best Dubstep Event” that was given to them by the US Dubstep Music Awards. Wobbleland has grown tremendously more each year and it seems as if it will continue growing after what took place this past week which had people losing it to heavy drops and many staring in awe with their jaws dropped to what was taking place in the San Jose Civic Auditorium.

The event had two rooms, a main room given the title “Bass Temple” which was just about only bass music as you could probably tell from the title and was our main focus for this review as it fits our site best. The stage was designed nicely to fit the theme of the room name and the sound system was sure to melt faces. Placed on the stage also were plenty of lasers to enhance the experience the fans, something you don’t see often during the event. Additionally there was the second room, the “Groove Palace” which had good mix of different kinds of styles but all that of course, would get you grooving. It was located in a corner area that compared to the main room was small and very hot but that didn’t stop people from enjoying themselves. 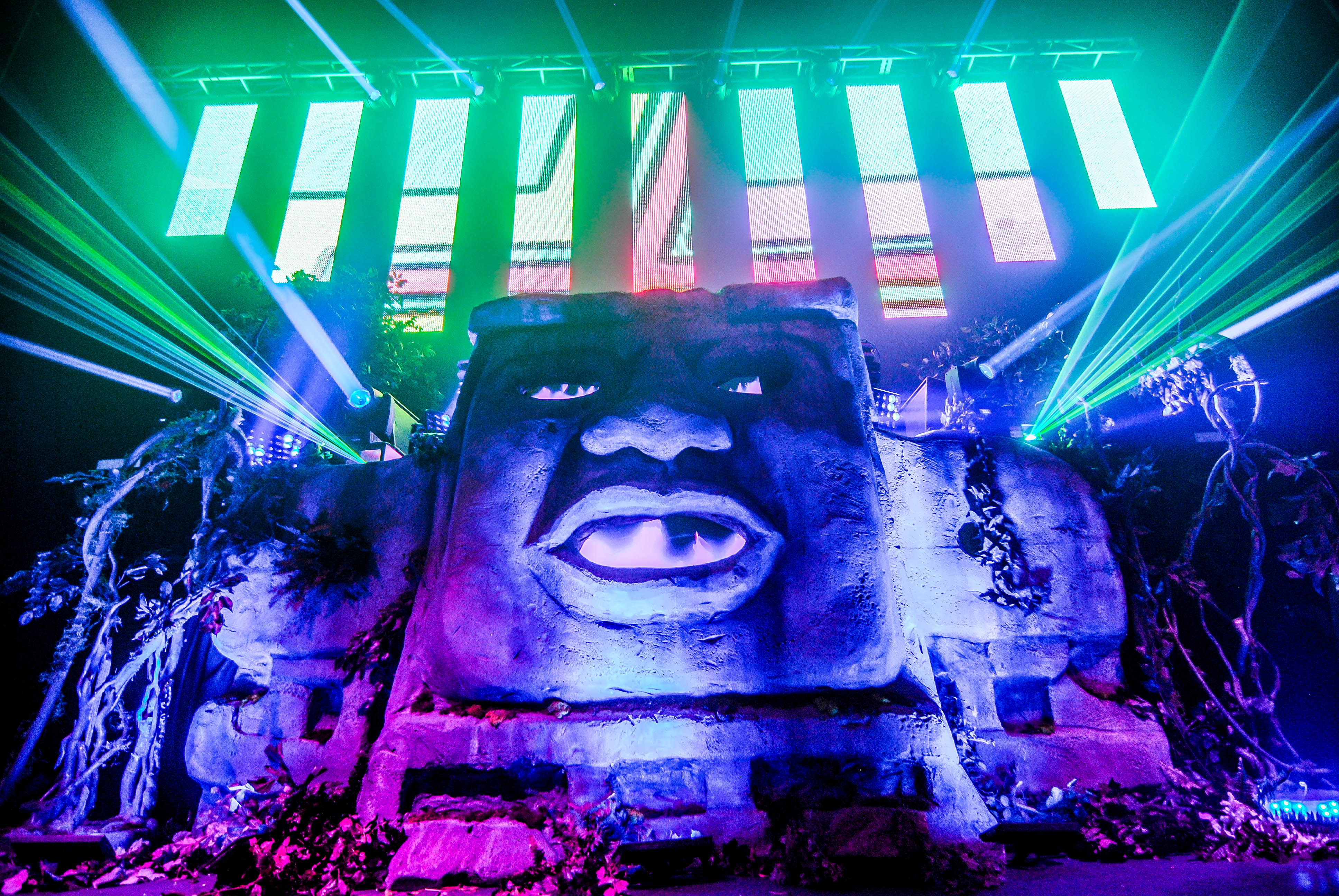 As for the artists, the talent, the reason people where there, they did not disappoint one bit. Starting off the event in the main room was the Southern Californian native, Protohype.

Even though he had the opening time slot in the main room, Protohype came ready to quickly get the party started and have people losing it within a matter of moments which he did. Playing many of his new originals, collaborations, and remixes, the crowd was definitely in the zone for it. Tracks that were played included collaborations with names like 12th Planet and Datsik, along with originals like Downfall, Say My Name. There was a large Protohype following in the crowd as well as many who walked around wore “HYPE” beanies that come from his merchandise store. 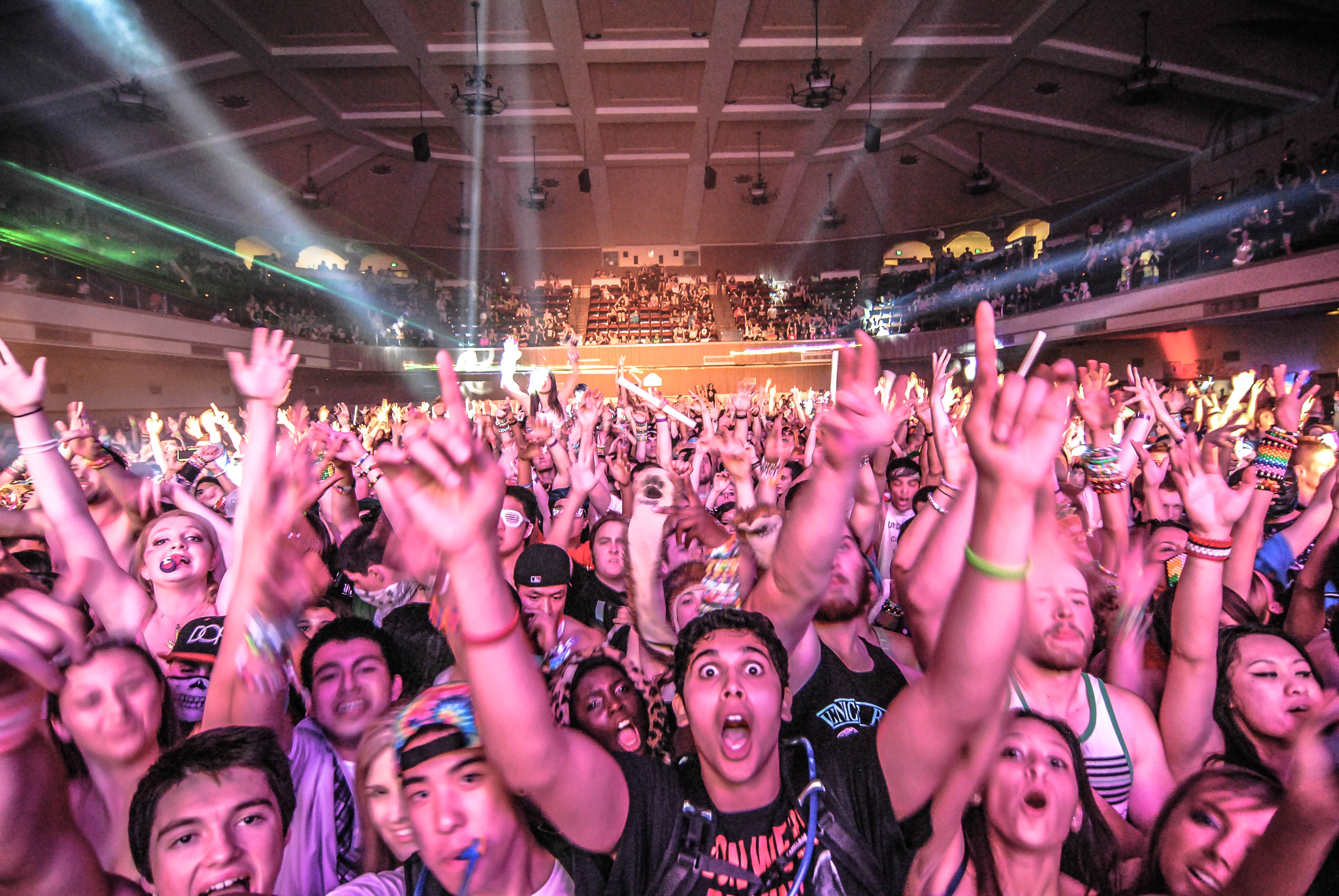 Next on the bill for the Bass Temple came the heavy, face melting, grime, mask wearing, Funtcase. The young yet highly talented English man compared to Protohype came in with pure filth, that kind of filth that would have you straight head banging with a face of disgust for the majority of the set. You could just see that he was comfortable and knew just what the crowd came for. Already have playing in the past in the Bay Area, it seemed as if he knew just what the people from California wanted. Dropping plenty of his own original music, included highlight tracks like Adrenaline, 50 Calibre, Atom Bomb, and more. Much of it being intense, in your face music that felt as if you were just physically being slapped all over the place from the amount of bass. He even went a bit far out to squeeze in some Drum N Bass into his set. 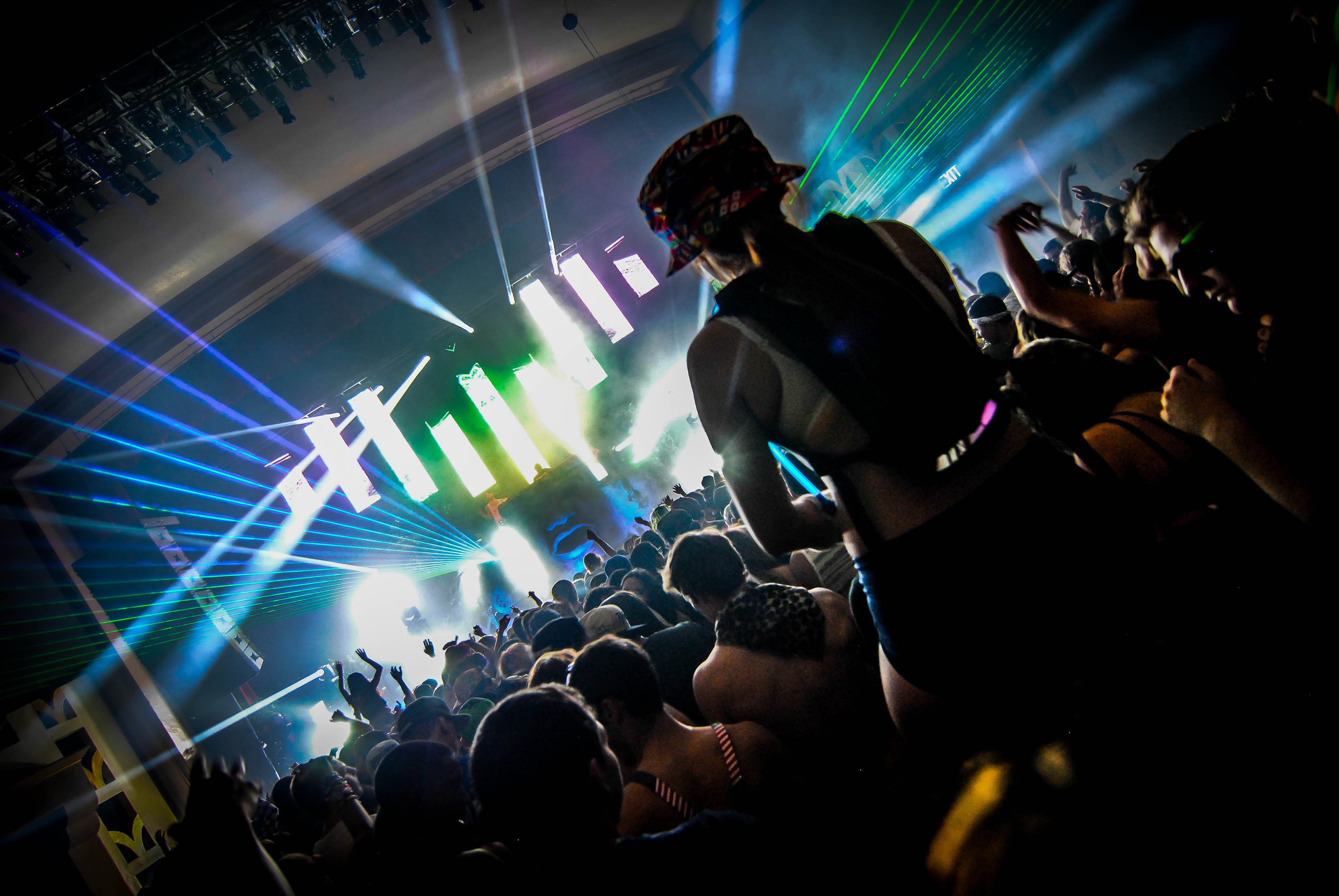 Following Funtcase was another English man and the second out of there Circus Records member playing the event, Cookie Monsta. I could overhear an event attendee in the crowd yell at his friend “F*ck yeah, this is who I’ve been waiting for all night!” as the DJ got up onto the booth and began playing his first track of the night. Continuing the streak of heavy drops and music that had the crowd head banging, he did not disappoint neither one bit. Playing a ton of classics throughout the night, the energy was perfect as the crowd was yelling, basically begging for more. I could see groups of friends grabbing each other from the shoulders and creating what seemed to be a head bang circle that involved them all head banging to the music in perfect sync. Some of the tracks played during his set included of course his popular track Ginger Pubes, Me Want Cookie, Big Booty Bass, and more. Once he was at his final track, Protohype appeared up on the booth to introduce the next artist, Skism. 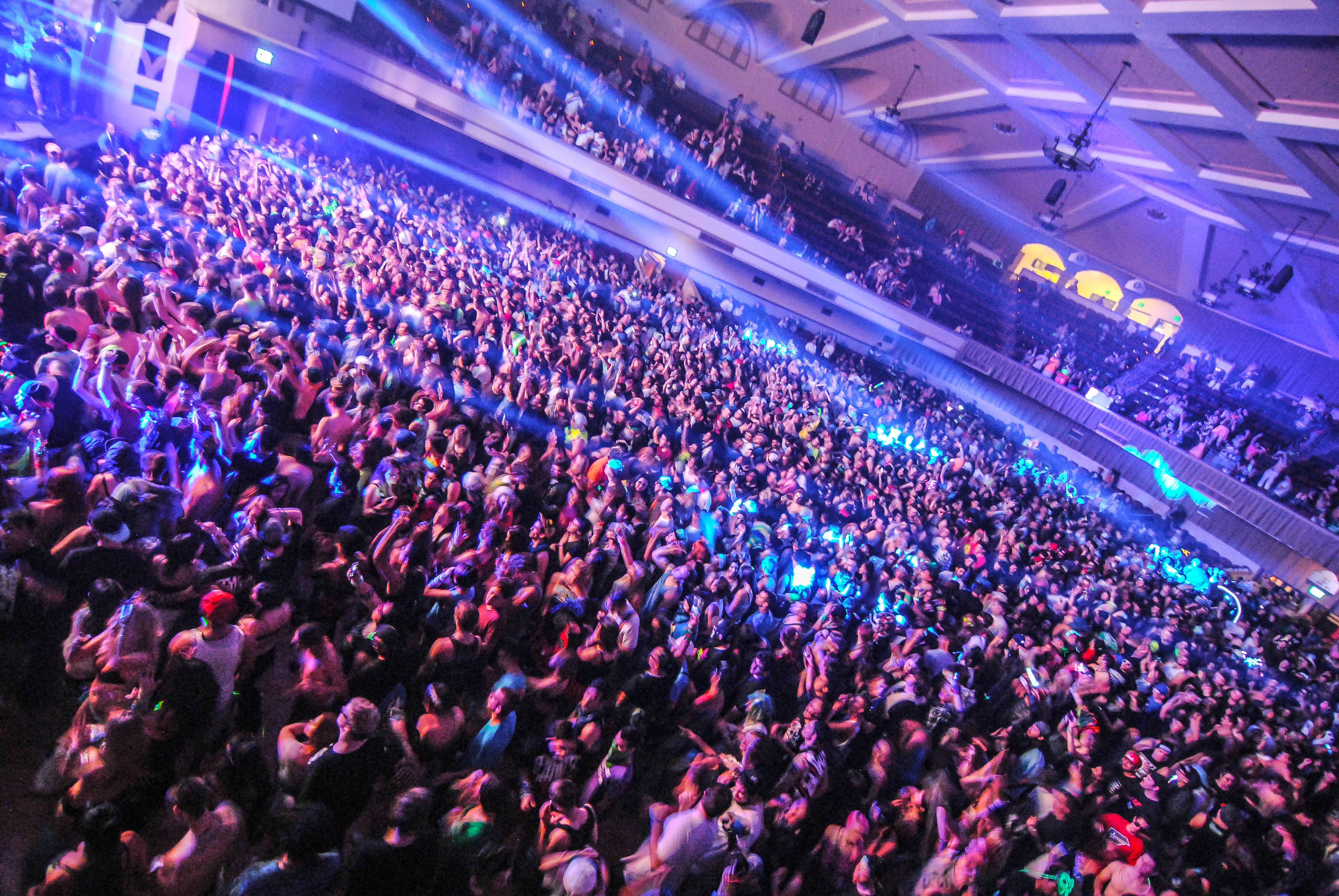 Skism, known by many around the bass scene has been around for a while and has made a name for himself. The man also runs a label called “Never Say Die” records. I watched as he stood next to the stairs that led up to the booth as he waited in what seemed to be an excited yet calm manner as the floor shook from the sound system blasting throughout the entire room and the crowd cheered. At this point many faces had already been melted at the event with the artists prior to Skism that played but yet they raged and continued to head bang with smiles everywhere I looked in the crowd. He raised the energy even more then it already was though with some heavy hitter productions that he has under him. Tracks of the night from Skism incluced tracks like sEXisM, Jump Back, Experts, Power, and others. Also in his tracklist included of course some of his latest material and remixes. It seemed as if the night just continue to get better and better. Of course though the moment was some to come after, the man many fans had been waiting for the entire night and cheering his name in between sets , the man of the night, Doctor P. 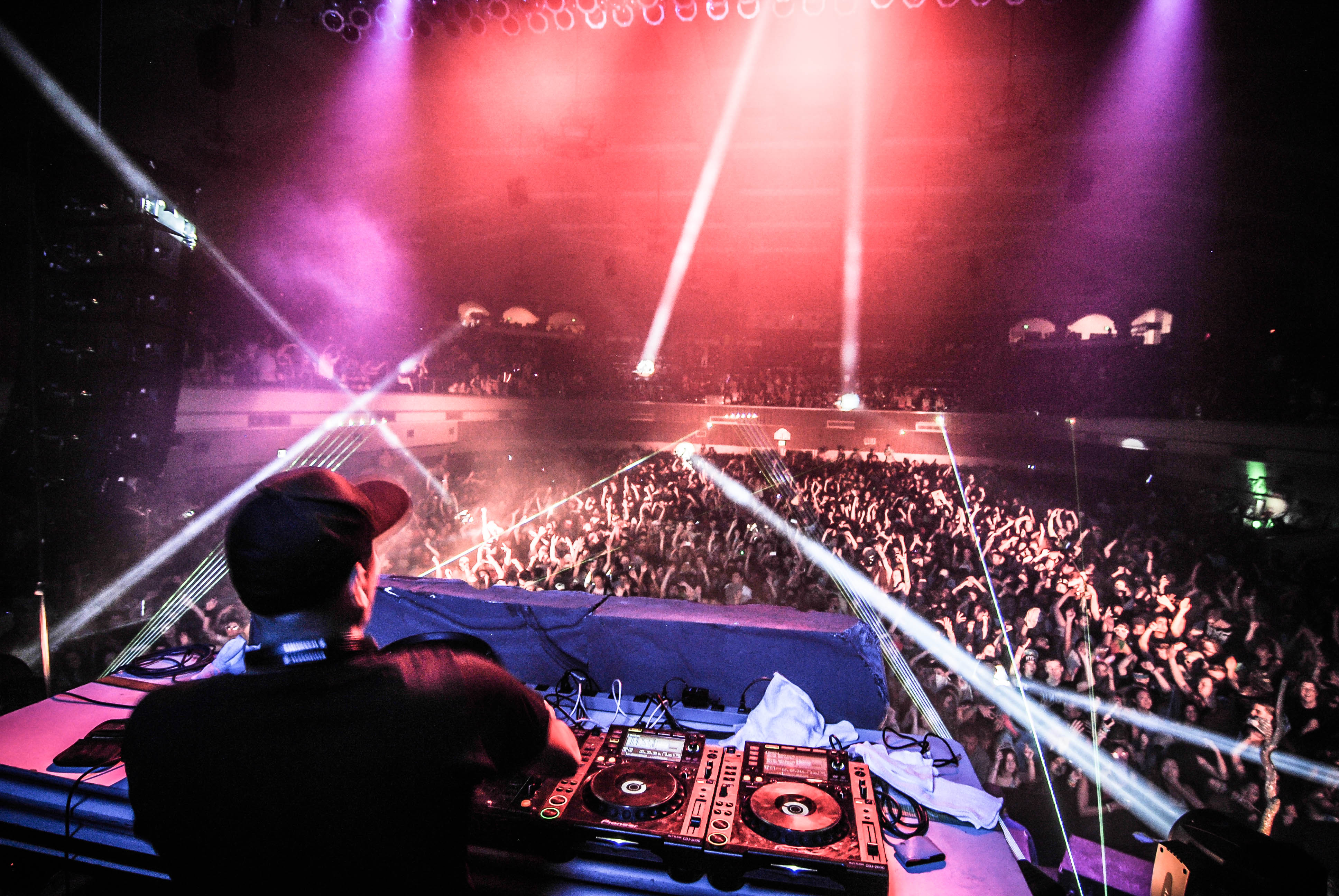 As Doctor P walked up from the back area of the venue to get ready for his set, fans in the back went up to the artist to grab quick photos with him followed by what seemed to be a nervous Shaun better known as Doctor P, pacing back and forth as if he was nervous. As the final member of the night playing at Wobbleland from the Circus Records crew and creating the label with fellow friend and popular artist, Flux Pavilion, it was obvious why there was so much excitement for him. As Skism came down, Doctor P began walking up the stairs and it seemed as if all the nervous pacing came to a quick stop and was followed by a smile full of excitement. Quickly the crowd once again began screaming as he appeared in the booth and from there began his set. The set had a variety of music ranging from some Moombahton, Trap, and of course Dubstep. The set was full of great music, many songs bringing back memories for many that had the crowd losing it completely including the track ‘Bass Cannon’ by Flux Pavilion. My favorite personal moment of his set was when he played his remix also with Flux for Dillion Francis’ “Without You”. Aside from that, of course he brought new material and old material that he knew all together the crowd wanted to hear. The crowd of nearly 8,000 people, especially erupted for “Sweet Shop”. All together, as well as the other artists playing the event, he did not disappoint one bit and just made the experience even more amazing. Finally to conclude the event and bring the energy down after all the face melting that was occurring was, GRiZ. 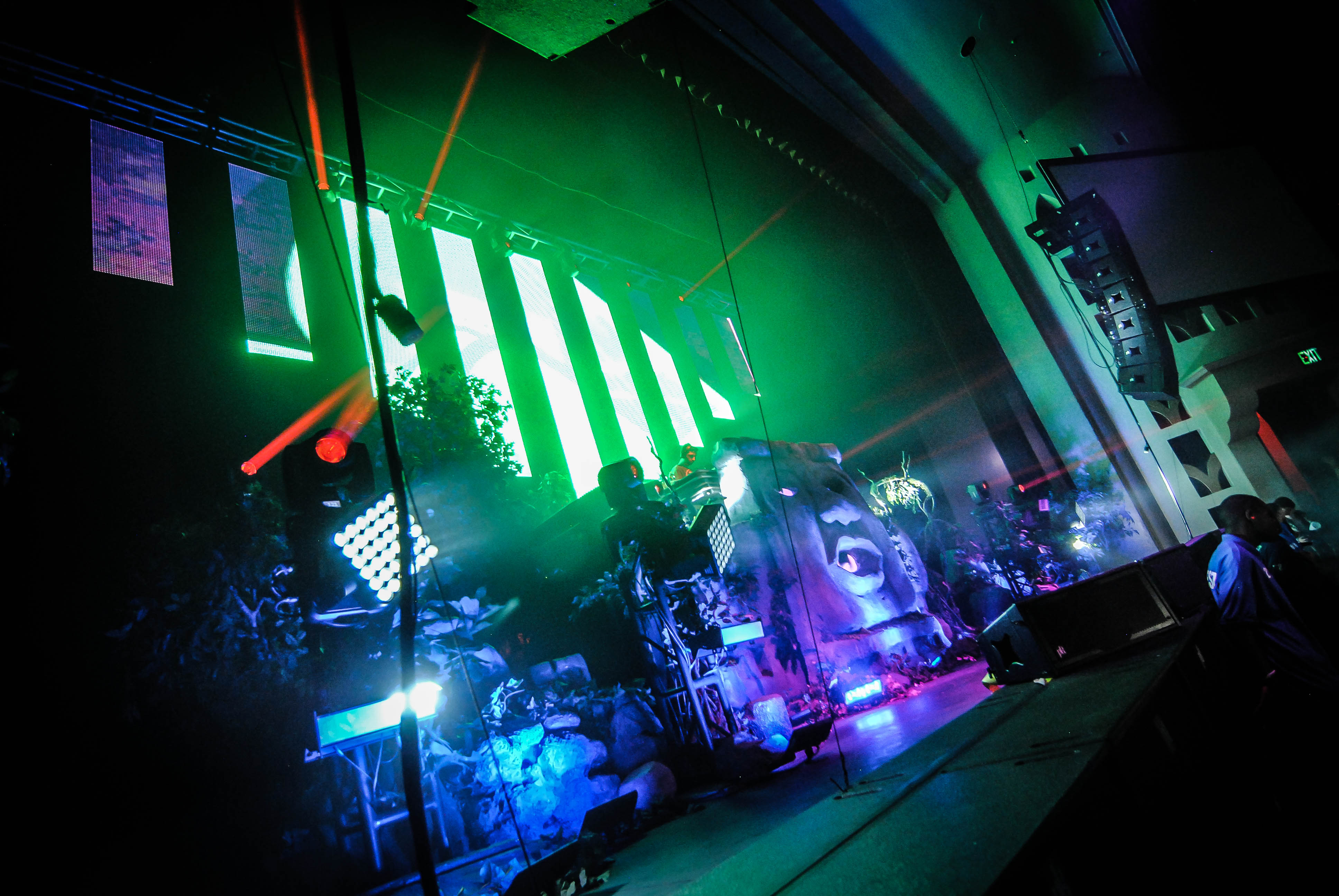 During Doctor P’s set, there was a man just standing behind the stage with a saxophone, that man being GRiZ. When it was his time to his shine, he definitely shined and showcased his talent mixed with great music. Just as Doctor P, GRiZ was full of variety and for many songs, played his saxophone live which I thought was great and just really showed how talented of a person he was. My favorite personal moment of his set was when he played “Smash the Funk” which had the crowd bouncing in it’s whole. It was a great way to end the event that Friday night, it couldn’t have been done better after such a long night of pure craziness. 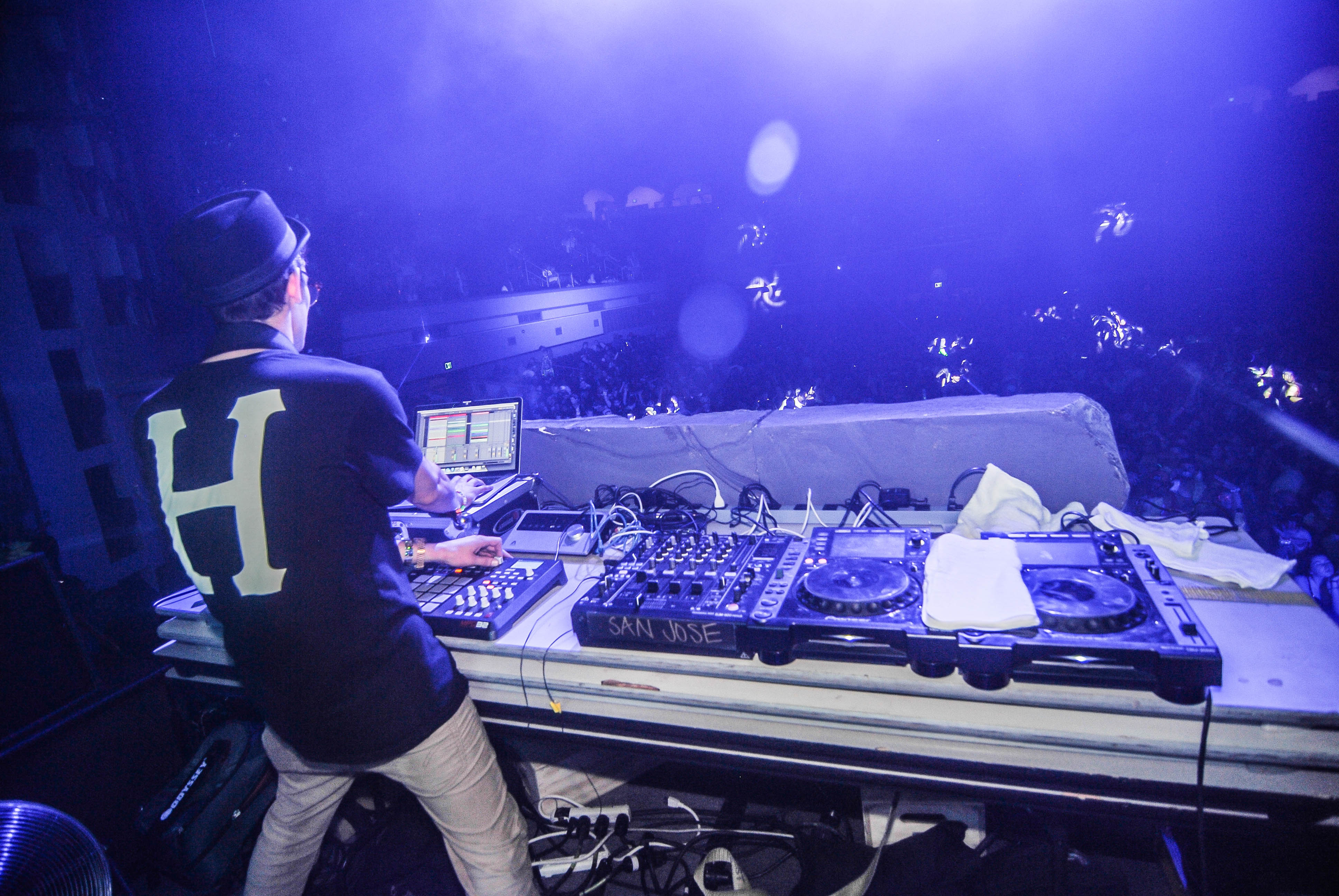 Overall the event was well put together by promoters, being Vital Events and Midnite Events who are both highly respected promoters from the Bay Area. The entire staff, artists, and of course fans, made it an epic night that I’m sure many will continue talking about for a while. As I left the venue, I was asked by someone “How epic was that man?” which I then responded simply with “VERY”. Epic it was and if you have yet to experience a Wobbleland Event or an event in general from these promoters, we highly suggest you do.