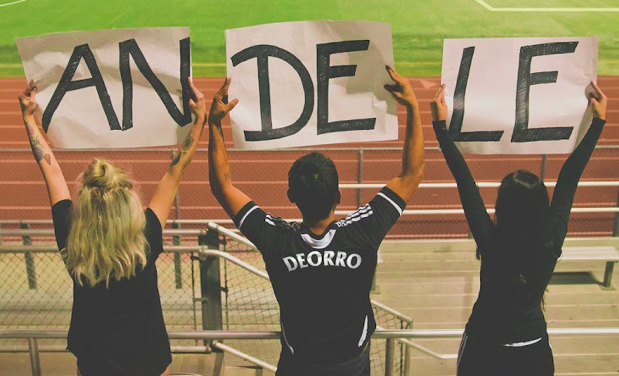 Deorro is killing the music game. In addition to his North American Existence tour, which kicked off last week, he released a dope new track on Ultra Music. “Andele” is the intoxicating hit we’ve been waiting for, complete with Deorro’s signature big room house sound, thumping kicks and epic drops. “Andele” is just further proof of Deorro’s incredible talent and we’re pumped to hear what he releases next. Check out “Andele” below and don’t forget to purchase your tickets for Deorro’s North American Existence tour.

“So I decided to mess around with some live instruments and kept the tempo upbeat and came up with this little number hope you guys like it!! this one is more on the heavy side.” –Deorro