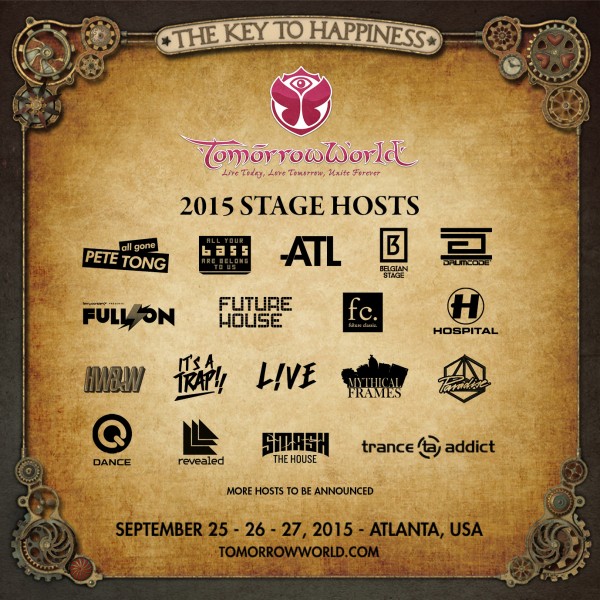 Every year, TomorrowWorld attracts the industry’s most revered musical partners to curate the festival’s stage assortment to concoct one of the most unique lineups in the world. Previous stages have included Anjunadeep, Mad Decent, OWSLA, Dim Mak X Smash the House, and many more. With its 2015 installment only six months away, TomorrowWorld has just announced their upcoming roster of musical curators, and the festival has truly outdone itself once again.

Fans will be able to bounce around to the different stages of All Gone Pete Tong, Hardwell’s Revealed brand, Trance  Addicts, Future Classic, Full On by Ferry Corsten, and much more listed in full below. Also, for the first time in Tomorrowland and TomorrowWorld history, the festival promoters will be rolling out an all-new L!VE Stage that tend to the scene’s growing presence of live performance acts. Every corner of the dance music spectrum will be covered at this year’s festival and fans should not sleep on buying tickets. TomorrowWorld’s magical DreamVille campgrounds have already sold out for Tier 1, and the festival just announced its newest concept, Breakfast Beats, earlier this week. Tier 2 tickets and General Admission passes can be purchased at www.tomorrowworld.com when they go on sale tomorrow. 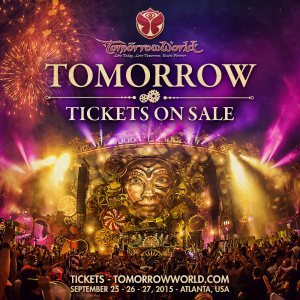