It’s been a year since we’ve heard any new music from the New York based DJ/producer Black Matter, but a new remix of his appeared in our Soundcloud stream earlier this month and we’re pretty amped about his return.

But this isn’t all Black Matter is up to…A new and somewhat mysterious side project is in the works with Black Matter and his friend Stanislav. Enter new production duo, Silver + Gold. Take the lighthearted, happy vibes from Black Matters’ “Boom Clap” remix, and do a total 180 into the realm of techno. 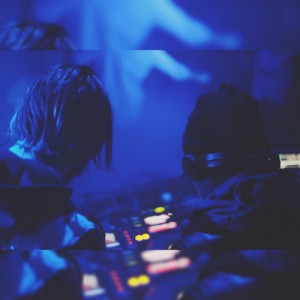 Silver + Gold’s first release is a remix of Atari Teenage Riot – We Are From The Internet. The track is electro meets techno, and is full of dark, weird sounds that are insanely addictive. Their added vocals to the intro lead up to a suspenseful beginning that musically creates a scene leaving everyone in a state of anticipation. As the organs begin to chime simultaneously with the chirping birds, all hell breaks loose with an absolutely epic drop! We are definitely looking forward to hearing more from Silver + Gold.