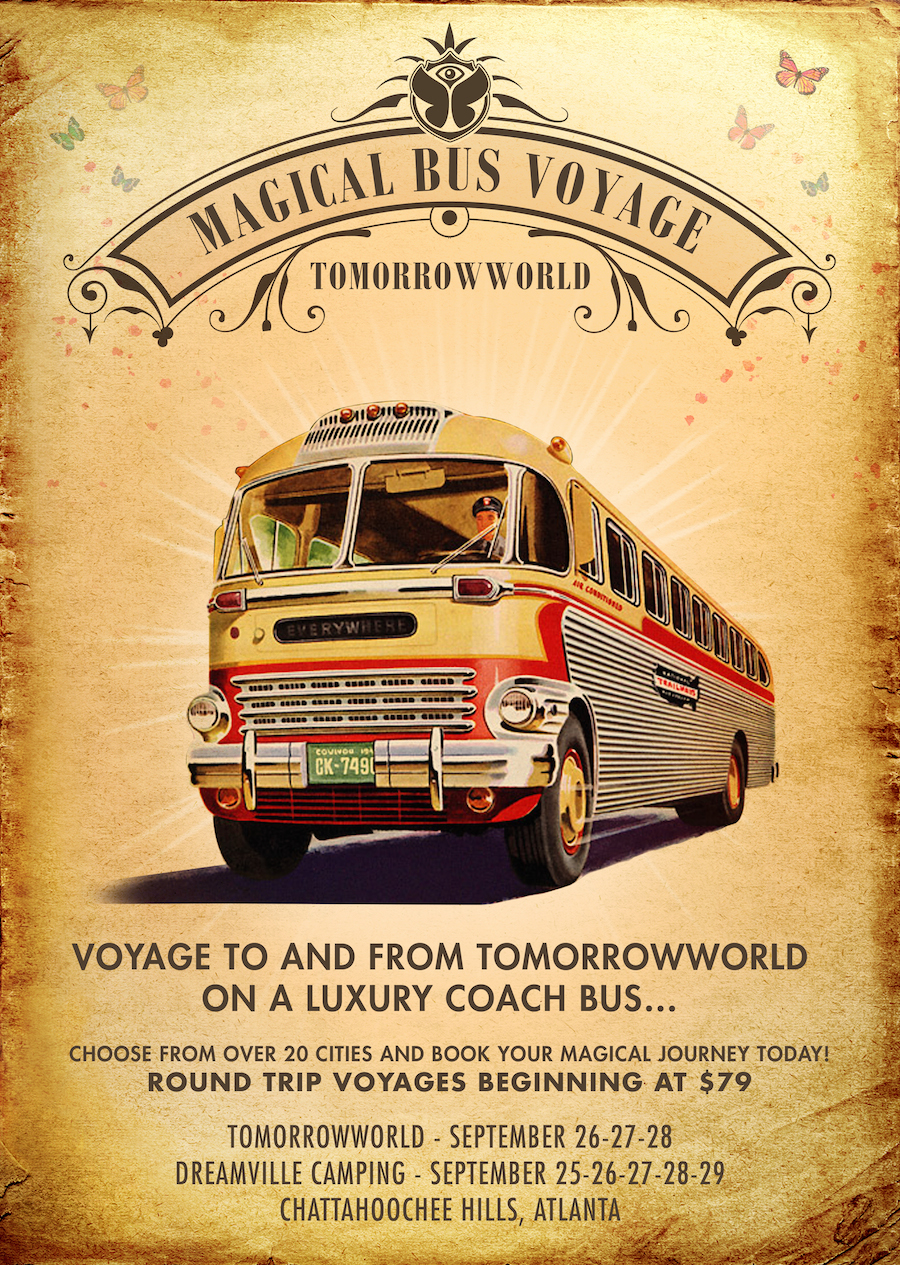 I know the more I post about TomorrowWorld the more anoxious everyone gets. BUT! We are now only 2 months and some change away from the most impressive music festival on the planet. 2014 gave birth to some next level lineups but not one festival will see a lineup like TomorrowWorld’s. Recently the creators of TomorrowWorld revealed the Bus Packages that are such good deals they might as well be magical. Festival-goers will be able to take these buses from over 28 cities starting at a low price of $79. Some of the cities include Miami, Birmingham, and Houston. Buses will depart from their starting cities on Thursday September 25th and will return to the original destination on Monday September 29th.