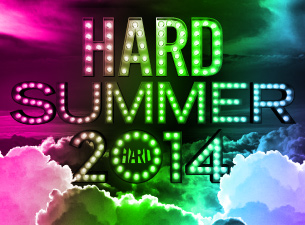 If you’re like my you’re aching away to see the full and final lineup for Hard Summer 2014. Well while this isn’t the full release- there’s something quite fun in being teased with a slow leak of the artists to come. Announced this morning, Hardfest put on their website six more artists to play for this year’s music festival. This includes Dj Snake, Julio Bashmore, The Chainsmokers, Rustie, Pusha T, and J. Phlip.

In case you missed the last announcement containing the names of the first three artists to play- those included: Cashmere Cat, Shiba San, and Seth Troxler. They also released a pretty wicked awesome mixtape series with the first installment from Seth Troxler himself

So if you haven’t purchased your tickets yet, be sure to grab em here as I’m sure they will go faster and faster with each and every announcement.