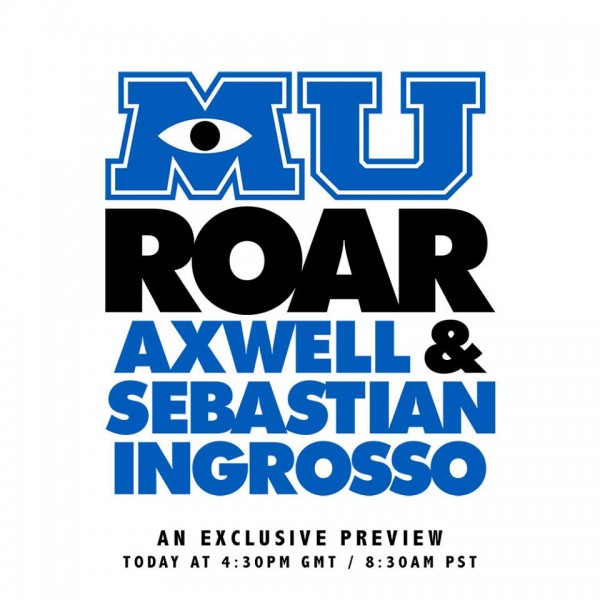 Monsters University is the long awaited prequel to Monsters Incorporated, where we were first introduced to everyone’s favorite characters Mike Wazowski and James P. “Sulley” Sullivan. The film’s theatrical release is scheduled for June 21st of this year. The Monsters University soundtrack, composed by Randy Newman, will feature one track titled “Roar” by Axwell and Sebastian Ingrosso of the Swedish House Mafia. The soundtrack is due out June 18th. Today, it has come to my attention that “Roar” will be out for download June 4th, along with its highly inticipated EP. The EP is said to have featured artists such as MC Yogi and Style of Eye. JUST NOW, Axwell and Sebastian Ingrosso revealed a preview of their new track through the new trailer for Monster’s Universty. Posted on Sebastian’s facebook page, he wrote “We are so proud to have had the privilege of creating a track for the forthcoming Disney Pixar Monsters University!! ROAR: the world premiere… Coming very soon! Until then here’s an exclusive sneak peek from the new ‘It All Began Here’ movie trailer!” So here it is people. Be one of the first people to hear it, and remember who brought it to you first!

To listen to the song, go to the website below and watch the “It All Began Here” trailer.