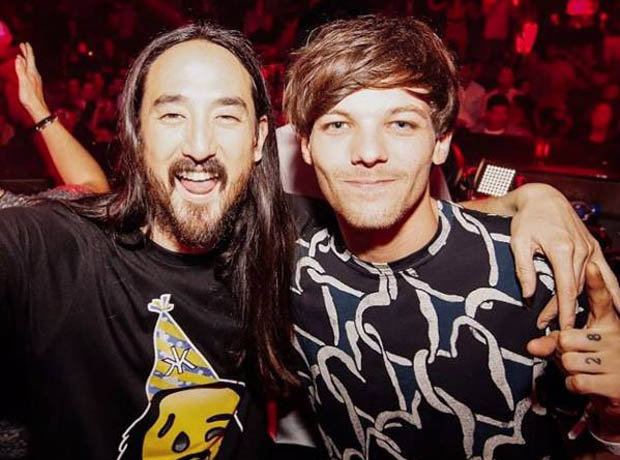 Louis Tomlinson of One Direction has temporarily stepped away from his fellow boyband mates to bring fans something that’s completely different…a collaboration with the notorious cake-throwing DJ/producer Steve Aoki.

Their track, which was originally premiered for the first time on the season finale of The X Factor UK, is titled “Just Hold On.” An appropriate setting considering it was the same TV show and stage where Tomlinson came to fame back in 2010.

“Just Hold On” is perfectly balanced in showcasing both Tomlinson’s and Aoki’s strong suits in music: pop and electronic dance. The tune is incredibly uplifting with the powerful message to continue pushing through the hard times. As Tomlinson just recently loss his mother to cancer, the song also acts as a beautiful homage to her while he works through this misfortune.

A hit song that’s sure to make its mark on the music charts, check it out down below.