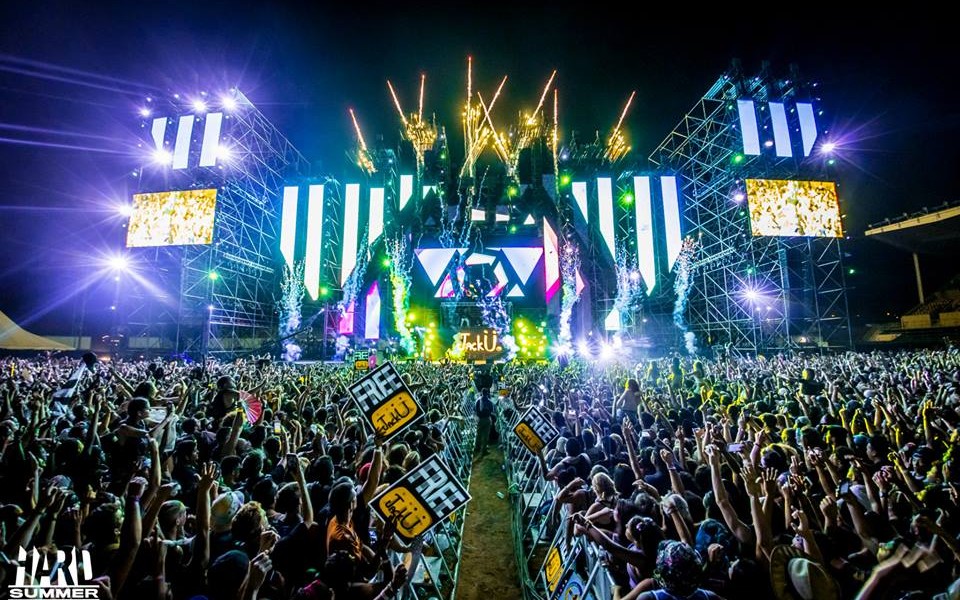 It’s always the weirdest feeling when you go from waiting anxiously for a music festival to in the blink of an eye it’s over and gone. While the dirt has been washed away and the second, third and.. and let’s face it fourth layer of sweat is gone, the memories of HARD Summer will last a lifetime. 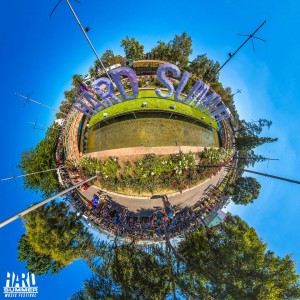 DAY ONE
No one ever really anticipates the tragedy of traffic heading into a venue. All the built up excitement that had combined over the last couple months, weeks, and prior hours have finally surfaced and everyone wants to be inside dancing right then and right there. I think it’s safe to say that with the help of the local cops and traffic directors, signs, and partnering with Uber this issue became really non existent. While there was some slow movement at first, as soon as your feet hit the pavement, everything went by incredibly fast. The real dilemma started once you were inside and you had to pick where you wanted to go and how many incredible artists you could fit into one day. The one thing that Pomona Fairplex really provides beyond all other venues is the key to doing everything you want to do without trekking it. From getting to the good vibes start at Mija at the 7UP tent to taking the back way to get low to Bro Safari at HARD Stage, everything was easily accessible. I also feel the need to mention how incredible the water stations were mapped out for rehydrating and the bathrooms for emptying the tank. I never once waited more than a couple minutes or was disgusted by the condition things were in. 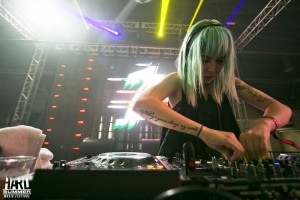 Back to the good stuff though. While the heat definitely tried to take over the day, every one continued to dancing and moving to their heart’s content.. .and then some. I can personally say that I sweated it out to Anna Lunoe, grooved to Tchami, got swept away by Odesza, swooned by some The Weeknd, and blown away by Porter Robinson. If there’s one thing you take of my opinion in this article it should be that Porter Robinson live is by far one of the most intricate and well designed/sounding sets ever. If you’ve never seen it, you absolutely need to look up tickets right now and get on it. Besides hearing some of the most moving music, Porter backs it up with a story line that just leaves your jaw dropping. However, my night did not end there. Dillon Francis continued to take away the night and rocked the main stage with his sweet beats and dance inducing tunes. For those who Ubered to end the night, you can feel me on the slowness of the app once in line, but once you were in, you got it and getting out was a breeze. 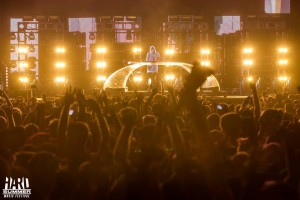 DAY TWO
Day two started off hot, but what’s a little heat when you’ve got all your favorite artists lined up for the day. While the side stages did get packed and eventually stopped letting people in from time to time, the experience inside was an intense, sweaty, magical dancing environment. I personally got to witness Jai Wolf play to a packed room of music hungry people who wanted nothing, but more music. After the Purple Stage adventure, my friends and I found what would be our shady haven home for the next 8 hours. Carmada held one of the most diverse sets and Jauz, well he absolutely killed it. Can we all just say how incredible it is that he played Main Stage for his first time playing HARD? Well done sir, well f**king done, you deserved it. Your Shark squad was definitely in full force. The day progressed and the sweat got real as DJ. Mustard, GTA, and Zeds Dead brought the perfect melting pot of Hip Hop, Moombahton, and Dubstep. 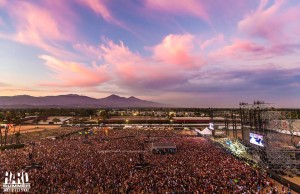 For my favorite set of the night, I definitely have to applaud RL Grime for throwing down some dirty beats and really turning the fire up even when the sun went down and the sound seemed to be quite low. I hadn’t seen him play in awhile and as a HARD festival regular, RL was definitely on the top of the list for artists to see.To close the night, Jack U brought an insane amount of energy. I’m sad to say I did miss Aluna George and Justin Bieber, but trust me when I say it was the performance heard around the world. It leaves me pretty nostalgic to be wrapping up the last sentence for this review as it means, it’s really over, but before I can get too sad I always remember one thing: HARD DAY OF THE DEAD IS COMING!