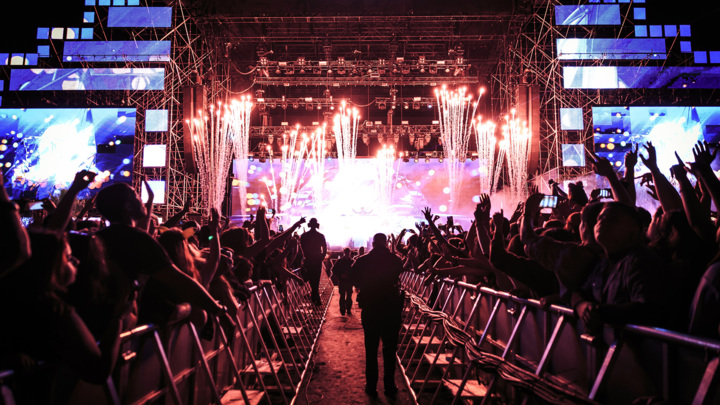 For the past three years I’ve been an avid HARDfest event attendee and fan. From HARD Summer to HARD Day Of The Dead, I’ve been through some of the major festival changes like the two day expansion and musical chairs of scenery since the home at LA Historic Park underwent construction. I have to admit I was a little skeptical at the new location this year in Pomona after being slightly disappointed by the previous grounds at Whittier Narrows Recreation Area, but Gary Richards and the HARD team proved me wrong this past weekend for HARD Day Of The Dead 2014. It was hands down one of the best weekends I’ve had to date. 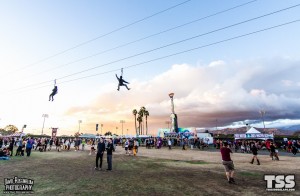 THE LOCATION
The Pomona Fairplex was like a haven for all attendees. While the night before brought a great amount of rainfall, the grounds were almost completely dry. Unlike the LA Historic Park, the Pomona Fairplex brought the comfort and cleanliness of cement for about 95% of the walkways with very few places covered in mud (aside from Main Stage). Two of the stages were also inside which provided not only warmth the first day, but an amazing setting for daytime visuals. Day Of The Dead goers could still rage through rain or shine without a worry and all the focus on the music and the stage productions. It also helped that each stage wasn’t spread too far apart from one another, but within good walking distance to make for easy stage hopping. The parking was also one of the easiest, most organized experiences I’ve ever had. 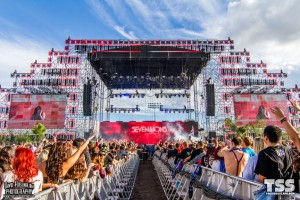 Going in to this weekend was pretty overwhelming, but having the HARD Day Of The Dead app to schedule where I was aiming to be was incredibly helpful. Day One I started off at the Purple stage for Just A Gent and Cory Enemy. Both artists managed to draw in a big crowd despite the cold weather and early set times. What was nice however, was how close the Green and Pink Stages were so that I could run to Sweater Beats and still make it in time to catch some Anna Lunoe. The rest of the day’s soundtrack included some Alesia,Seven Lions, GTA, an incredible live set from Pretty Lights, and twerk master ,Diplo. I also was able to catch Zhu for his debut appearance which had some pretty magical feels. 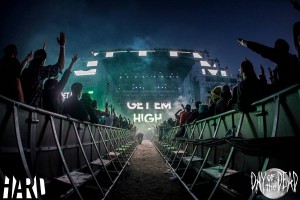 DAY TWO
Day Two started off with Nina Las Vegas’ debut at an American festival. She absolutely killed her set and had everyone in the hall working up a sweat. Walking from the Pink Stage to the HARDER stage, I was able to catch some Dirty Bird madness as their BBQ kicked off. By the time I reached Valentino Khan the crowd was going absolutely bananas. For such an early set, he drew in an enormous crowd. I should also mention here how awesome and convenient the Beer Gardens were next to the HARD and HARDER stage. Without having to fight a crowd or worry about getting your beer knocked over, one could enjoy a great view while enjoying a tasty beverage. The rest of my day I enjoyed the sounds of RL Grime, Borgore, Galantis, Thomas Jack, TJR, Zeds Dead, and of course, Bassnectar. While Zedd did bring out Dillon Francis for some fun, Bassnectar held down the HARDER stage with an incredible set that solidified the epic weekend.

Overall, this year’s Day Of The Dead was one for the books. As much as I love LA Historic Park, I think all attendees can agree that Pomona Fairplex was the best backdrop for this wild weekend.

EDC Orlando Is Upon Us, Are You Ready?
[Event Review] Pier of Fear at Pier 94 NYC + Live Sets