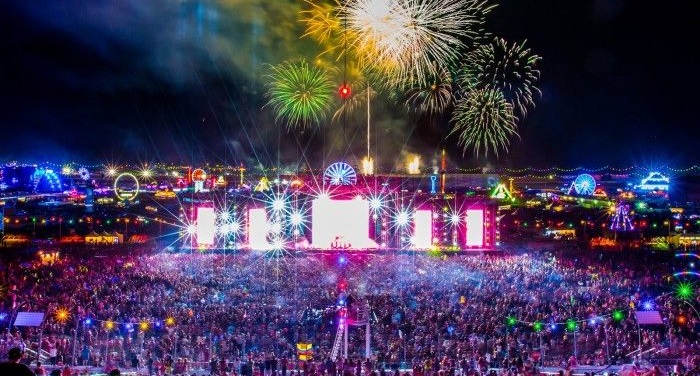 Following the reveal of EDC Las Vegas’s gigantic lineup for 2018, there is no denying that electronic dance music dance fans across the world are chomping at the bit to get into the speedway this May.

With each stage being relatively genre specific, HARD Events has announced it will be hosting the famed cosmicMEADOW stage bringing bring HARD’s forward-thinking musical curation back to the Speedway for the first time since 2014.

Those gracing cosmicMEADOW this year will be A-Trak, Zeds Dead, prolific rap and hip-hop producers Mike Will Made It and DJ Mustard, Tchami and Malaa (No Redemption), Getter, and the debut of The Binches featuring a back-to-back betweenDotcom, Kayzo, Ookay, and Yultron.

For all you house heads out there, MK, Shiba San, Chris Lorenzo and Chris Lake, and Boys Noize will all be throwing down. 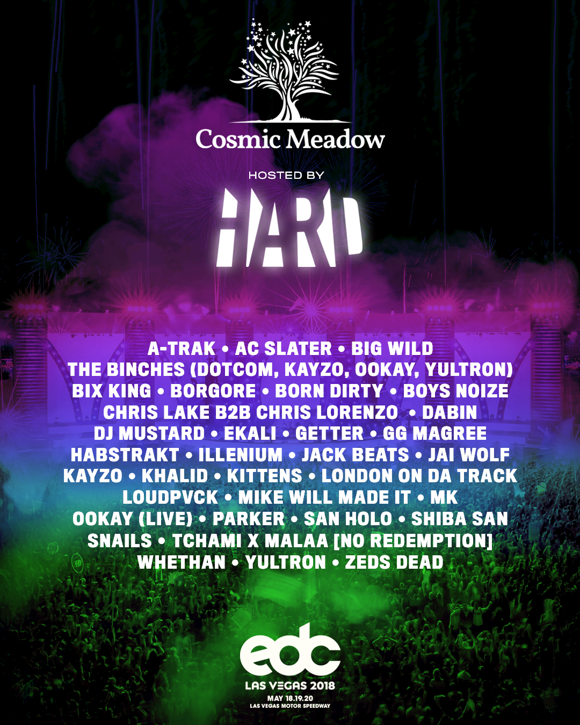