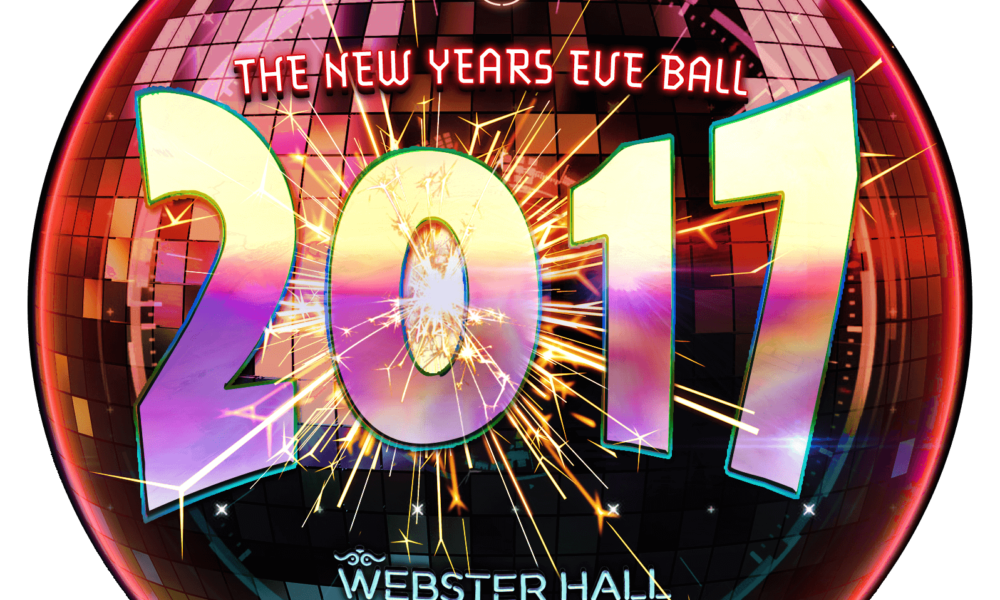 There is no place like New York City during the holidays and welcoming in the new year. From the breathtaking Rockefeller Center Christmas Tree to watching the ball drop in Times Square, the Big Apple is where all the action is and that also applies to it’s NYE parties. While there are plenty of options to choose from, year after year the legendary Webster Hall proves to be the must-attend party as we enter the new year.

What’s so special about Webster’s New Years Eve? Four dance floors with six different rooms to choose from featuring 8 of New York City’s best DJs and the largest balloon drop in the free world featuring over 100,000 balloons with a complimentary champagne toast at midnight. All guests will also receive a Webster Hall 2017 membership card that grants you free admission to the club Thursday, Friday, and Saturday before 1AM all year long!

Want to keep the party going until the sun comes up? Well, Webster Hall is hosting a very special After Hours featuring GRiZ (DJ), Gramatik, Jenaux and whoever else may decide to stop by. Their iconic BASSment Saturdays After Hours will feature sets from Megalodon, Laetus, Evac Protocol for all those who love bass. That not enough for ya? There will also be a continental breakfast for those who party through the night.

Webster Hall is THE place to be to welcome in 2017. We highly recommend you grab your tickets to this unforgettable New Year’s Eve Ball before it’s too late!