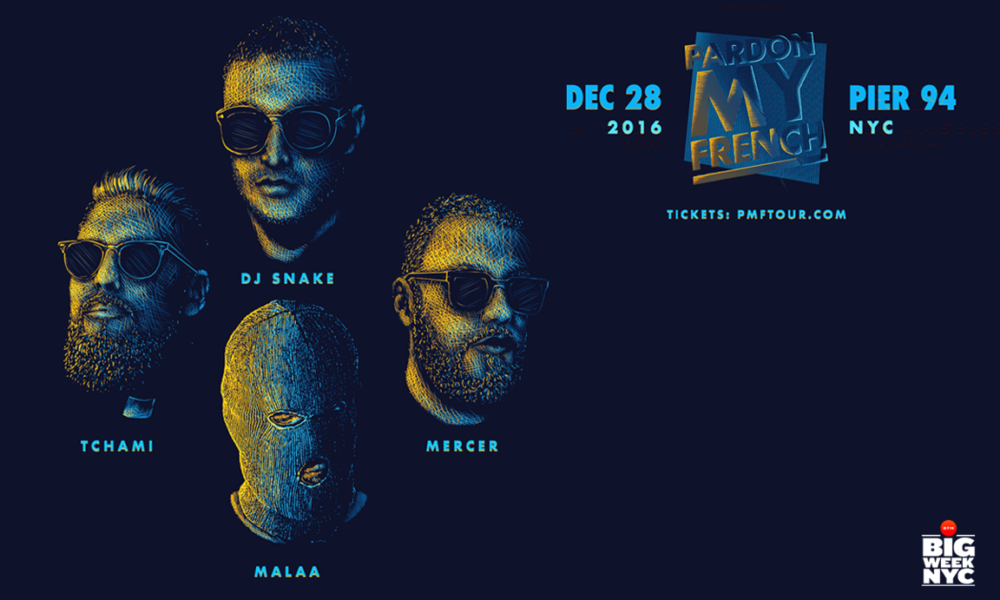 Earlier this year, the Parisian superstars DJ Snake, Tchami, Mercer and Malaa announced they were hitting the road together as part of their 6-stop Pardon My French that took the electronic dance community by storm. However, while everyone was excited about such a star-studded tour, one major market wasn’t invited to the party, New York City. Well, RPM Presents has announced the French invasion will be paying a visit to Pier 94 as part of their annual “Big Week NYC” to close out the year.

Since the Big Apple has been waiting and this show is simply a can’t miss, we’ve teamed up with our friends over at RPM to giveaway a pair of tickets to this Pardon My French stop. Enter for your chance to win in the widget below and the lucky winner will be announced Monday, December 26th.