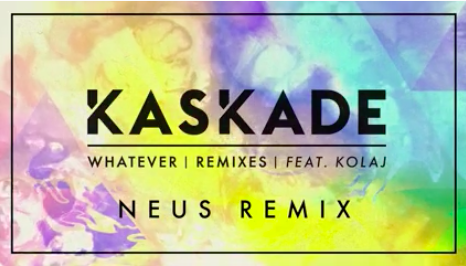 2015 was a huge year for the one and only Kaskade. From his headlining show at Coachella, which drew in one of the biggest crowds the festival has ever seen, to his Automatic tour that followed the release of his 12th studio album, Kaskade continues to smash the electronic dance music world.

Just a few hours ago on his social media accounts, Kaskade announced that the “Whatever” remix pack would be released on February 12th and gave fans a preview of what to expect with NEUS‘ very own take on the track. The original version of “Whatever,” which features vocals by KOLAJ, has a dreamy and uplifting feel. However, NEUS has managed to inject the tune with some of his funky flair, turning the Kaskade favorite into a major dance floor hit.

“I opened my #REDUX set in NYC with this “Whatever” Rmx by @Neus and it absolutely slayed.”