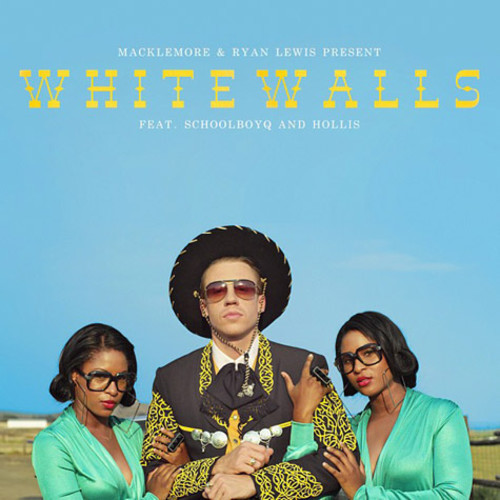 Shark Face Gang unite in the new visuals for Macklemore and Ryan Lewis’ latest single ‘White Walls’ from their breakout album, ‘The Heist.’ It’s all about the Cadi in this one as Ben and Ryan throw the craziest cook out of the year. The video see’s Macklemore on his matador swag and features cameos from Wiz, Big Boi, Trinidad Jame$, A$AP Rocky, DJ Drama and Sir Mix-a-Lot. The Seattle duo summon the beautiful voice of Hollis and the fresh lyricism of ScHoolboy Q to take the song to another level. There are so many good tracks on that album it’s hard to pick just one but this cut is definitely in my top three. With over two million plus views in just nine days, chances are you’ve already seen this, but it’s so epic you’re probably going to want to peep it again. For those of you who haven’t seen this yet I’ll just leave it right here… TURN UP!