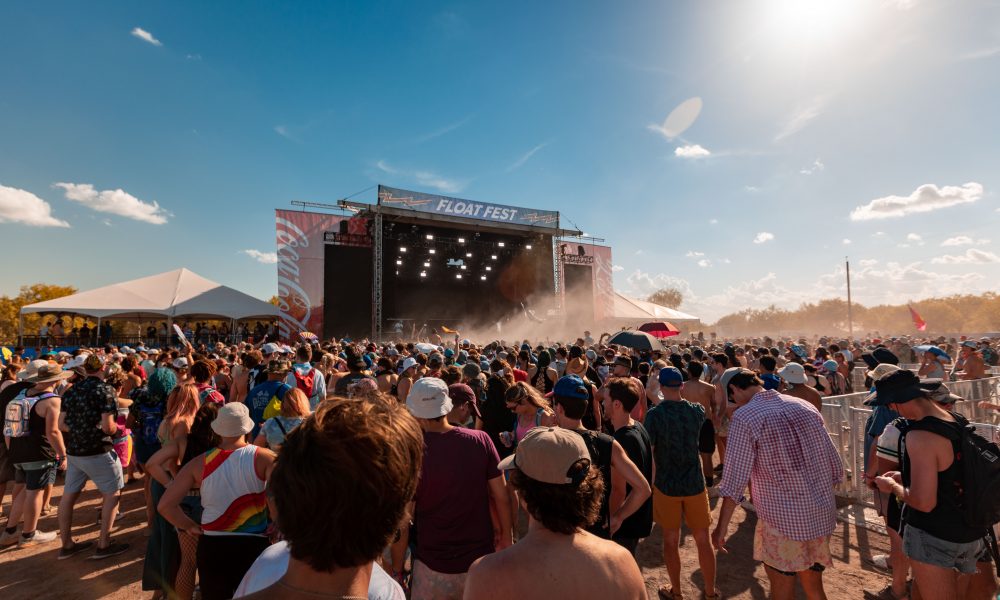 If you thought you knew what hot was, think again. Temperatures topped 100F at points and this made floating the river a must. Glad we did it, because we were able to meet a bunch of cool people we wouldn’t have otherwise. This was our first time to a floating festival and also our first time to Float Fest. The river ride had two exit options, with a total ride being 4 hours and the earlier exit being closer to the 3-hour mark. Let’s jump right into day one. 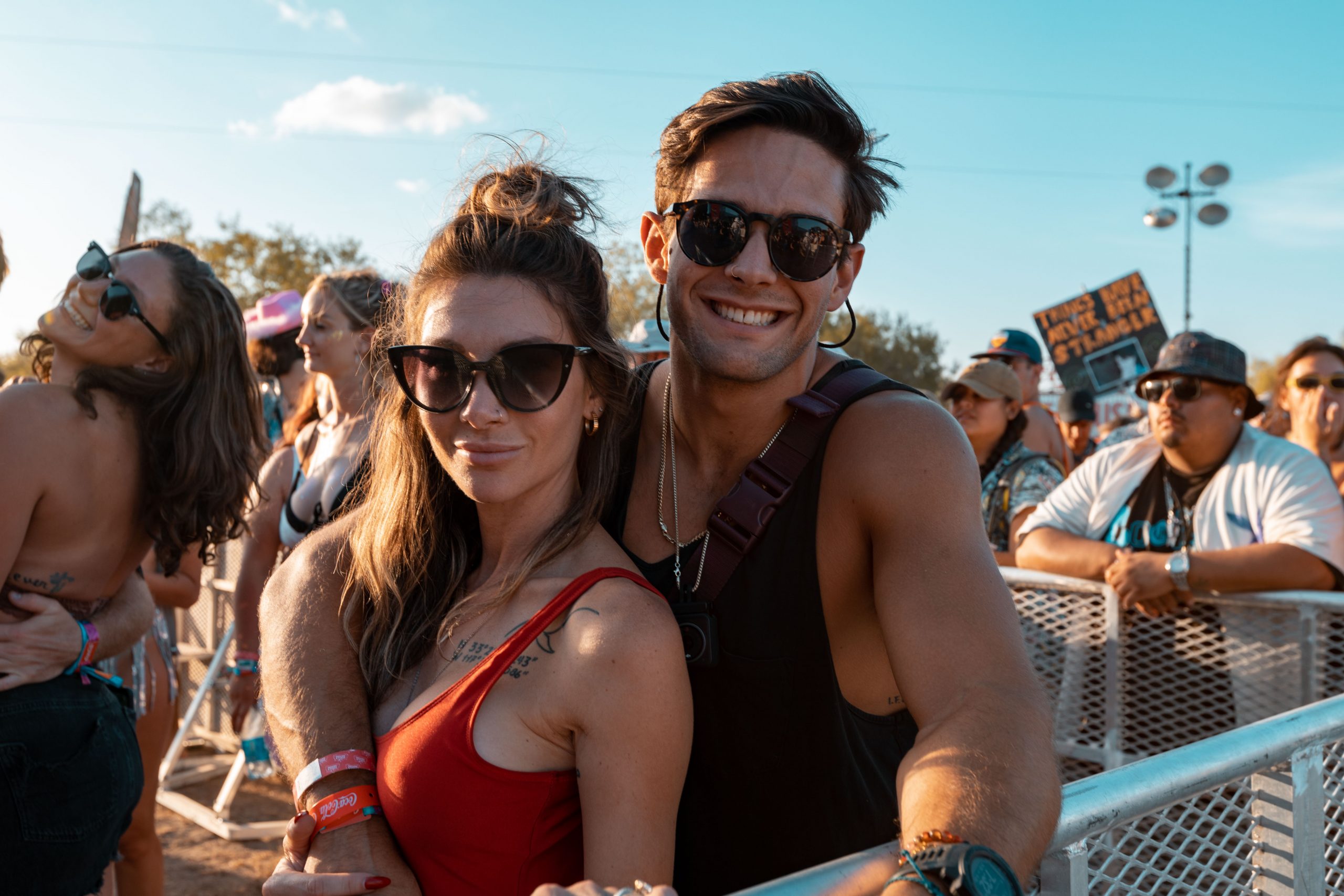 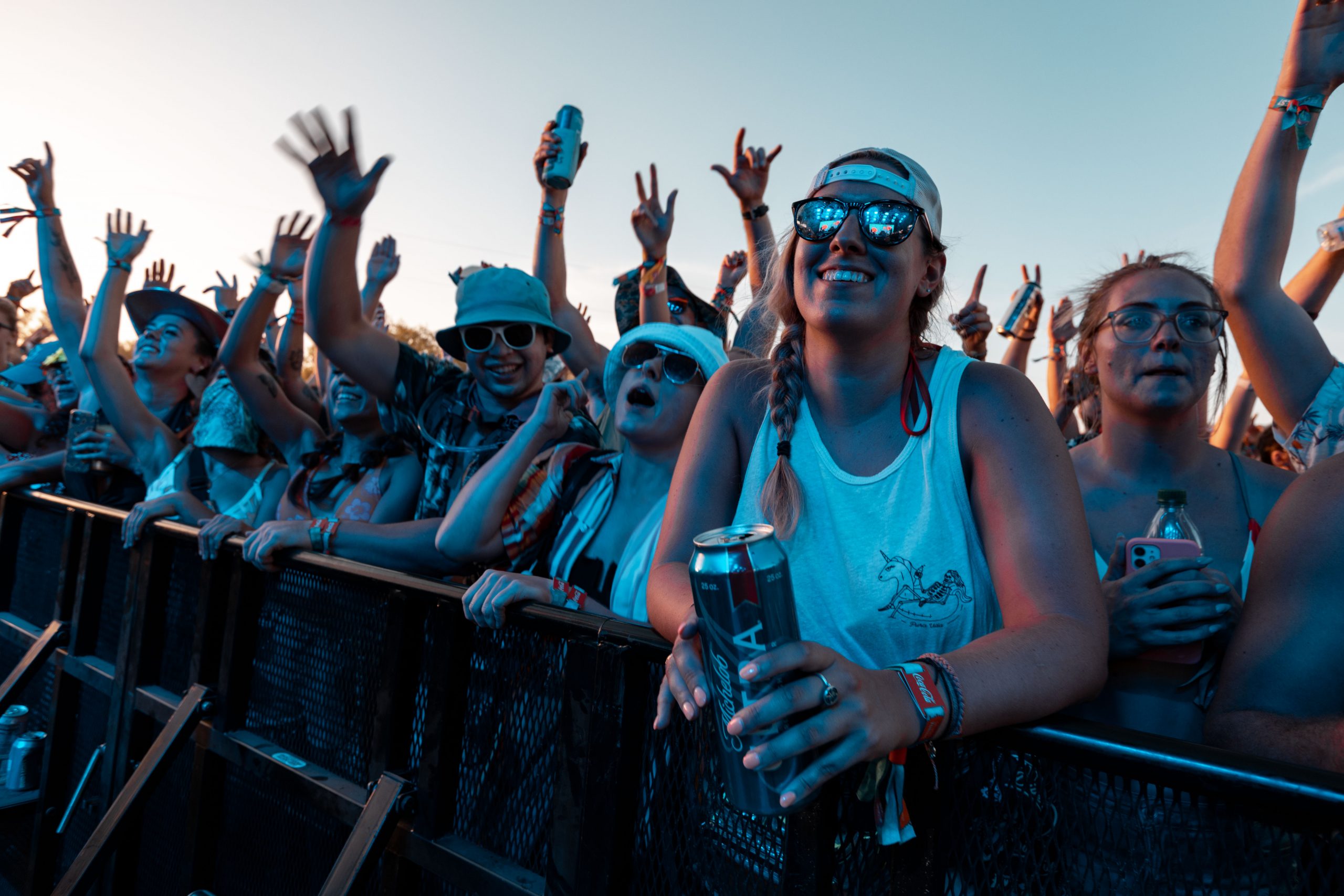 Day one started off with a 3 hour float down the Guadalupe river. If you bring a cooler, which we highly recommend you should, you can purchase a tube for your cooler. This way, you can catch some light rays while enjoying a cold one. PRO TIP: A waterproof Bluetooth speaker will make you the hit of the waterways. After you enjoy your float, head to the showers and get all festival ready for a sunset and night under the stars. That was a huge highlight of being this far out of town. You are so much closer to world as we once knew it. The first act we caught was Two Feet. It was a fairly intimate set that featured him and his guitar. You got a sense from the crowd singing along to all the popular records that TF knew how to connect. Next up we had Quinn XCII. He delivered a great set and the crowd really came alive. Quinn had this neon pink hat on that definitely made him stand out. “Stay Next To Me” went off as expected and the entire crowd was aerial at one point. 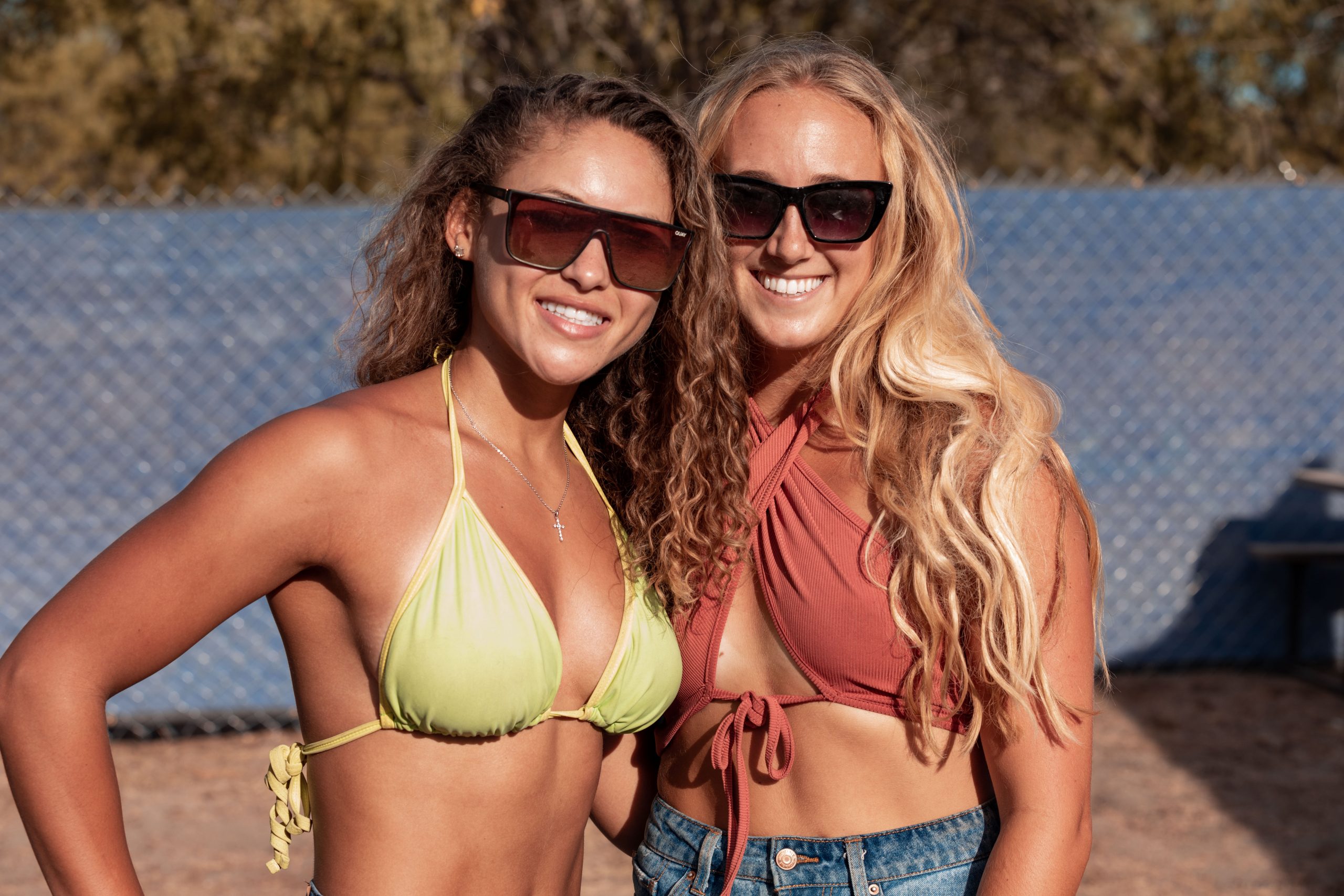 We took a dinner break to grub down before Montreal-raised Kaytranada took to the decks to cut up the night sky with his undeniable records. We grabbed some gyro’s from one of the vendors that hit all the right points to keep us going to late hours. Kaytranada’s LED production had the people with eyes wide open. The sun had disappeared and it was nothing, but rhythm and blues with some J-Dilla drums. The crowd moved exceptionally well to this set compared to the others. The music at FF was quite diverse and this allowed for the music-goers to have a well balanced experience. 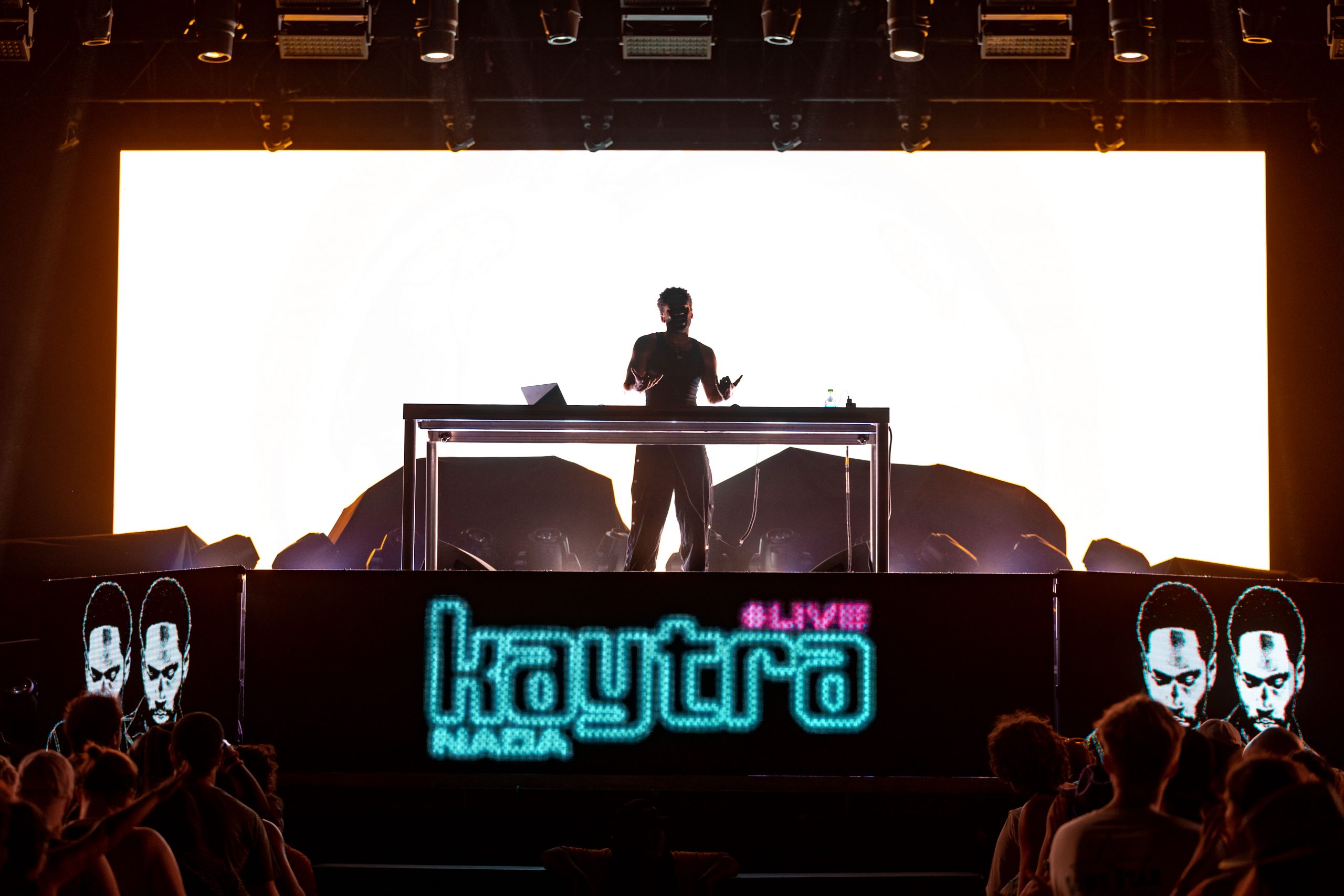 Chance The Rapper was up next back on the Coca Cola mainstage. This was by far my favorite artist to photograph. Him with his iconic “3” cap on just giving the people what they came to see. The vibes were heavenly when he played “Holy” ft. Justin Bieber. The choir in the back of him allowed for these records to channel that studio level experience. This was my first time seeing Chance, so I am definitely adding him as a must see in an intimate setting in the future. 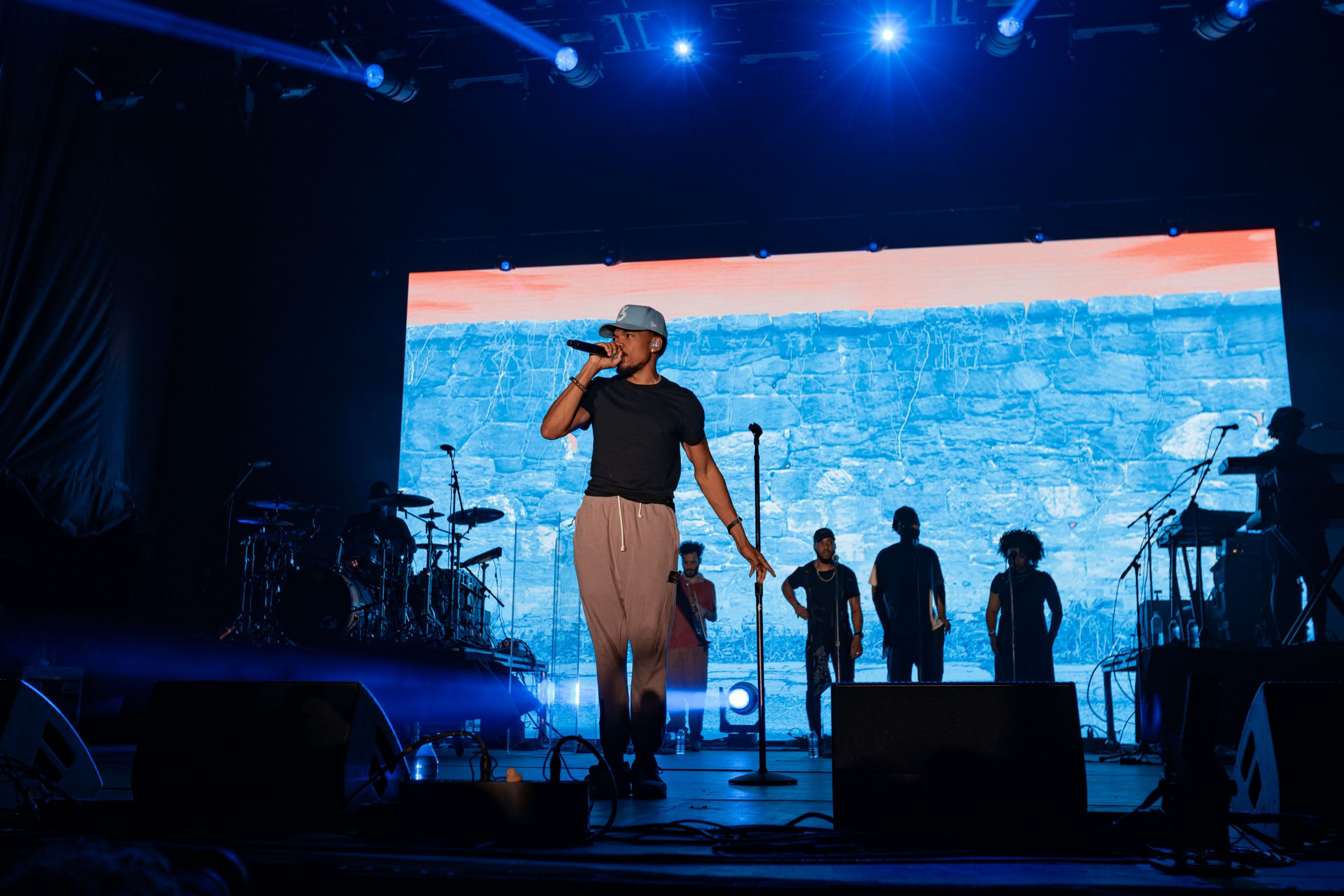 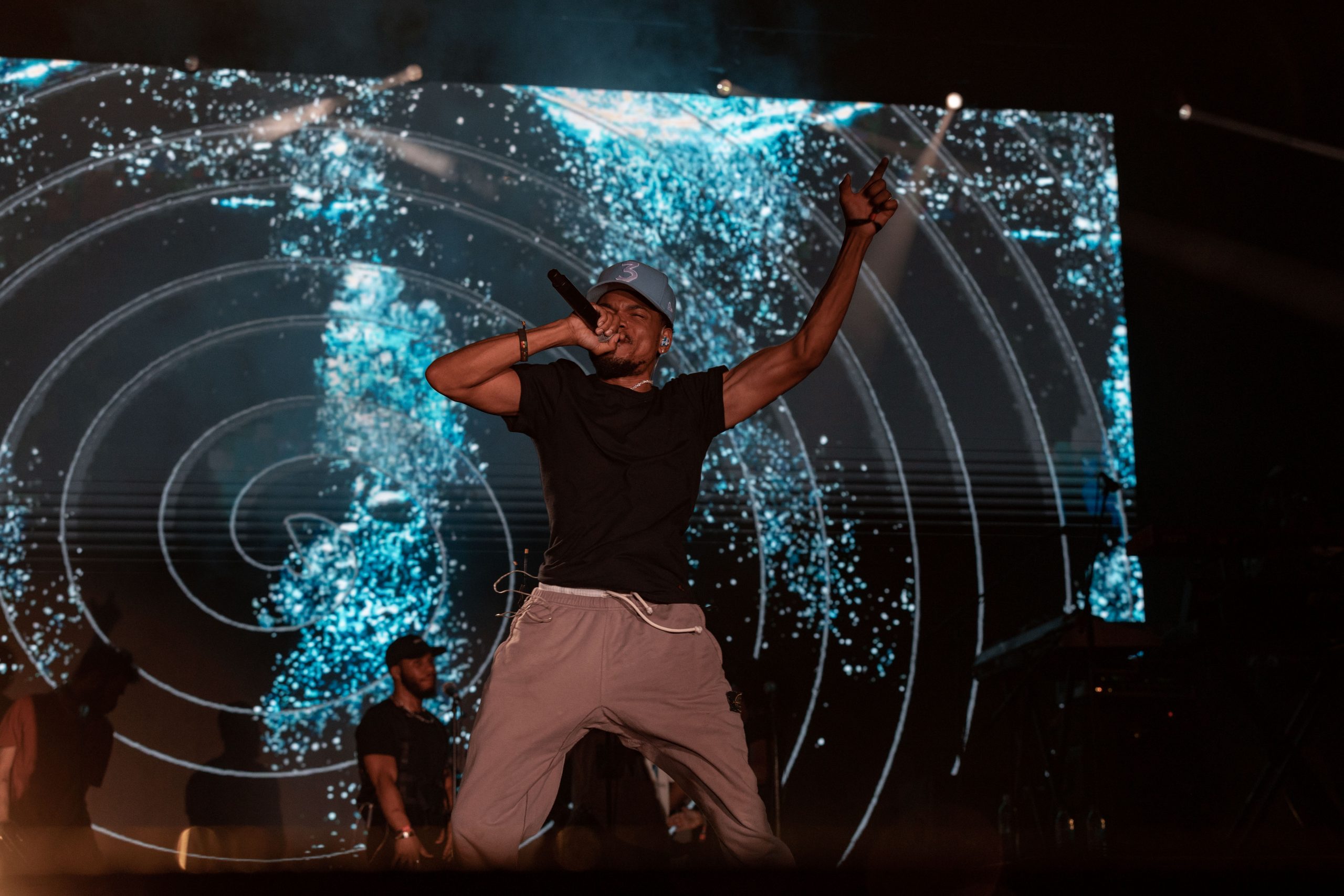 Vampire weekend closed out the studio stage with a fully lit crowd. It was interesting seeing some people came to festival to see certain acts and then leave before the end of the night. VW was one of those performances that I noticed the most. You can see from the photos that it was quite the set. You already know “A-Punk” went off when they played it. This song was played too many times during my college years. 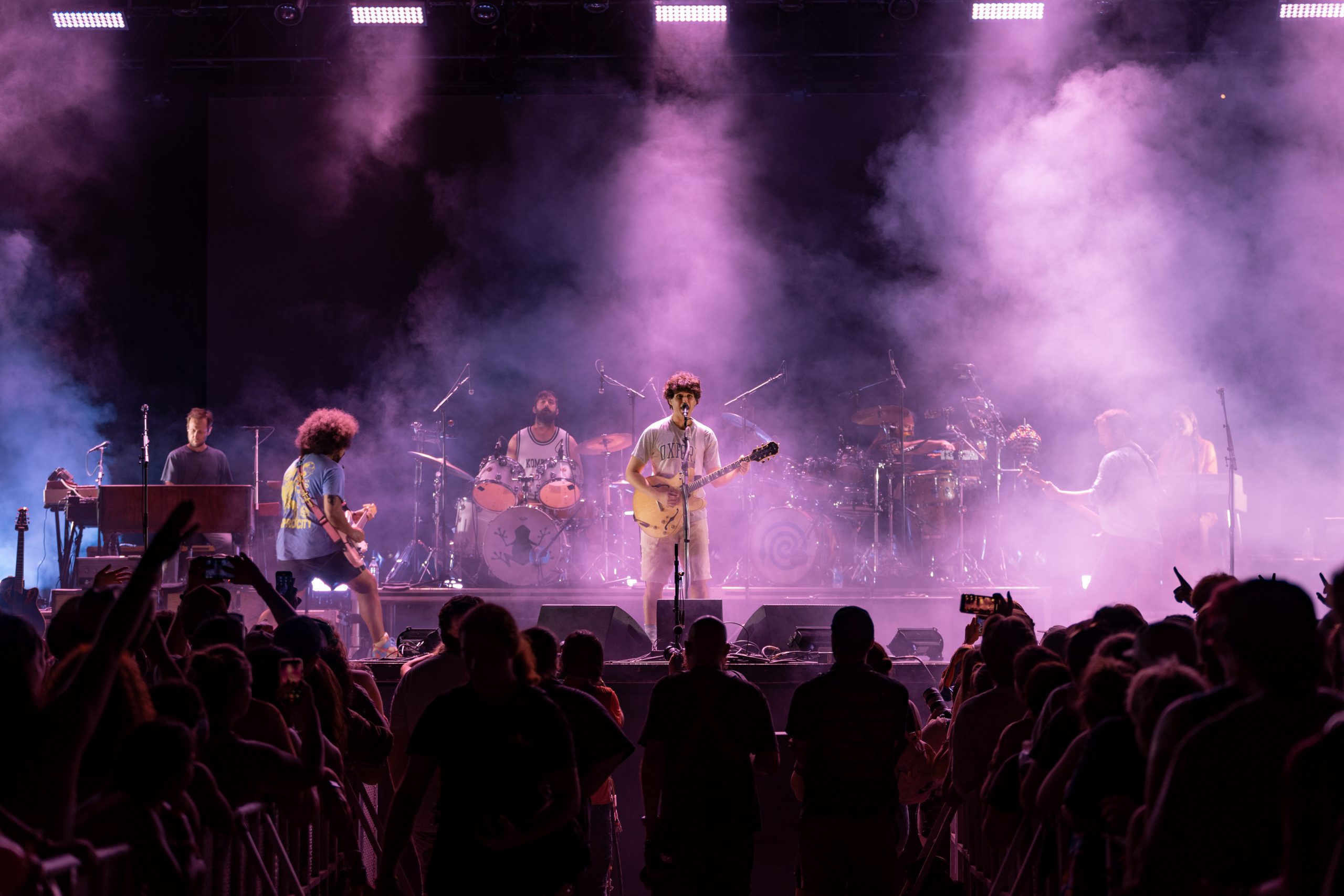 To close out day one, deadmau5 left nothing on the table. He took us back to some of his classic hits that broke him as an electronic artist before dance music was a popular thing. Joel did wear the helmet for parts of the set and we love him for that. His new single, “Escape” that is the first single from his joint project with Kaskade titled kx5 (pronounced K5) was the highlight of the weekend. Man, that song is quite literally, everything that is good in the world. The Rob Swire featuring “Ghost N Stuff” got a mainstage appearance and only the real ones would know about that track. The best of times for dance music.

And we are back with Day two! We copied and pasted the second outing with another float down the river of dreams. This time took a little less time as we spent less time soaking in the rays and were eager to get to the musical side of the day. Biggest regret of the weekend was missing our good friend CVBZ’s set. If you haven’t heard of CVBZ, you can check him out here. Hippie Sabotage took the energy at festival straight to 100 as they often do. They have a knack for bringing the energy out of the crowd. Rowdy hit peak during “Your Soul” and their massive remix of To Love’s “Habits.” That brings us to our next act… Tove Lo.

Tove Lo echoes the get wild motto that Hippie Sabotage have garnered over the years. She performed some classics from her “Queen Of The Clouds” like “Habits,” “Talking Body,” and “Timebomb.” “No One Dies From Love” had a great reaction from the crowd as well. You can tell from her ability to move across the stage that she has developed into a top-class show. If you are wondering, yes, she did flash the crowd. 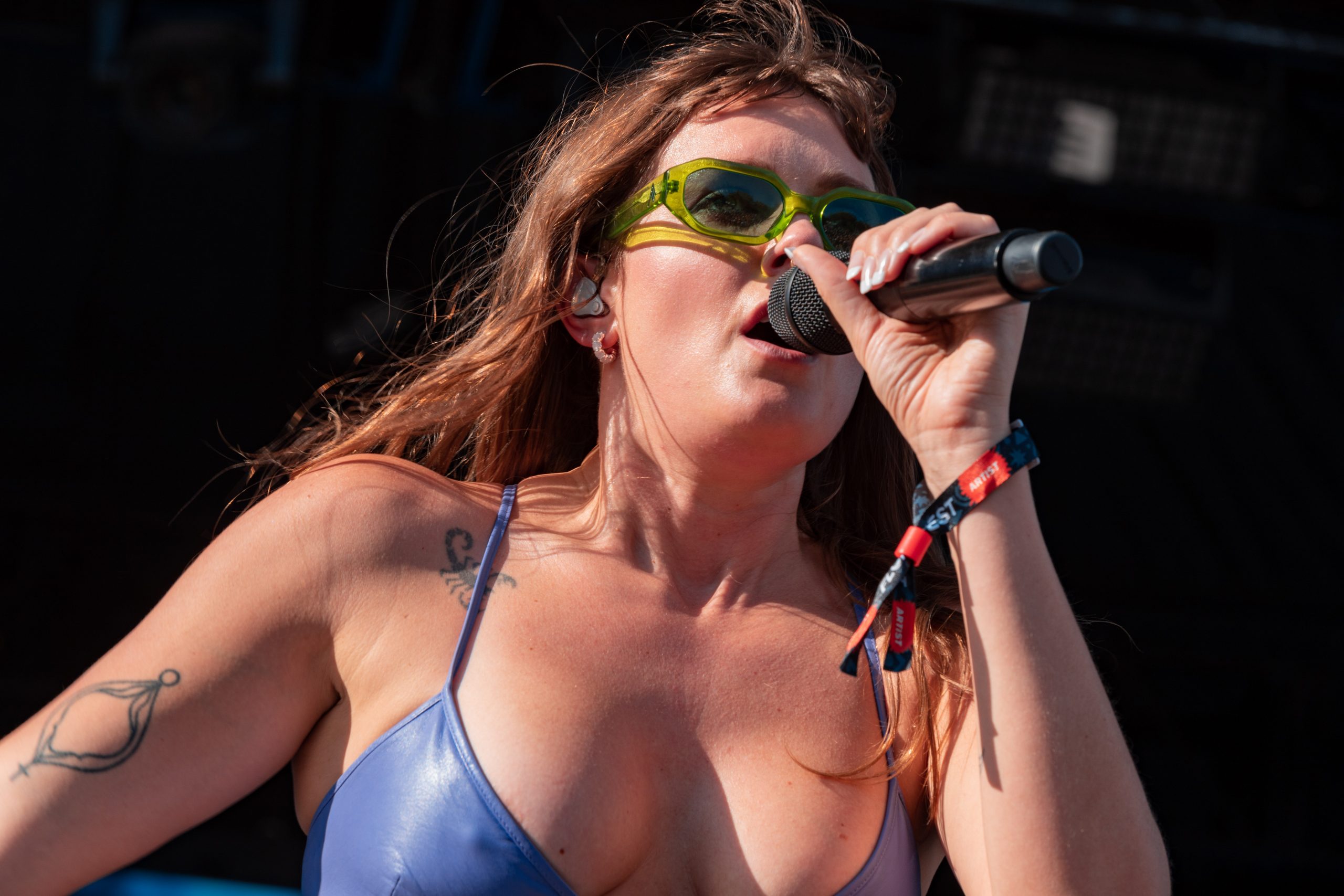 Next up we had the funniest expressions while shooting of the weekend. Pusha T, what a class act. This guy easily had the most fun of anyone performing this weekend. We loved to see him do his thing finally. He played some newer records that still got a great response the crowd. The lighting was perfect as the sun was starting to drift away. 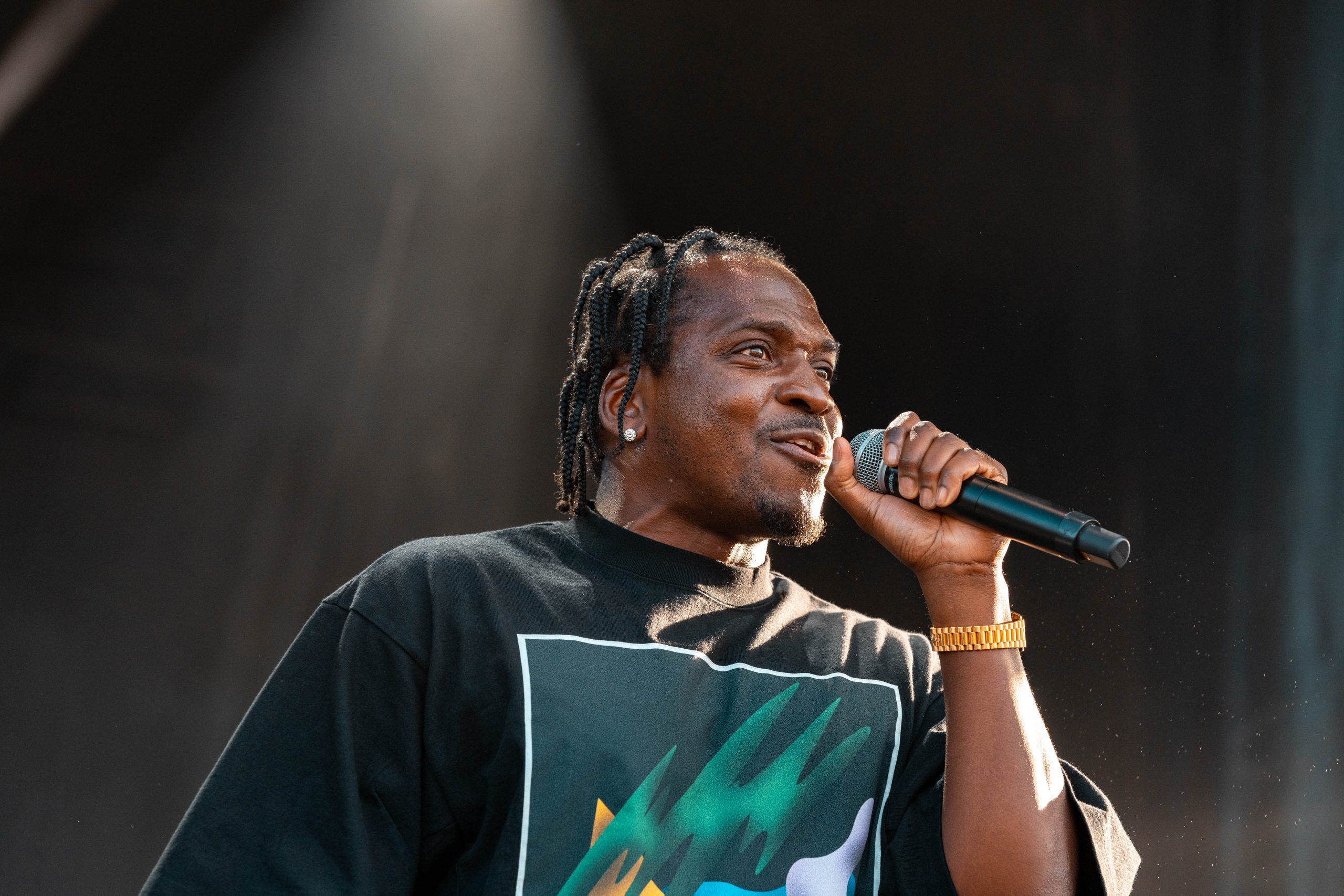 CHVCHES and Lord Huron were quite the live acts that left us wanting more. Hadn’t had the opportunity to see either before so it was cool to see fans take it in with us. Cage The Elephant was mental. The lead singer, Matt Schultz, was all over the place and jumping from speaker to speaker to start off the set. You will see these aerial moves in the photos below. 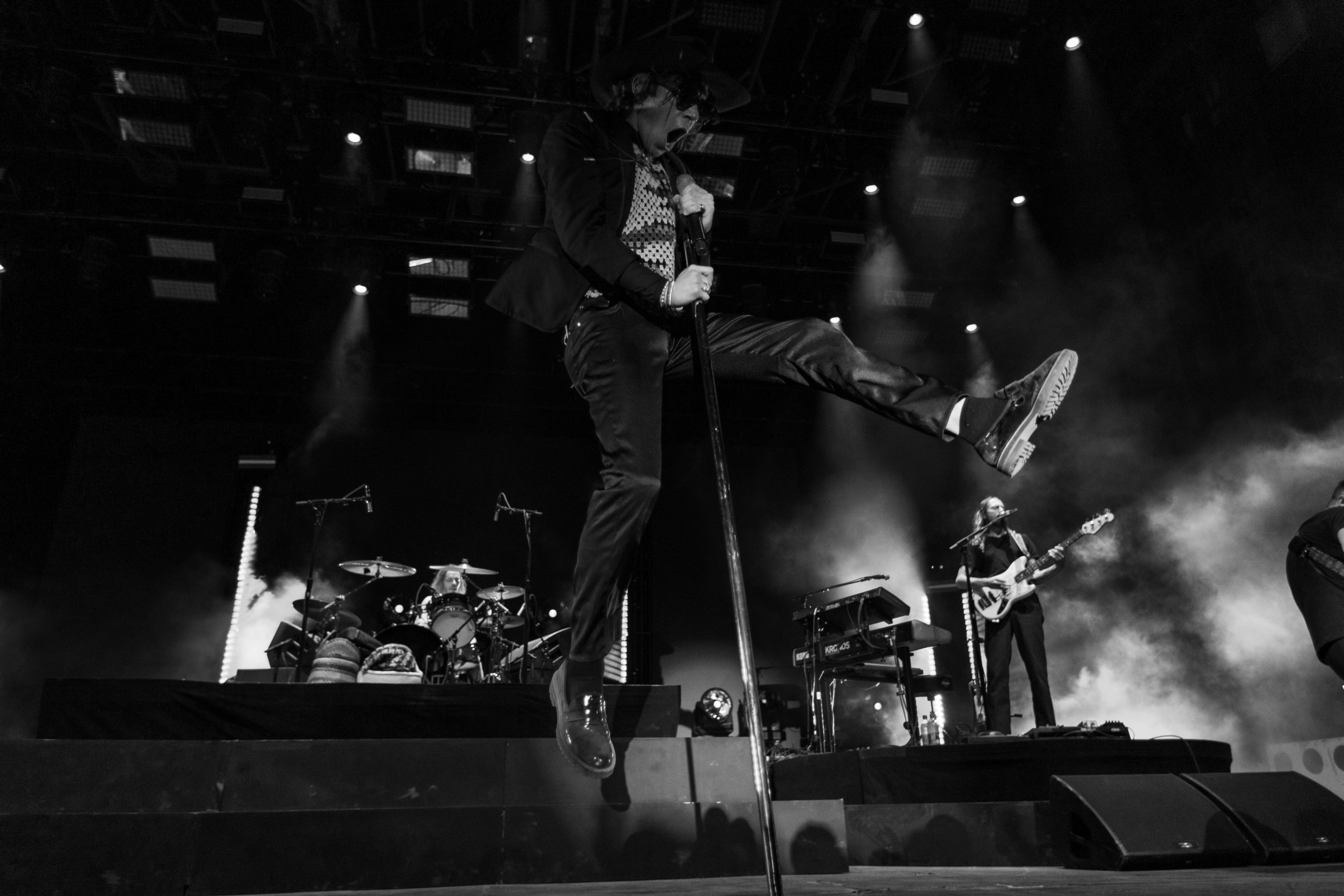 To bring a close to day two and the weekend as a whole, we have the one and the only, Marshmello! Mello does just what Mello does. He left no production at home to say the least. The pyro, fireworks, lasers and all showed up in harmony to his mixing. He had complete control of the crowd before the set even took off. Mello was worth every penny of the trip 1 hour south of Austin, TX. If you haven’t seen him live, make sure to add his next show to your calendar.

In and all, we had a blast at this year’s festival. We recommend you check out next year’s festival if you didn’t get a chance to hit this one. The highlights were the live shows, food, and cooling off while meeting people during the floating. Make sure to check out the official Float Fest socials to see all the action.