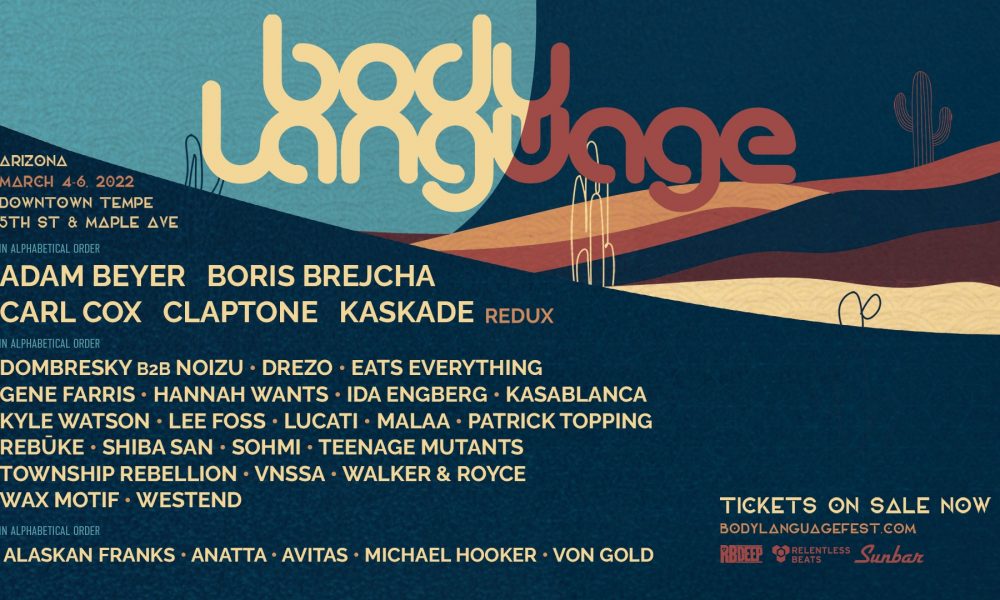 We are a month out from Relentless Beats’s first ever Body Language festival and they just dropped the hammer on us. We have been highly anticipating the announcement of the phase two lineup since the initial lineup release and now it is here. Joining the already stacked lineup with the likes of Kaskade, Adam Beyer, and Carl Cox are Claptone, Gene Farris, Ida Engberg, Lee Foss, Lucati, Patrick Topping, VNSSA, Walker & Royce, and Westend. Arizona has never seen a house or techno lineup like this and it will take the state by storm.

Along with the final lineup additions, it was also announced that the festival will be moving down to Tempe and taking over 5th Street and Maple Avenue. Two main stages will be placed in the streets of Downtown Tempe, centrally located near Mill Avenue and ASU.

Having the fest take place with the city skyline over it will be a sight to see and the anticipation is quickly rising. Along with the news, the day splits were also announced with single day tickets going on sale Friday, February 11 at 10am MST. Three day tickets are on sale now and you can grab them through the link below where you will also find the single day tickets once available. For now, check out the full lineup below and get prepared for an amazing weekend of house and techno music. 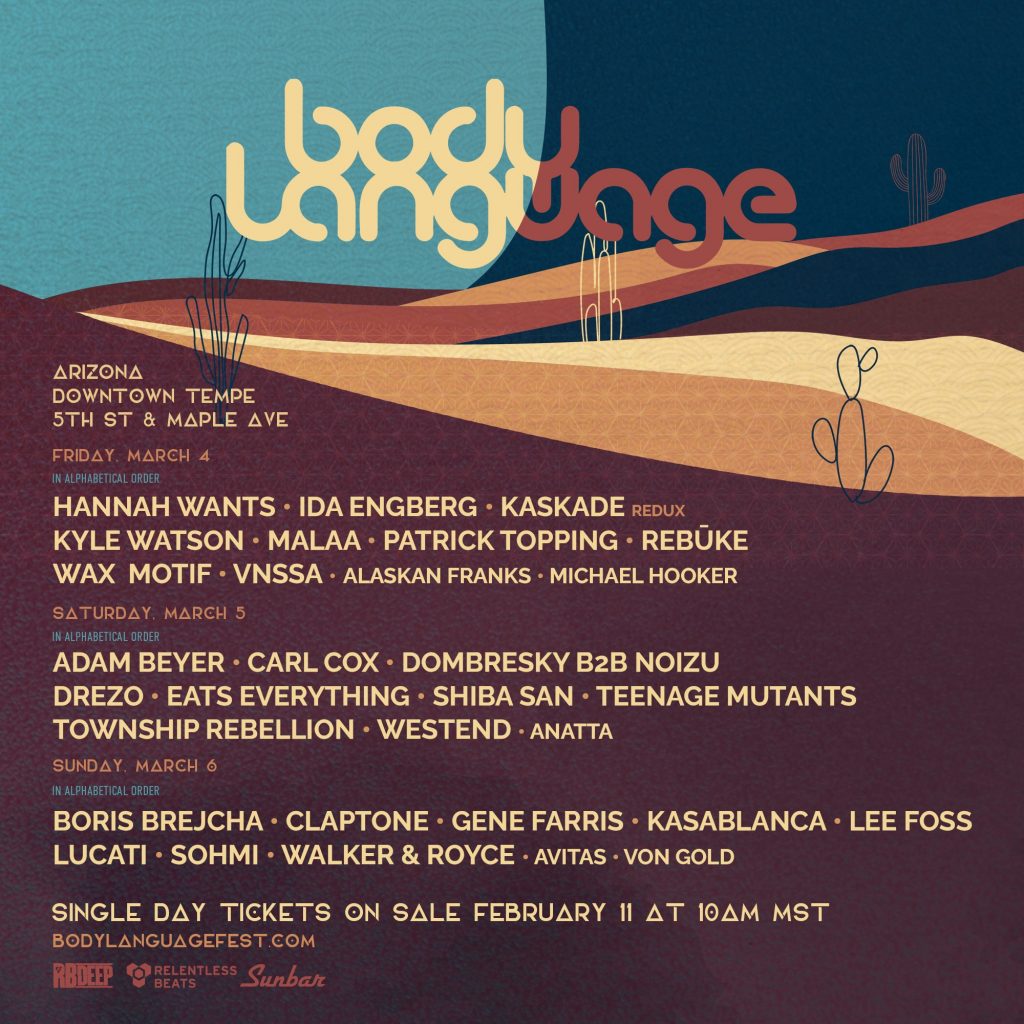