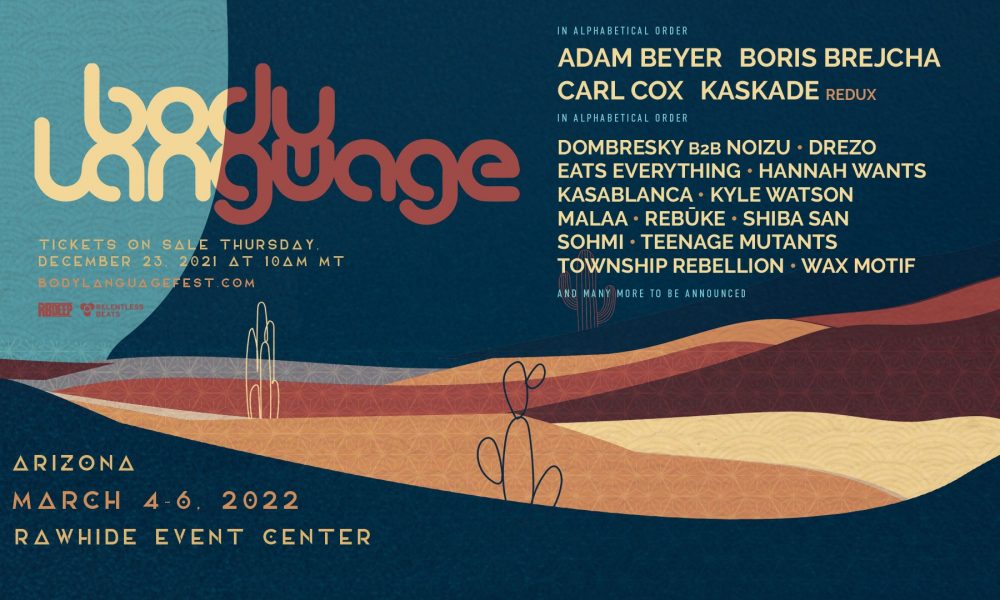 Over the past few years, the United States has seen a resurgence in interest in house and techno. The generation that started out while massive festivals first started emerging approximately a decade ago are now turning to the more intimate setting that house, techno, and the “underground” provide. The history goes further back then this, but in 2015 FNGRS CRSSD and Goldenvoice teamed up to hold their first CRSSD festival in San Diego. Insomniac then launched their Factory 93 brand in May 2016 and since then other event producers have come onto the scene for their own events. Seismic Dance Event in Austin launched in 2018, Arc Music Festival from Auris Presents in Chicago debuted this past Labor Day, and now Relentless Beats in Arizona is debuting Body Language this upcoming March 4-6 at Rawhide Event Center outside of Phoenix.

Additional artists on the lineup include Dombresky b2b Noizu; Drezo; Eats Everything; Hannah Wants; Kasablanca; Kyle Watson; Malaa; Rebuke; Shiba San; Sohmi; Teenage Mutants; Township Rebellion, and Wax Motif. A massive phase 2 lineup will be announced in early 2022, featuring more of the hottest names in underground music, several that have never had a home in Arizona until now, to bolster this already stacked lineup.

Body Language will feature three stages, next-level experiences, and production that has become a calling card for recent Relentless Beats events. Three-Day ticket options are on sale now and you can purchase them here or through the link below.

This event is sure to be something special as we begin to turn the leaf from winter to spring here in AZ and I am stoked to have our own house and techno festival here in my own background. So grab your tickets now and lock in your early 2022 plans by moving your body at Body Language Festival this March! 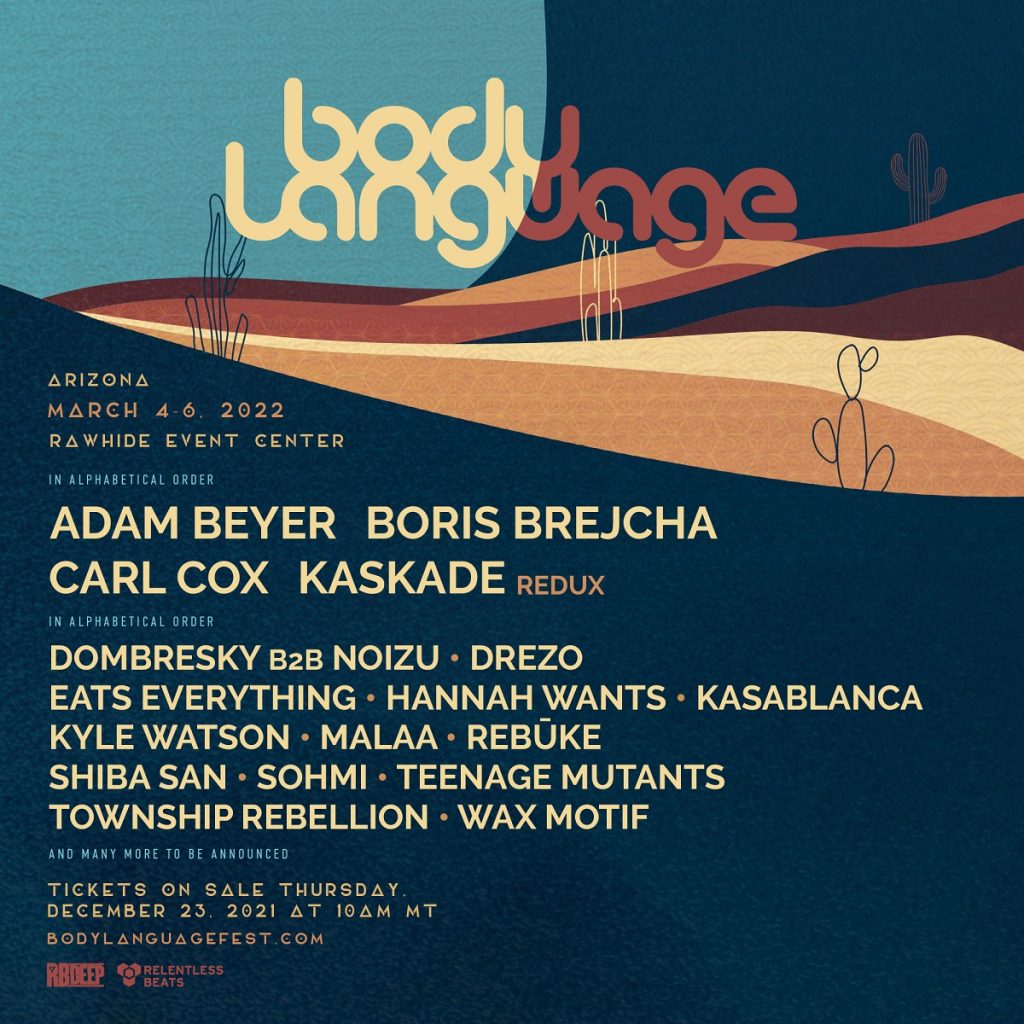