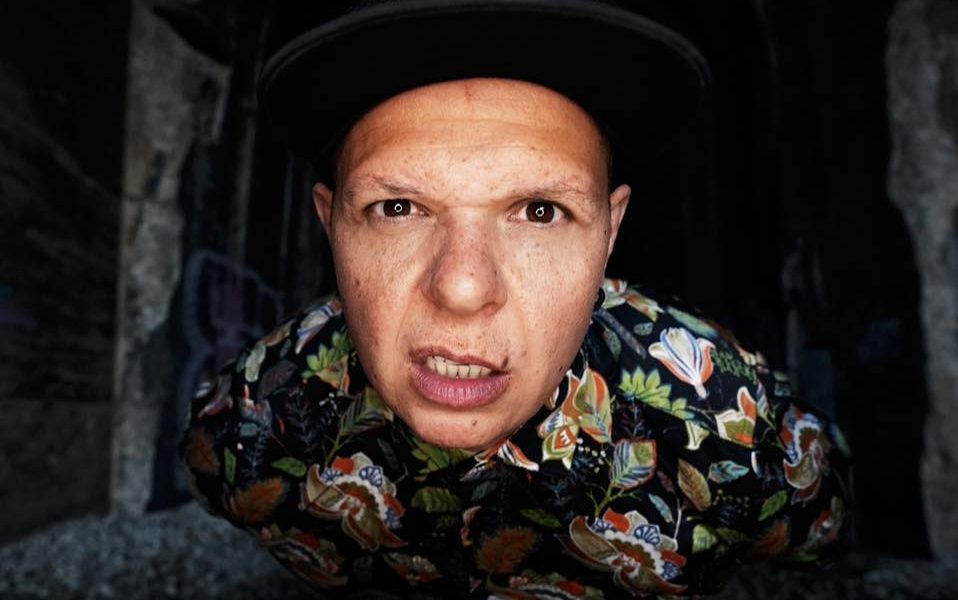 If you’re tapped into Circus Records or the world of bass music, it’s safe to assume you’ve become quite familiar with Conrank and his lengthy discography of mind-bending productions.

Continuing to hone his craft and evolve his sound each time he steps into the studio, his new sophomore album This Simulation’s Breached serves more as a manifesto rather than your traditional electronic offering showcasing his undeniable production prowess throughout in addition to proving there is once again no limits when it comes creativity as an artist writing, producing and performing his own vocals.

With his This Simulation’s Breached album being a truly game-changing body of work while being the latest chapter in the evolution as an artist in the world of bass music, Conrank has taken the time to deliver a track-by-track breakdown of his sophomore album. Check it out below!

“Before we start, Frank The Supreme leader is based on my dog (Frank Sushi), I mean, we feed him, walk him, clean up his poo, wash him… He is our supreme leader, we just pretend it’s the other way around. Anyway, welcome to the simulation EARTH V2.4 (TM).”

“I wrote this track as kind of an ode to everything I was missing at the time during the pandemic. The touring, parties, festivals, sound systems, the amazing people you meet. I’m so glad the world is opening back up and we can get back to the things we love.”

“I love this one so much, it just makes you screw your face up when it drops. My temp studio was in the loft at my house when I was recording this, and as I walked from the computer to the mic to start recording, I smacked my head on one of the beams… hence the little intro.”

“It took me a while to nail things vocal. One day I almost gave up, and then by accident, I left all the vocal effects on (I usually monitor in the booth dry)… Hearing the delay and distortion, etc on my voice changed everything, I came out of my shell in an instant, and ‘Psych Out’ was born.”

“That’s me doing my best American impression on the intro haha.”

“This track started as a different beast, it was a garage track, a proper 2 step dance floor shaker, but with an ethereal intro. I sent it to Charmae to vocal then, a couple of weeks later I was like… “hey, so, don’t hate me but, I completely changed the drop, SORRY, hope you didn’t write yet”, luckily she didn’t kill me, but she MURDERED the vox!”

“The mixdown on this was so hard, it was the first track where I had guitars on the drop, and it was a whole new world to me. I must have mixed this track down 50 times, and then mastered another 20; I felt like I was banging my head against a brick wall. Going from only synths to suddenly having live instruments was a big challenge, but a welcome one.”

“Figure and I literally talked about collabing like; 9 years ago over skype while I was in China. We had both kinda just started in the scene, we then literally never talked again until last year, lmao… next thing you know we were back in touch, and Karma Restored was the outcome. It’s funny how these things work, nothing can be rushed. It was a super easy collab too, as in, it just flowed, no stress, I love it.”

“I was sooo hyped to have the legendary Ward 21 bless this beat, and DAMN they killed it. It all worked out perfectly with the lyrics, the year is 2021, Ward 21, my birthday is the 21st,… 21 Madness baby, cray.”

“KJ Sawka is a legend, that’s it haha. His drumming is insane.”

“This drop was sitting in my projects folder for about 3 years. I knew it would be used, but it was about right time, right place, right vocal. I hit up Charmae to write for it, she wrote something really fast, and I was like, cool, let’s try some other stuff, and after 2 or 3 more vox ideas we ended up going back to the first thing she wrote, as my wife and I just couldn’t stop singing it!! haha, sometimes it’s those spur-of-the-moment, gut instinct ideas that are the ones.”

“This was another track that changed massively from concept to completion, the initial track was a whole different beast. I sent it to him and Gardella, and they killed the intro beat, but the drop just wasn’t working, so much so that I kinda lost motivation. Fast forward a few months and Wreckno was like, “Yo, we doing this or what” (sometimes in need of an ass-kicking)… I jumped back into the project straight away, completely deleted the original drop, and wrote it from scratch and it just came so quickly and easily. Never be scared to just scrap things if they aren’t working, something better will come. I love this track so much, it’s an anthem, and it wouldn’t be the same without Wreckno and Gardella crushing the vox.”

“Man, I love Buku, if I ever get a booking and I see Buku is playing too it just makes my day. Whenever we are together it’s just so much fun, he’s such a force of positivity. You know when you just connect with someone, well it’s like that. Rob is the dude… Oh and the collab is a banger.”

“I was in the studio with Gwen Lafitte and he played this riff for me, I instantly was like, yooo, this is sick. We recorded it in and the next day I hooked up a lil build-up and drop for it, I was literally kinda dancing around the studio and I just shouted WATCH US FLY, on the drop without even thinking. I didn’t think anything of it really, I tried writing other lyrics, but I just kept coming back to that line… so it was meant to be… Watch US Fly was born.”

“I wrote this track about insomnia, and for me, it’s usually jetlag related. There was one time I had just arrived in the US, and I was in Denver. I met up with a friend, and we got heavy into the day drinking, then my jet lag just hit so hard at like 6pm, I went back to the hotel and passed out.. the problem was I then woke up at like 10pm WIDE AWAKE and with a raging hangover, I lay there in bed all fkng night with my head spinning, raging anxiety, it was the worst, I went to get breakfast at like 6 am and finally got to sleep afterwards… That night was the inspiration for this track.”

“This track was the seed for me getting into the vocal booth. The track was about 60% done, and I had this concept for a vocal, but I was in Europe and the US was asleep, and it was a Sunday, and I was an impatient mfkr. I literally just opened my mouth and it came out, it didn’t feel forced at all, it just kind of happened, so I grabbed the mic and got it down. I was thinking, ok, there’s the idea I’ll get a vocalist to re-do it. I sent it to my team and my friends and wife, and they were like… yo, this is sick, you need to do this yourself… and the rest is history, it was such a massive turning point for me, and this album wouldn’t exist without this track.”

“I was scrolling through my vocal samples and suddenly I heard OOBA! , I don’t know why but I fell in love with it. I literally wrote the track around that one word.”

Music Is The Answer

“Music IS the answer, whatever we are going through, whether we’re living in a simulation, or in a pandemic, going through hard times, good times, ups or downs, music can help. Whatever the world has to throw at us, music is there for us, and it means everything to me. Sorry “Sorou”, break free from the voices in your head, break free from the screens, put some loud music on, and dance. Oh and shout to my friend’s daughter Violet for the vocal feature at the end.”