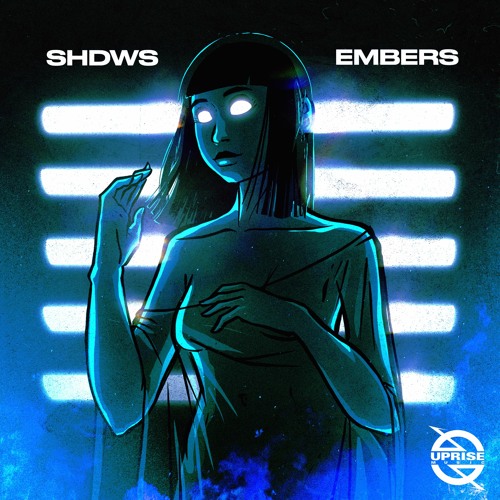 Uprise Music is bringing us yet another bass house heater. This time the label is bringing us “Embers” from rising house producer Shdws. Shdws, for those who may not be familiar with the producer, blends heavy bass with minimal production. Shdws has gained early support from Diplo, Dillon Francis, Malaa, AC Slater, Wax Motif, Alison Wonderland, Jack Beats, Valentino Khan, Jauz and many more. With names like this backing him, it is only a matter of time before his name blows up.

“Embers” is a deep cut which falls right in line with his style and vision. Thumping basslines complement minimal production with a tech house drop. Dark and sultry vocals are the highlight of the song which gives the song an ominous vibe. The production combines with this to give the song a mysterious feel perfect for late night drives or dark and sweaty clubs. Despite the minimal production elements, the song is danceable and packs a groove to it. Shdws had this to say about the song:

“I’ve been focusing a lot on vocals lately – trying to emphasize the darker side of my music while giving people something to really connect with. The vocal on this one sits nicely with the big analog bass, in the drops that minimal driving bassline hits with some Bass House style FM stabs – – My sound has been evolving into a bit of a Tech House/Bass House blend and I’m loving it.” – Shdws

“Embers” is available now via Uprise Music who continues to push the envelope of house. You can download and stream the song down below. With prior releases on Night Bass, Divided Souls, DND, and now Uprise Music, I think it is safe to say Shdws is carving out a place in the house scene. So check out “Embers” now and prepare to feel the heat.

BOMBAYS Puts You Into A Trance With “HYPNOTIQUE”
Jauz Strikes Again With Captivating New Weapon, “Make It Good”