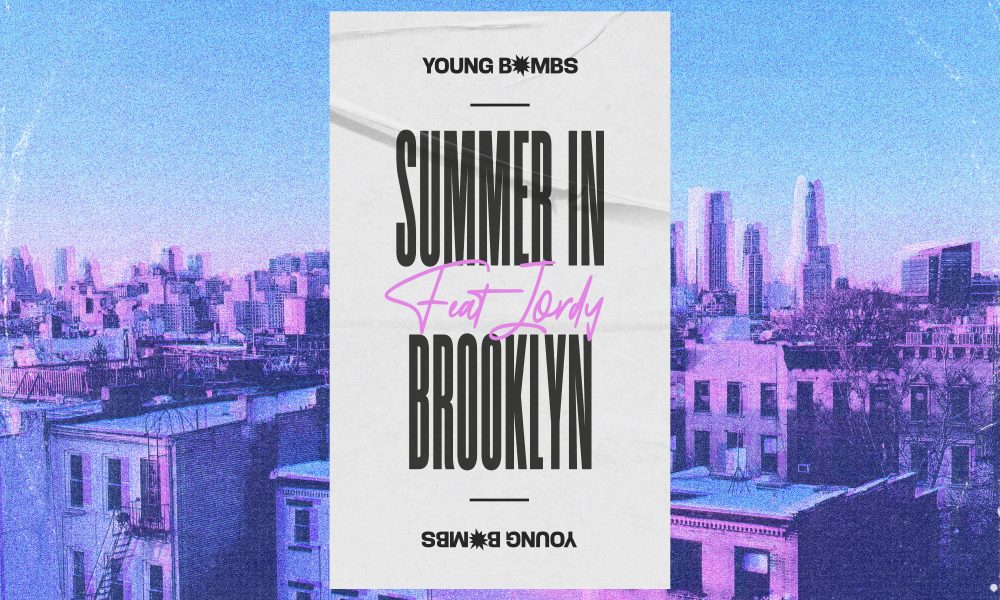 It has been an ascendant couple of years for Vancouver’s DJ/production duo Young Bombs. Starting from being sought-after remixers to producing their own originals, the two have catapulted into the mainstream in no time. Today, they are transporting us to a summer night in Brooklyn with their latest song “Summer in Brooklyn” featuring LA-based artist JORDY.

“Summer in Brooklyn” encapsulates everything you expect it to for a summer jam. The lyrics are light and carefree while painting a picturesque scene of the city. The production is airy with its piano chords and fast-paced snares, and the drop is infectious as any. This song is as fun as as song can get and it will make you want to stop what you are doing and dance the day away.

You can grab and stream “Summer in Brooklyn” now via Sony Music Canada so check it out below. This has been one of our favorite hits of the quickly winding down summer but I think it will prove to be quite the anthem for the time we have remaining.