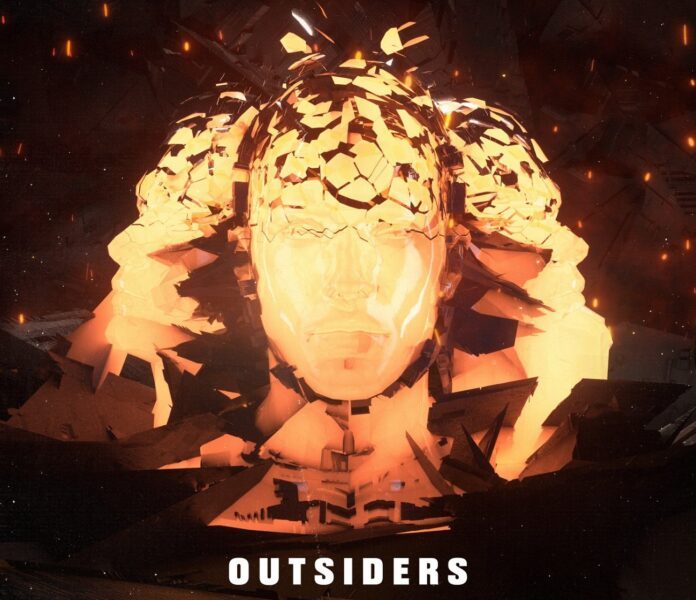 Hot on the heels of their Collision EP, Shanghai Doom have joined forces with Runnit to put the creative minds together engineering their mind-splitting new weapon, “Outsiders.”

“We’re big fans of Runnit and the sound his whole crew at Partica have been pushing,” says Shanghai Doom. “We thought it would be dope to come together and create something weird and trappy with him. After a few sessions of writing and way too many mixdowns, ‘Outsiders’ was born.”

“I’ve been a fan of Shanghai Doom’s music for a long time and they just started getting to know mine, as I’ve been having consistent releases the past year or so,” adds Runnit. “The collab eventually got started after I had a sound design session back in early 2020 and developed that ‘beeedoobeedoo’ lead and found the vocal; once the
initial idea was filled out and sent over, Shanghai Doom could really get down to the nitty-gritty, adding their elements, second drop, and finalize the mastering! We had a bunch of versions but were extra hype that we landed on this one as the final.”

Stream this electrifying collaboration from Shanghai Doom and Runnit below, you won’t regret it!