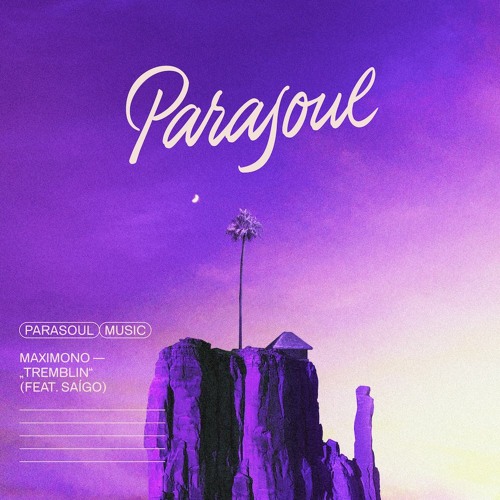 Already known as a true house enthusiast, Maximono’s new single is an infectious production is a taste of what’s to come from the new imprint.

“Parasoul will be the outlet for myself and other like-minded artists with a focus on house music but also genres like Drum & Bass, UK Garage and Lofi-Beats. Anything that speaks from the soul of its creator is welcome.“ says Maximono.

“When I came up with the Instrumental idea of ‘Tremblin’ I started looking for a male singer with a certain warmth and clarity in his voice. When I stumbled across Saigo I knew he was the one I was looking for and he absolutely nailed the vocals for it. The result makes me really proud and excited as it’s clearly a new direction for Maximono and I’m sure it’ll turn some heads. It sets the bar and the tone for all my next releases on Parasoul and other labels.“

Take a listen to Parasoul Music’s debut release “Tremblin” below.