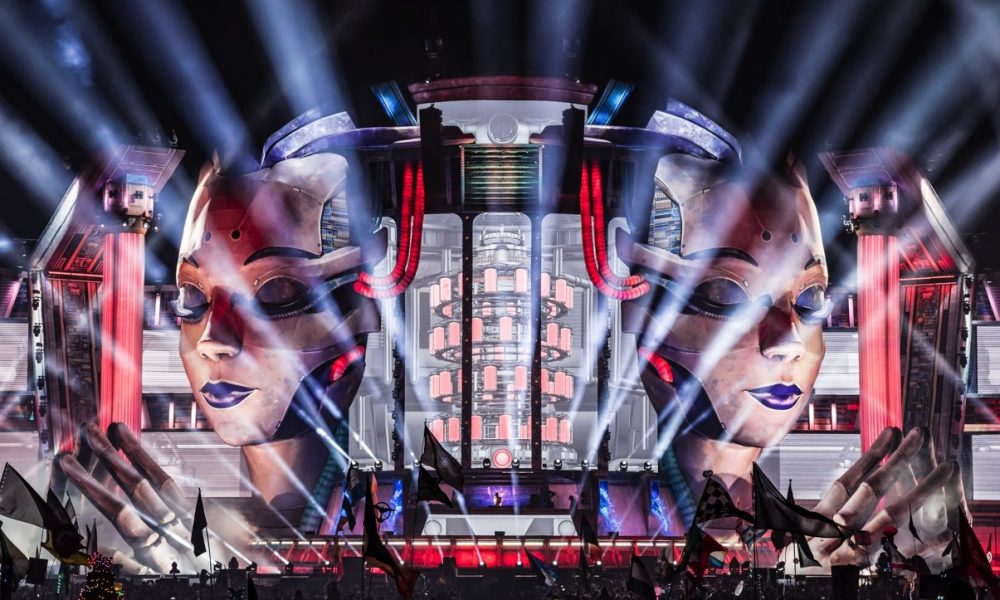 In a time where the electronic dance music community should be packing their bags for Las Vegas for another unforgettable weekend under the electric sky, this year the EDC Las Vegas action will be doing down via live stream due to the ongoing coronavirus pandemic.

Serving as the latest edition of Insomniac‘s virtual rave-a-thon series, the streaming marathon will be taking place on (May 15-17) which was the original dates of EDC Las Vegas’ tenth-anniversary celebration on both Insomniac’s Twitch and YouTube channels running from 5pm PT/8pm ET each day.

The virtual three-day festival will be hosting the lastest and great from the world of dance music with a colossal lineup that features Kaskade, Zeds Dead, 12th Planet, Seven Lions, ZHU, Tchami, Boombox Cartel, ATLiens and many more!

Take a look at the massive lineup for EDC Las Vegas below and don’t forget to tune in this weekend, this is one live stream you don’t want to miss out on!

Where will YOU be TUNING IN from? ??????We’re Streaming the @EDC_LasVegas #VirtualRaveAThon LIVE on @Facebook, @WatchMixer, @Twitch, @YouTube, Huya in China, and on @PlayStation's PS4 in VR via the @littlstar app! Shout your City and Country out!?? ? pic.twitter.com/pXRe6r1c8b 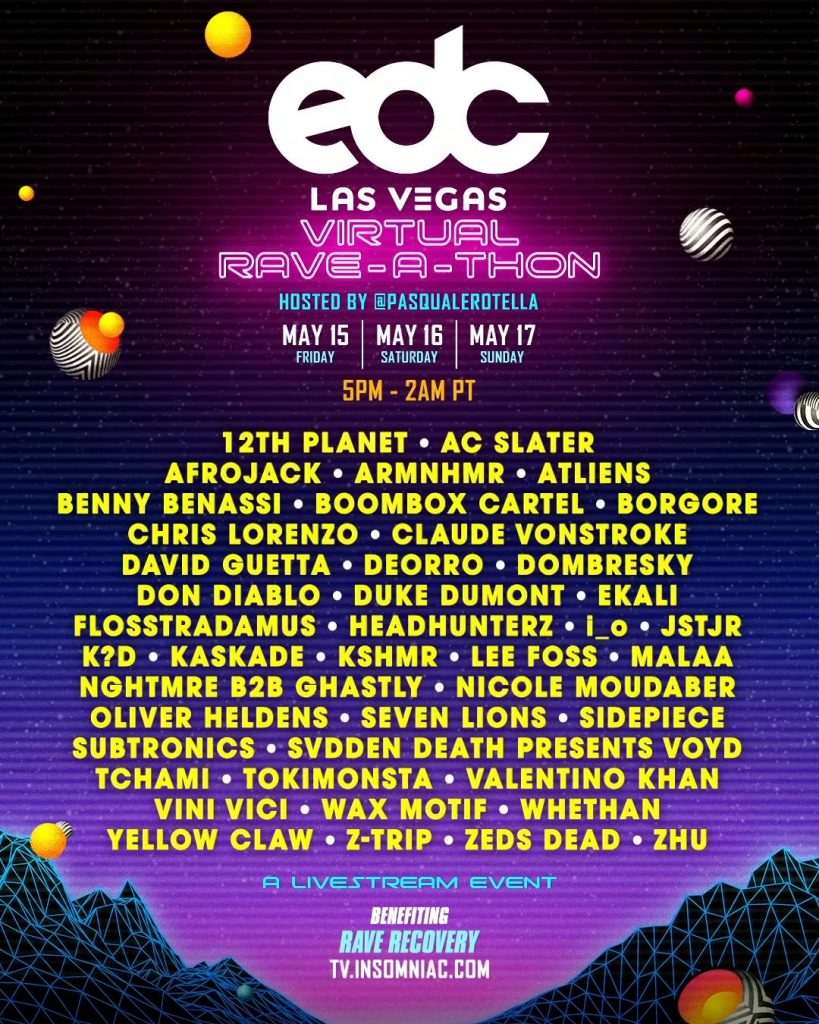