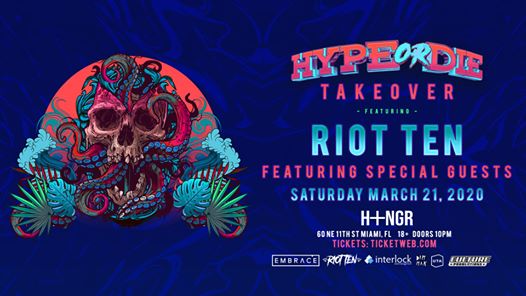 Now with Ultra Music Festival out of the picture, those still making the trip down to Florida next weekend have a bit more free time on their schedule now there are still plenty of shows to choose from with Riot Ten‘s Hype or Die takeover shaping up to be pure bass bliss!

Invading The Hangar on Saturday, March 21st, Riot Ten has called on a handful of the hottest names in the world of bass music to join in on the action revealing the complete lineup which includes G-Rex, Junkie Kid, Benda, SIPPY in addition to Sharps b2b Madreckless. Oh and of course, Riot Ten will be throwing down.

Check out the official lineup below and be sure to snag your ticket before it’s too late! 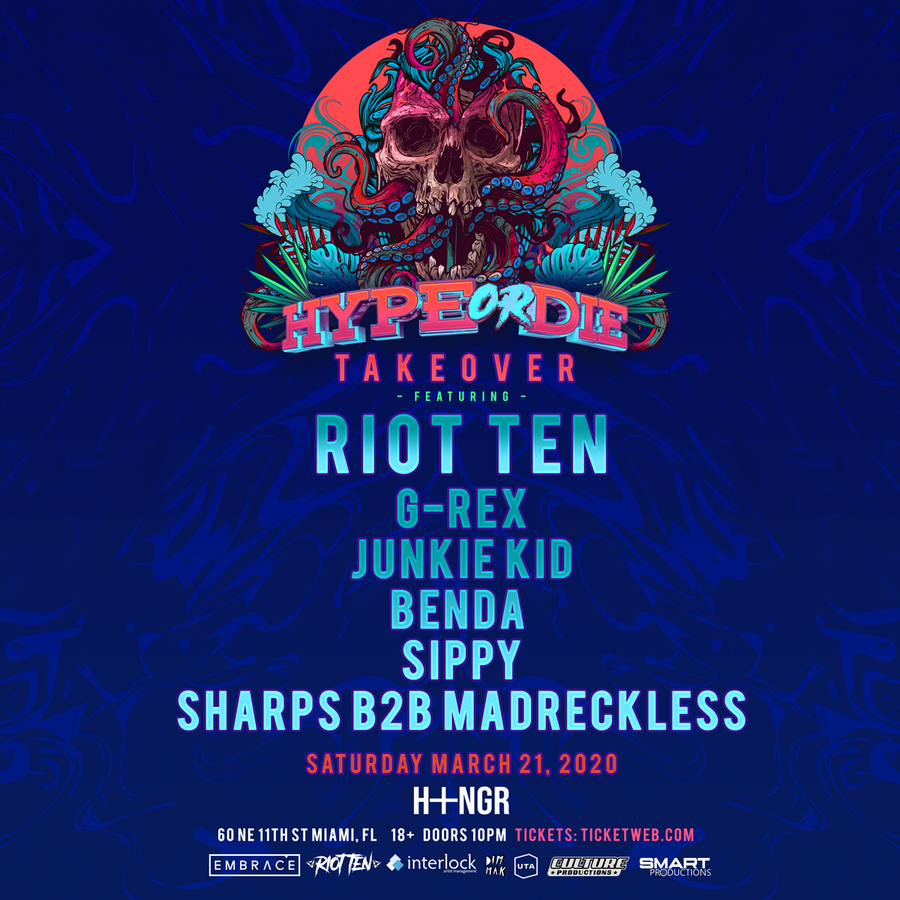