Let’s start off with the fact that this tour looked top class before even stepping foot in the newly renovated State Farm Arena. The Chainsmokers and their team came guns loaded with enough pyro to get the Mother of Dragons attention, lighting and stage production to make you think you were enjoying an evening of Cirque de Soleil meets Bassnectar and visuals that kept your imagine on a swivel. 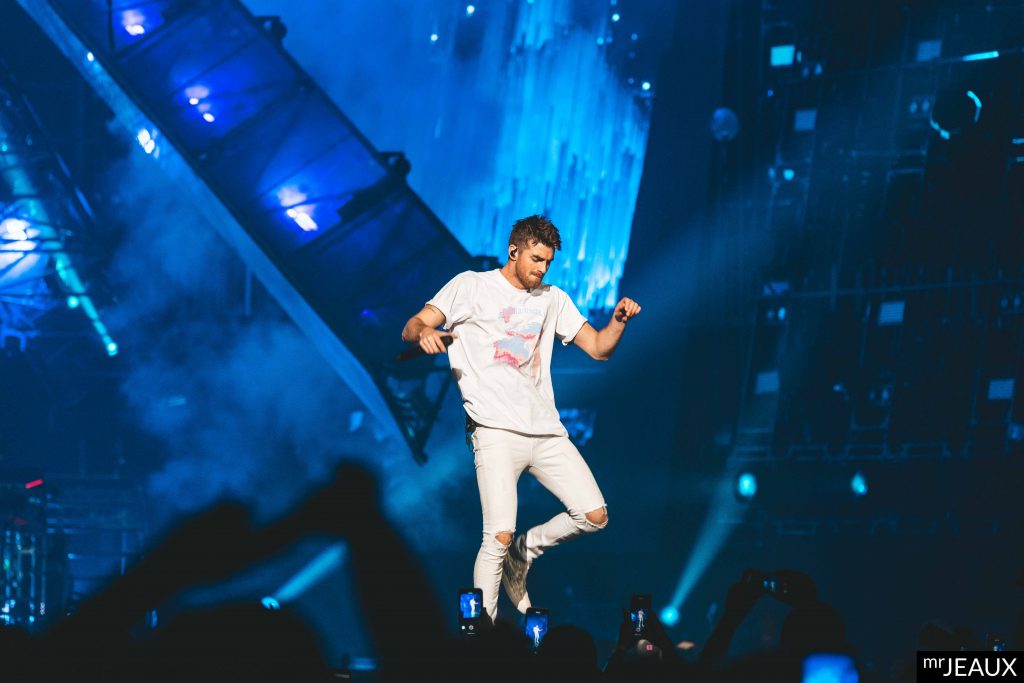 Shout out to the individuals behind the scenes including but not limited to the impressive photography from Danilo Lewis and videography from Spencer Miller. During the middle of their set, Drew played out one of their unreleased singles. The track continues along the “Closer” vibe and we are pumped to hear the final copy. Matthew McGuire, the drummer, impressed me on socials, but the hype is more than real in person. Get ready from some unexpected surprises during the show.

If you have a chance to see them live during this show, do not sleep. They play out all their hits and slip in old school bangers here and there. One word to end this review, #motocross.

All photos by Mr. Jeaux unless otherwise stated