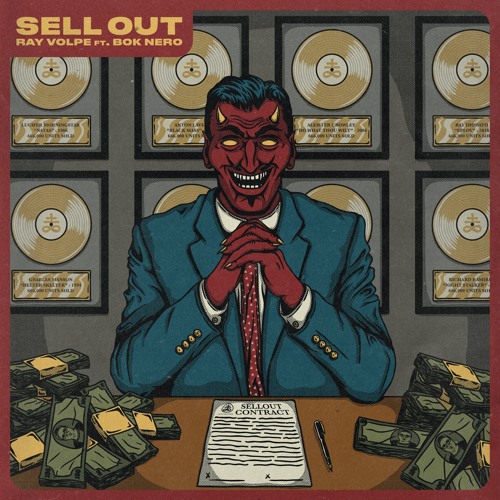 Ray Volpe has finally been exposed! After being one of the most promising talents in the world of bass music, he’s decided to make a deal with the devil coming in the form of his new original.

Connecting with Bok Nero, it is clear these two are about making money rather than focusing on the art of making music. Well not really, Volpe stirs up some filth while Bok Nero does what he does best giving this bass beast some serious attitude. No “Sell Out” here folks, just some spine-tingling bass music. Take a listen below!