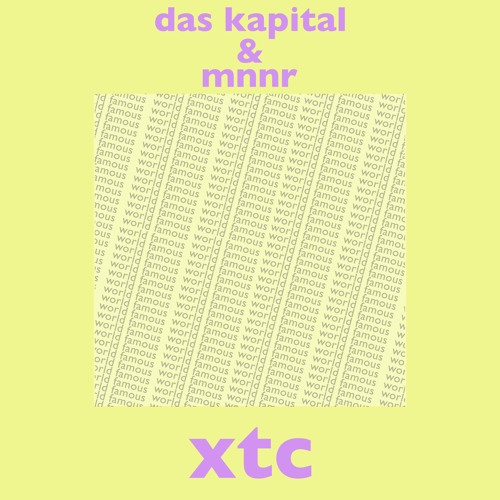 While their imprint World Famous Headquarters was originally launched for self-releases, Botnek has decided to open the label’s focus up to become a platform to support the inspired & prolific community of producers.The first release outside of the Canadian duo comes in the form of a forward-thinking house tune “XTC” produced by South African DJ & producer Das Kapital in collaboration with Italian production duo MNNR. Check it out!

“I’ve been a fan of MNNR’s high octane sound for a while now, so when they reached out asking to collaborate, everything fell into place pretty easily. We managed to find this special musical place between ‘peaktime banger’ and ‘grooved-out roller’ that really helps XTC stand out as its own beast. Working with MNNR was such a pleasure and I’m really looking forward to working with these talented guys again in the future.” – Das KapitalKapital