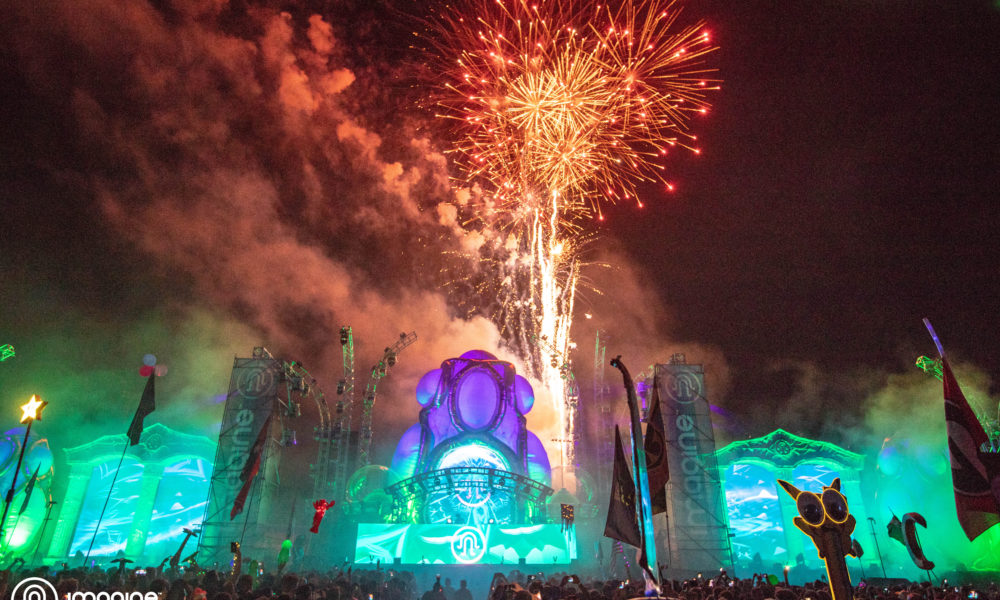 I want to start out by saying that Imagine Music Festival 2018 was a blast. Coincidentally for me, it was my first festival, a damn good first festival to attend. Everyone was extremely inviting, and the energy was great all weekend. I am pleased to say that we enjoyed the whole weekend without incident. 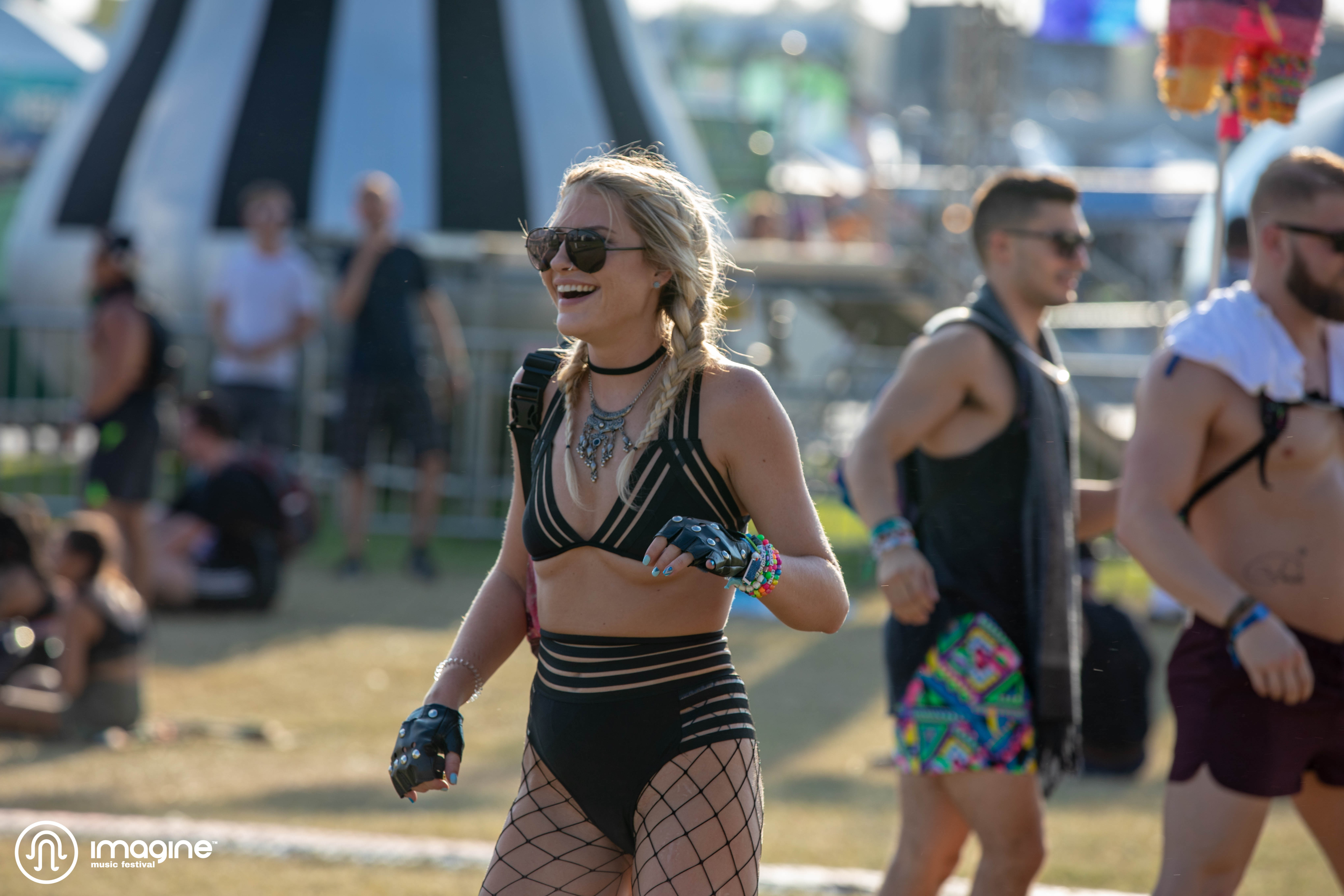 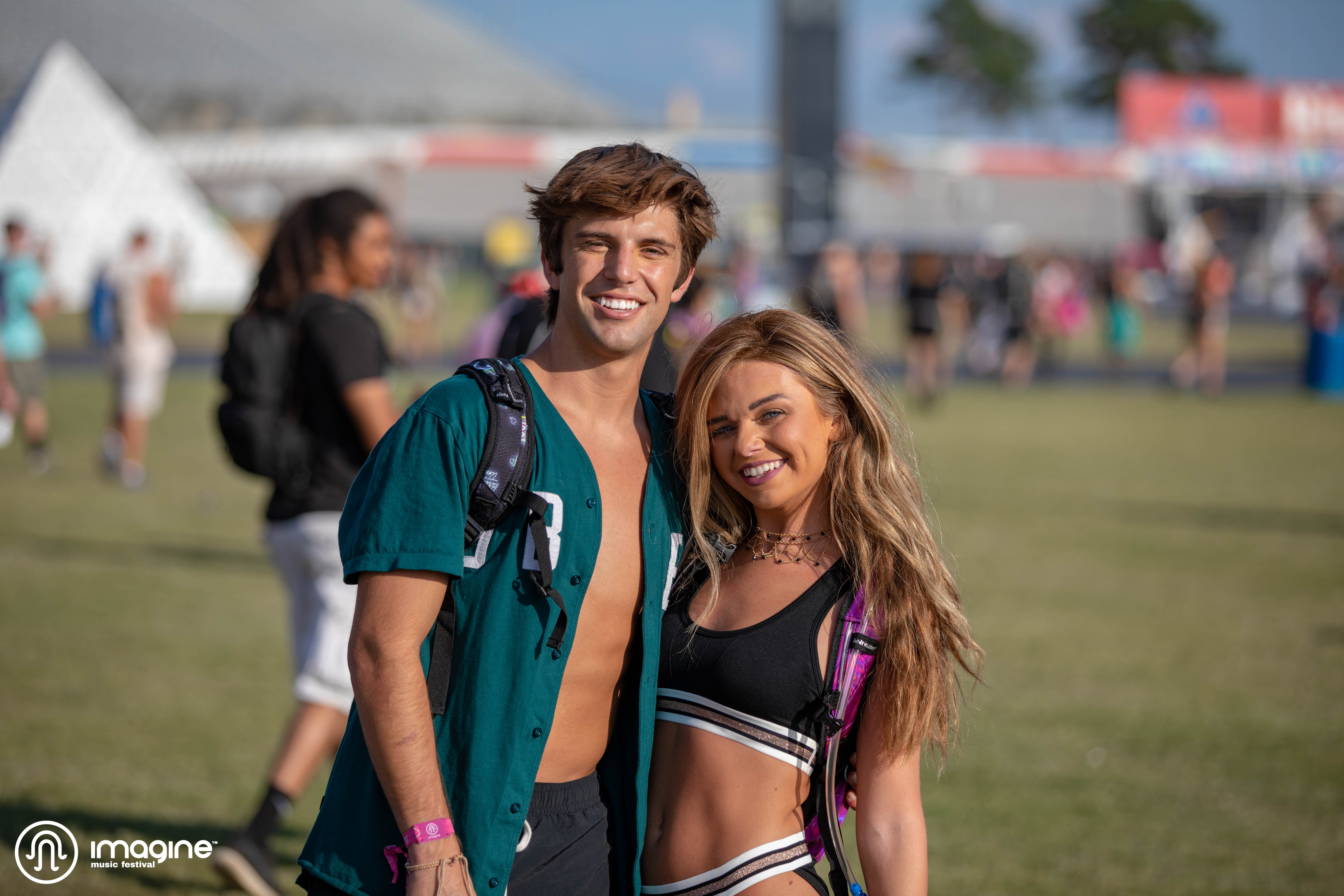 However, before talking about the lineup for the weekend, I want to touch on a few things that I feel like could have been improved. First, water distribution was a massive problem. Especially with media credentials and a desire to cover as many shows as possible, the lines for the water were outrageous. The water station by Oceana and the water station next to Disco were never shy of 100+ people. I appreciate how diligent the workers at these stations were in helping us out, but I would have liked to not miss multiple sets due to waiting in lines. A few more stations would have made all the difference.

Another point of concern is the safety of personal belongings. The area between the vendors behind Disco and the pathway to the Oceana stage was rife with pickpockets. This is extremely troubling as we are carrying thousands of dollars of camera equipment through the festival. I began turning my backpack around and having it on the front of body instead of the back when walking through that area. Maybe a few more security personnel or lighting would help?

The last point of improvement comes with the sanitation of the campground. The porta potties were overflowing with fecal matter by day two and almost unusable before the festival gates even opened on Saturday. That was bad.

Outside of these three improvements, the festival was unmatched. Let’s dive into the lineup. On the first day, it all started with ZAXX on the Oceania stage. The music that he played in his set was extremely dynamic and full of life. His set consisted of melodically layered records full of powerful synths and quick builds. It was a good kick-off to get the weekend going. 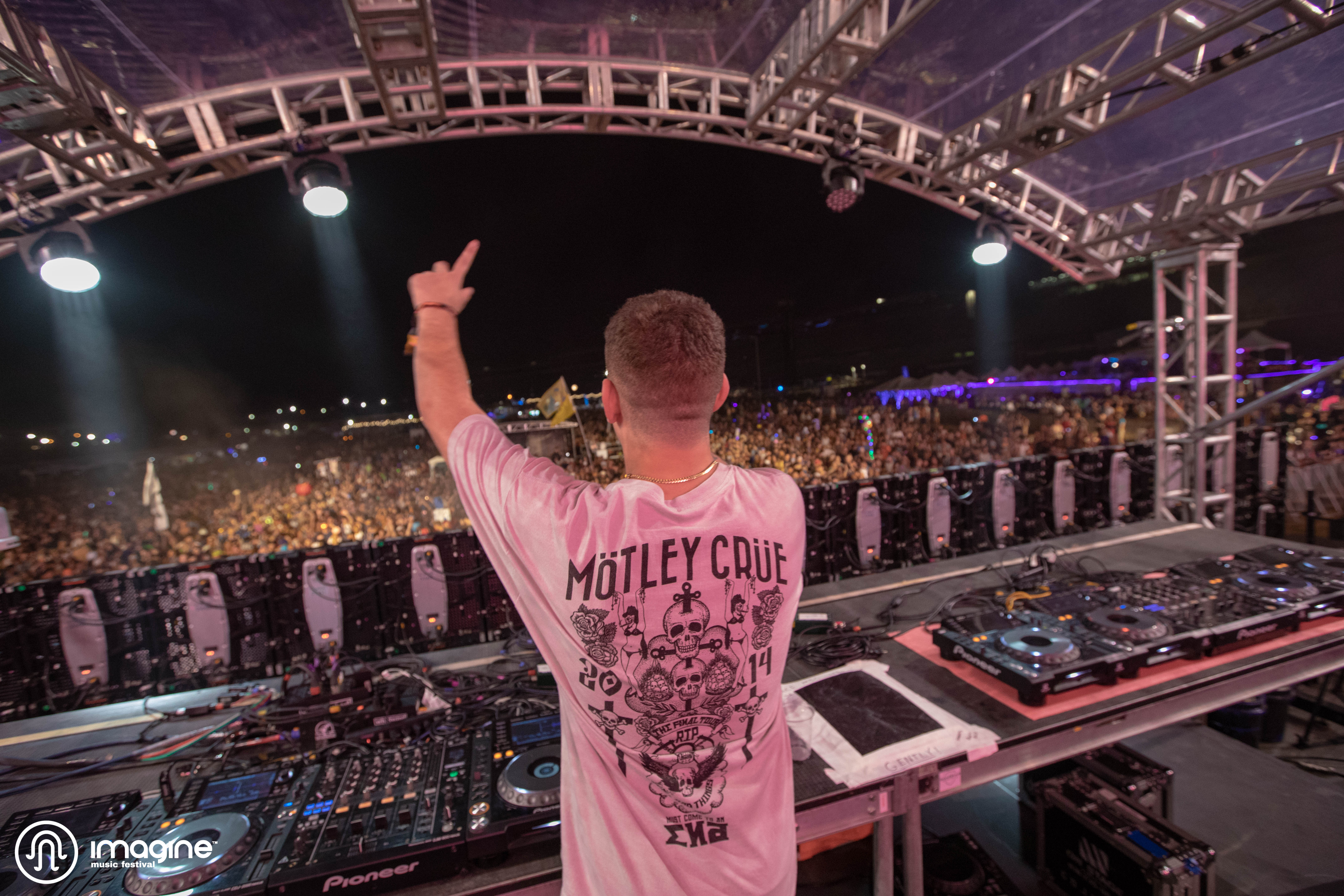 The crowds were a little light at this 7:30PM set, but towards the end, people started to roll in. Following ZAXX, were Riot Ten and 12th Planet. These two artists I didn’t know of until Friday. Riot Ten started out much heavier than ZAXX. His set was punchier and introduced the dubs in his quickly learned signature sound design. 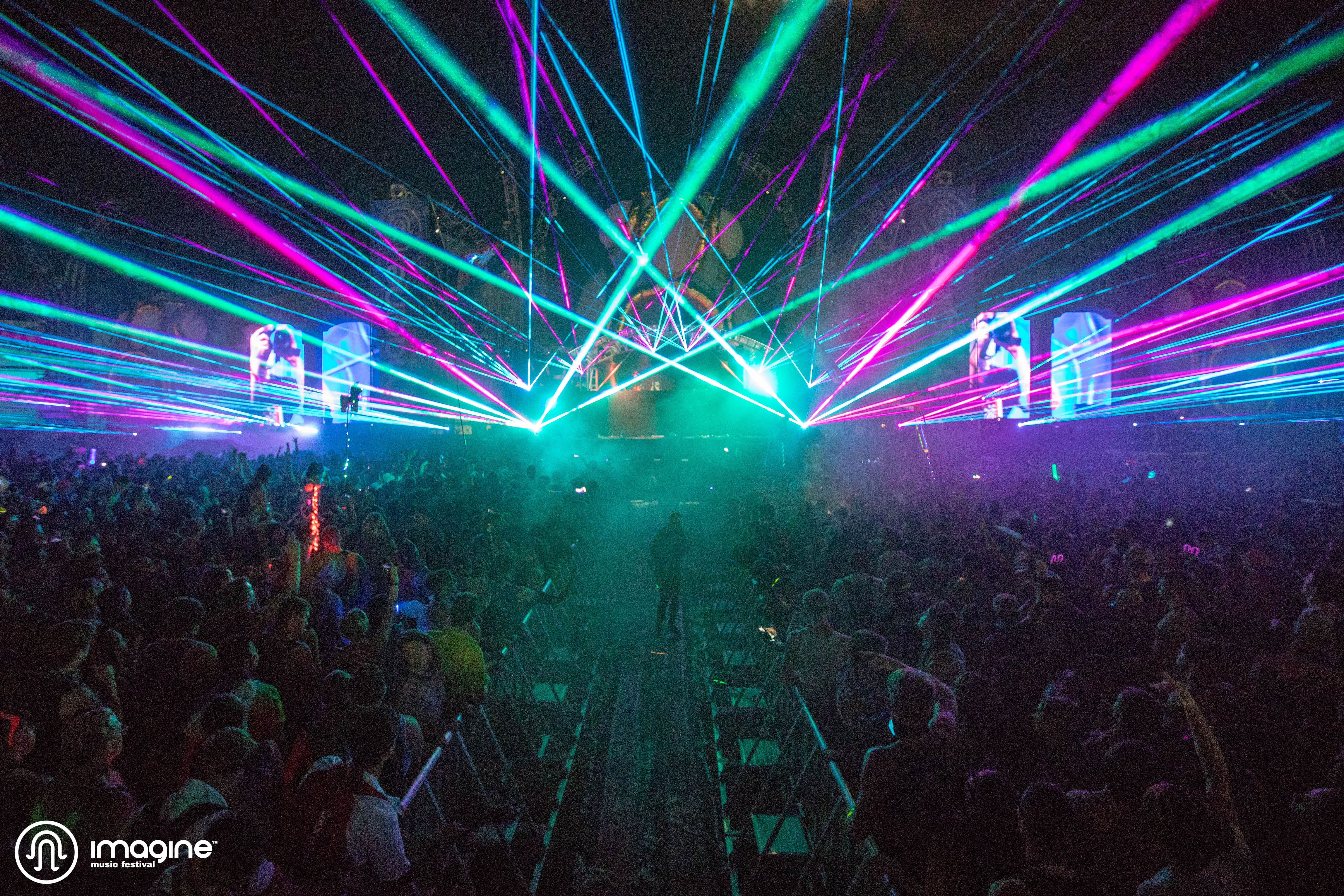 Each new track mixed in, built upon itself. You could feel the experience and control of his DJing abilities. This heavier roll-out was crushed by 12th Planet who brought it even heavier with “Send It” and a few other tracks. We took a break following this otherworldly set to head to the water line. We were stuck there until the start of Galantis.

Galantis for me was a different story than all aforementioned artists. I knew a handful of their songs extremely well. You can’t go wrong with “Runaway” or “No Money.” The mood and movement in the crowd immediately changed during their set from previous headbanging to jumping around full of life. Their music is upbeat and happy, bringing joyous thoughts to everyone in the crowd. We spent this set in the VIP area with clear line of sight to the rail at the front of the stage. I’ll be honest, I’ve always heard of the barricades shaking at festivals, but this was wobbling like a tire that had just blown-out. 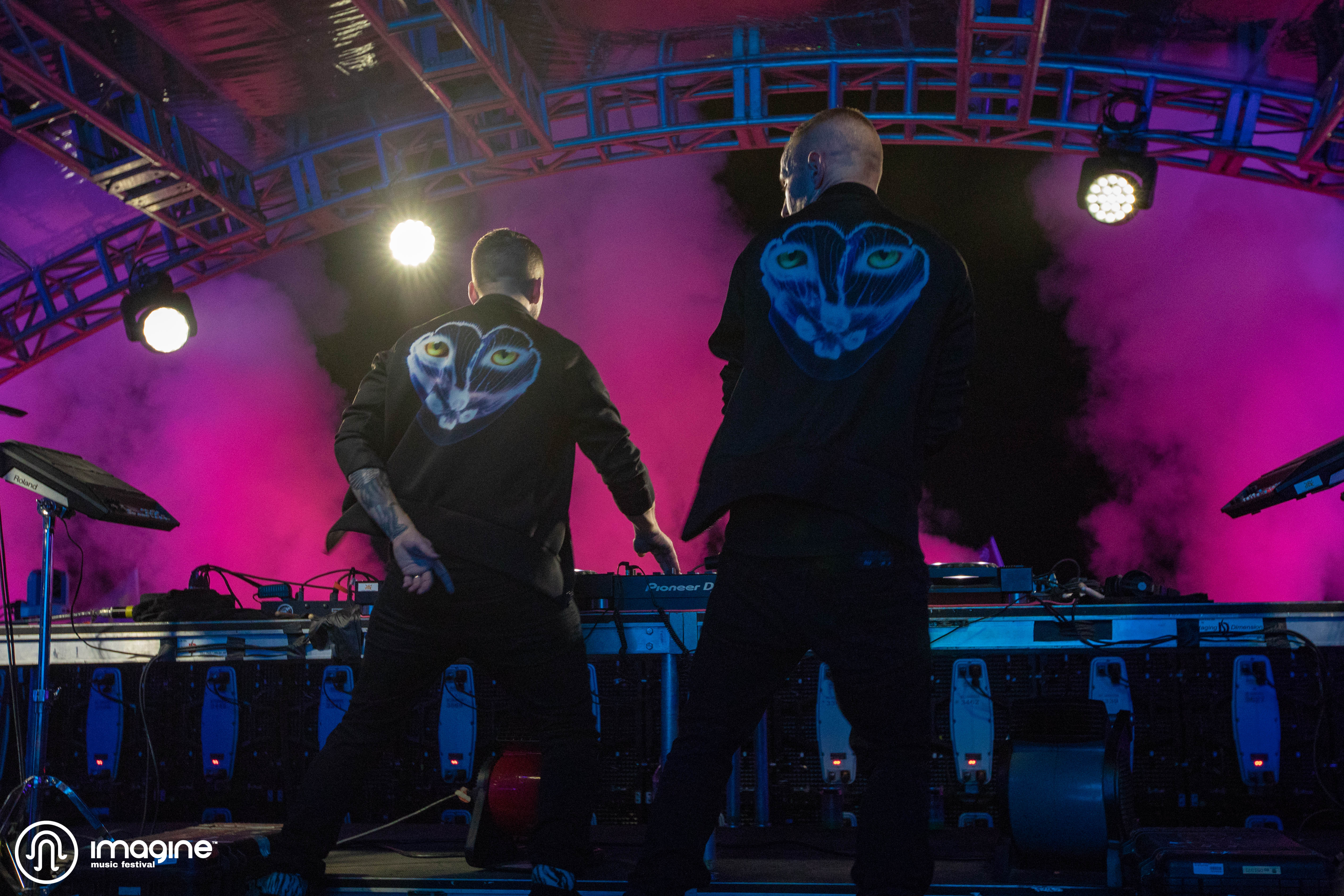 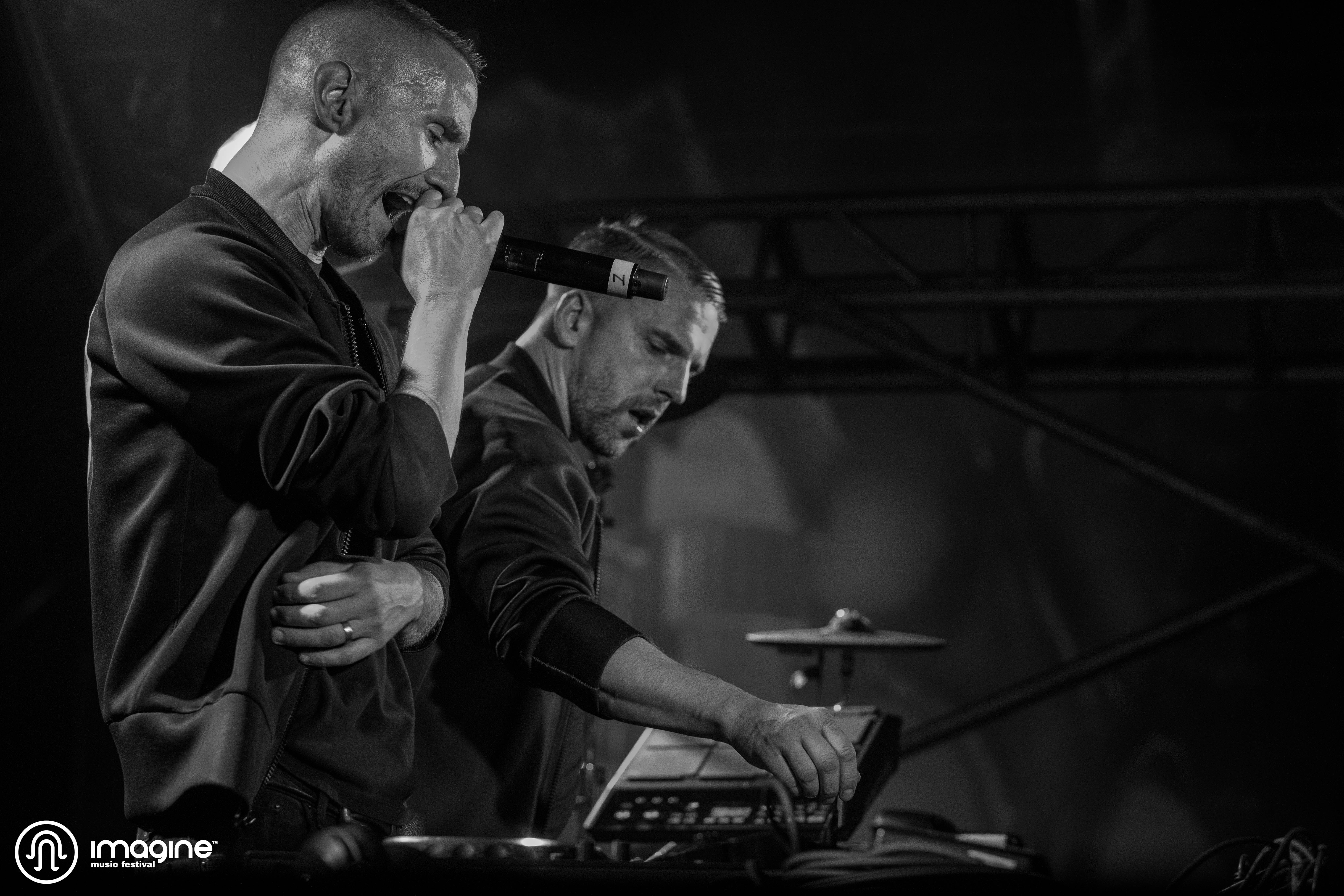 The energy was high, the crowd was going wild, and it seemed like it might never stop. This pace continued until the ever-smiling world-renowned DJ and record producer, Armin van Buuren took to the decks. Armin is a little more “heavy trance” stylistically than I want to listen to everyday, but when you witness it live, it’s a beautiful thing. The Silent Disco till 7am was a first. What a way to close day one! 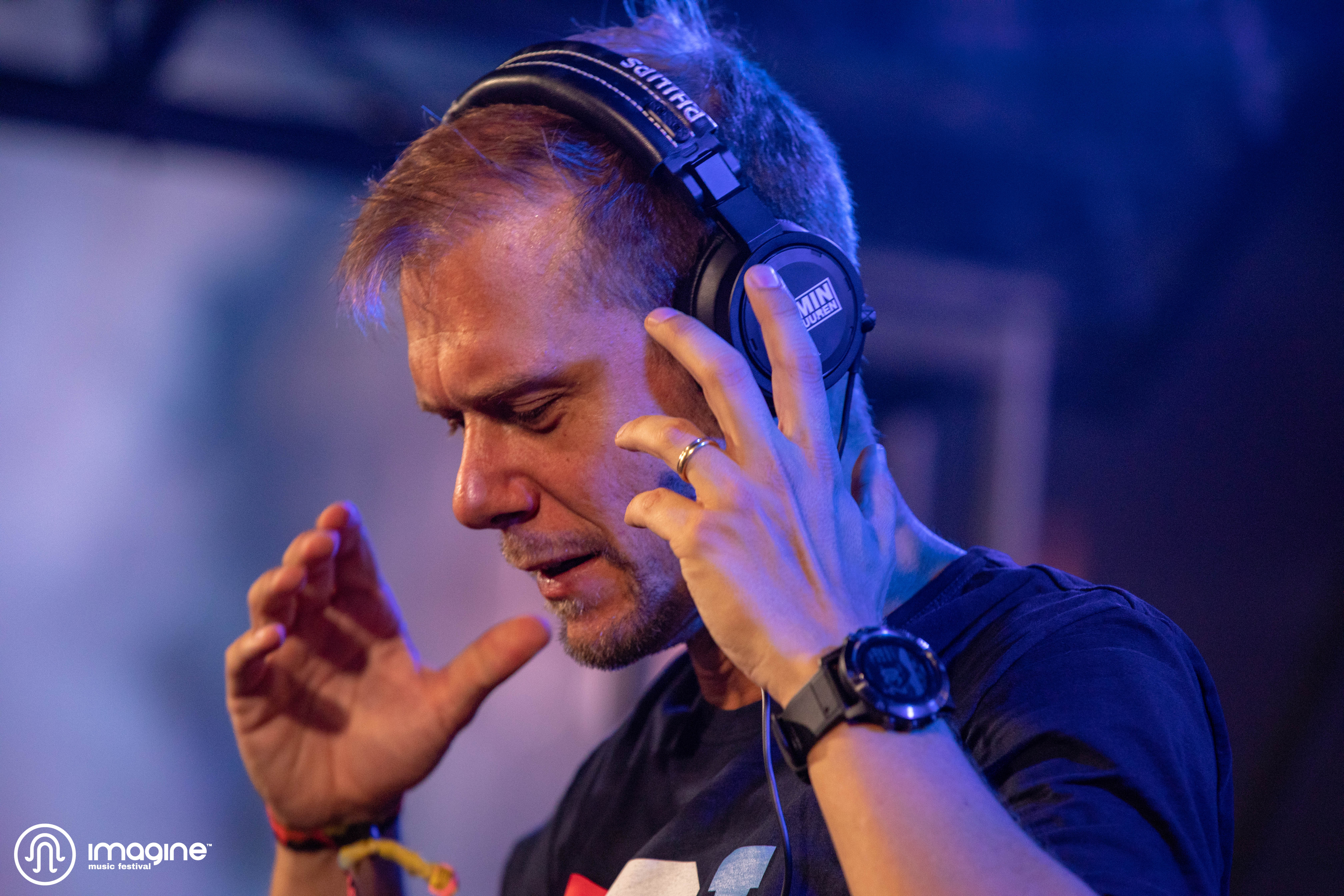 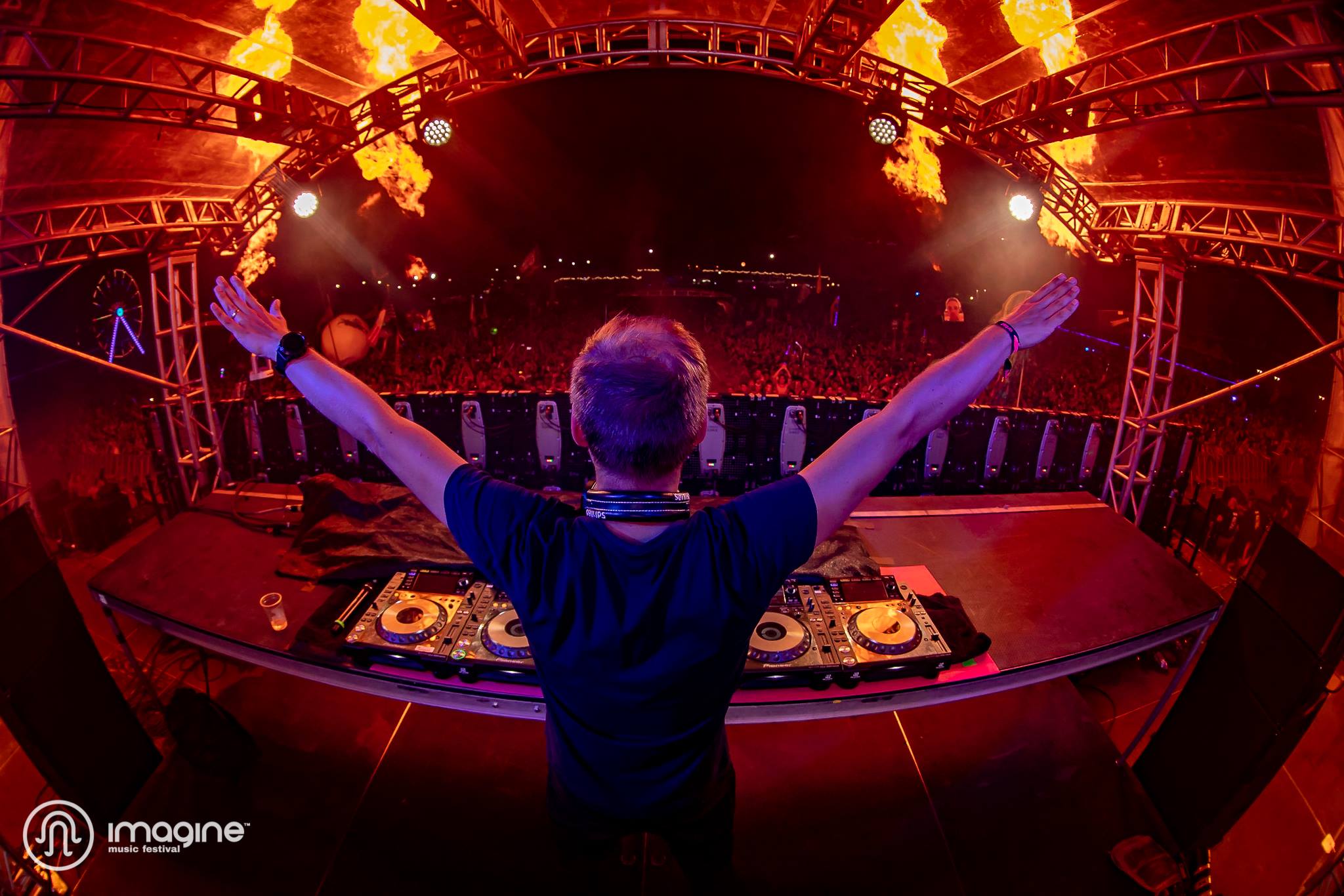 Day two started with a 90 degree wakeup call and the amazon river flowing down my face from direct sunlight at 10am. WOW, it was hot! Due to my own stupidity, I didn’t bring any pop-ups for the campsite so we retreated to the cars with A/C for a little during the day. Mid-day we hit the media room to charge equipment and edit some photos and by the time the night fell, we headed back into the festival. We walked around and took some media and moved to the front for our first show at Oceania for the night, Bear Grillz. 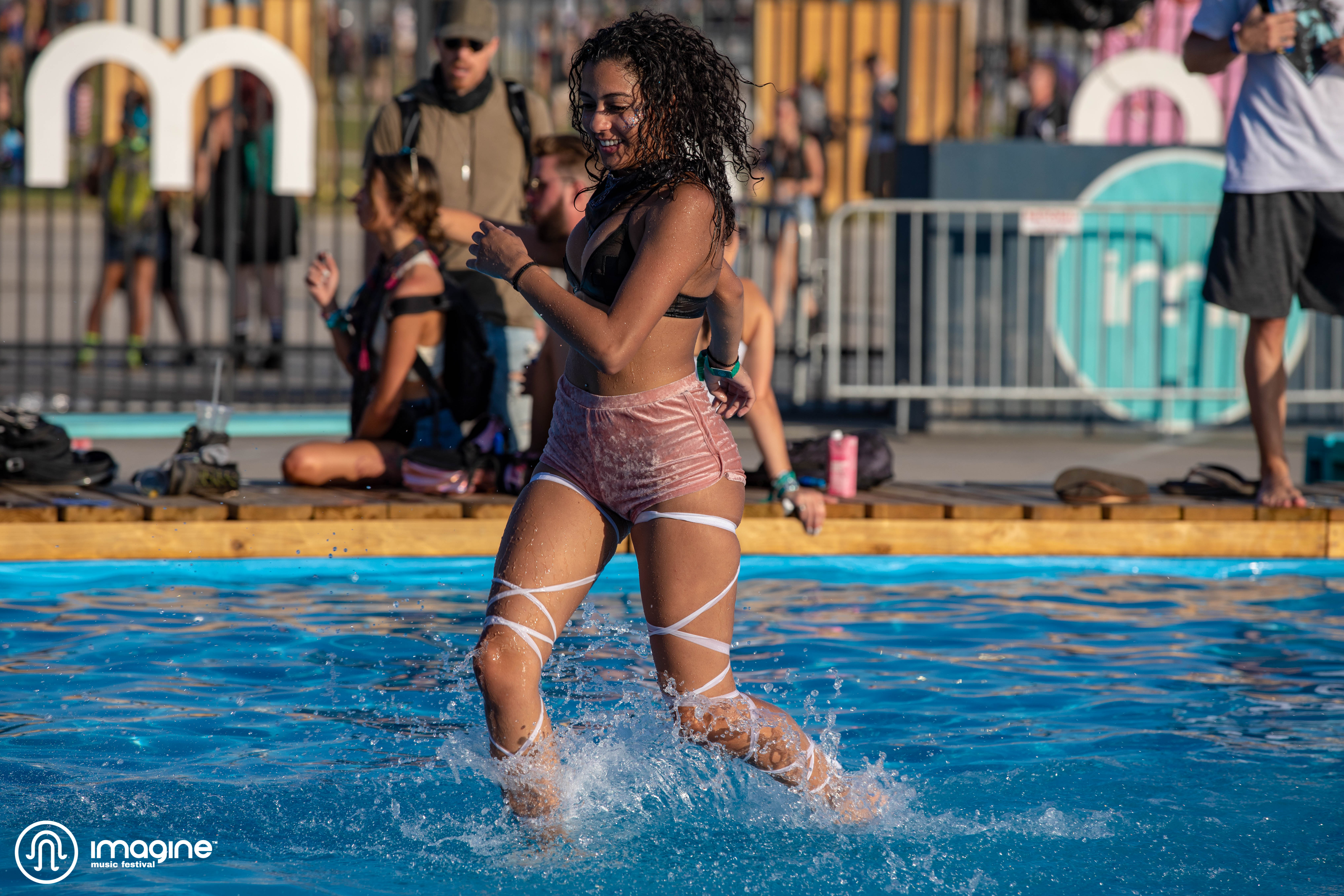 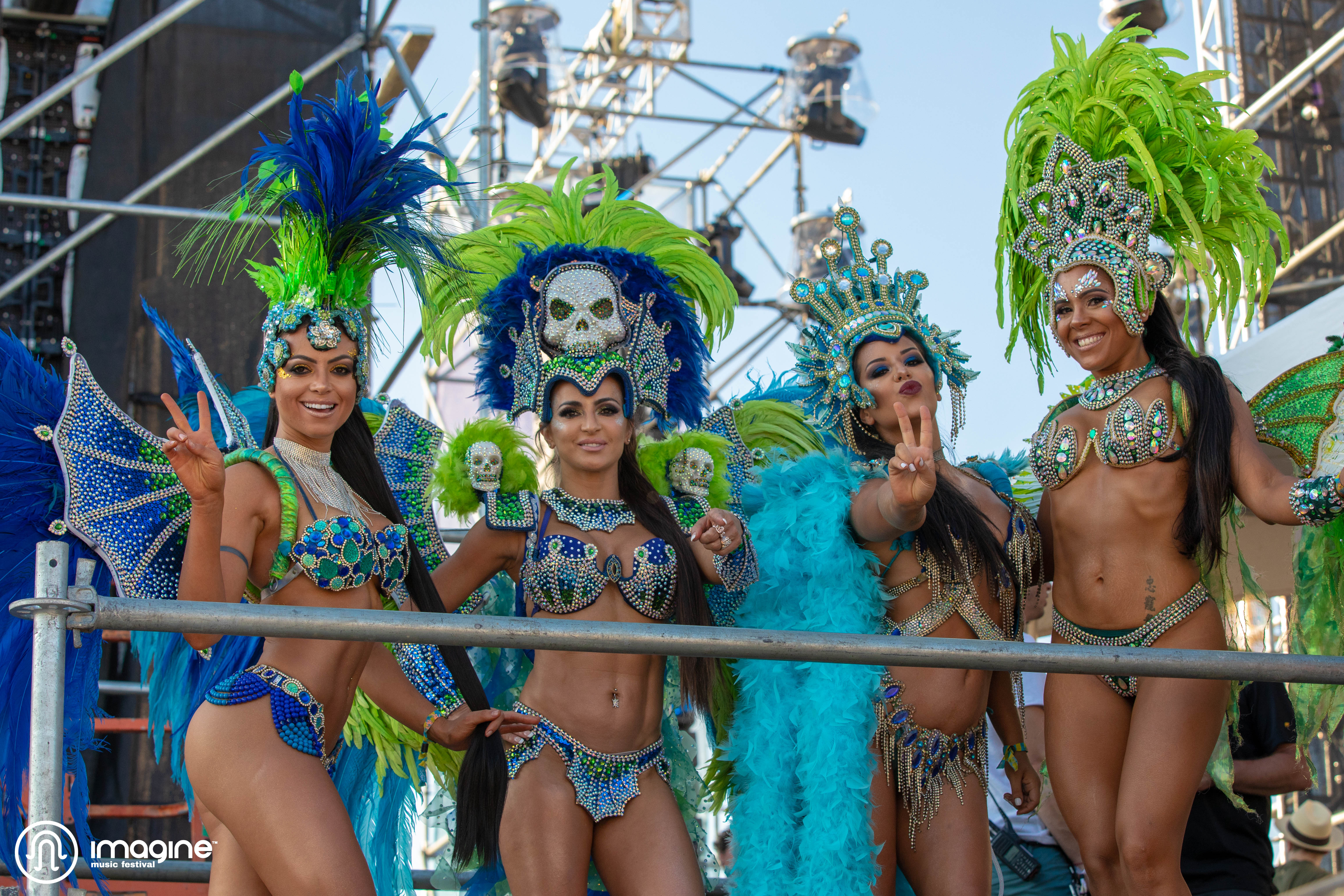 This was a crazy show with the smoke and fire starting so early in the night, but a great place to start. Can anyone say Dubstep? I think my neck broke before 9:30 on Saturday. After Bear we went to Jai Wolf at Amazonia, which proved to be a change of pace from Bear. This was a much more chill set and seemed to get everyone in the feels. 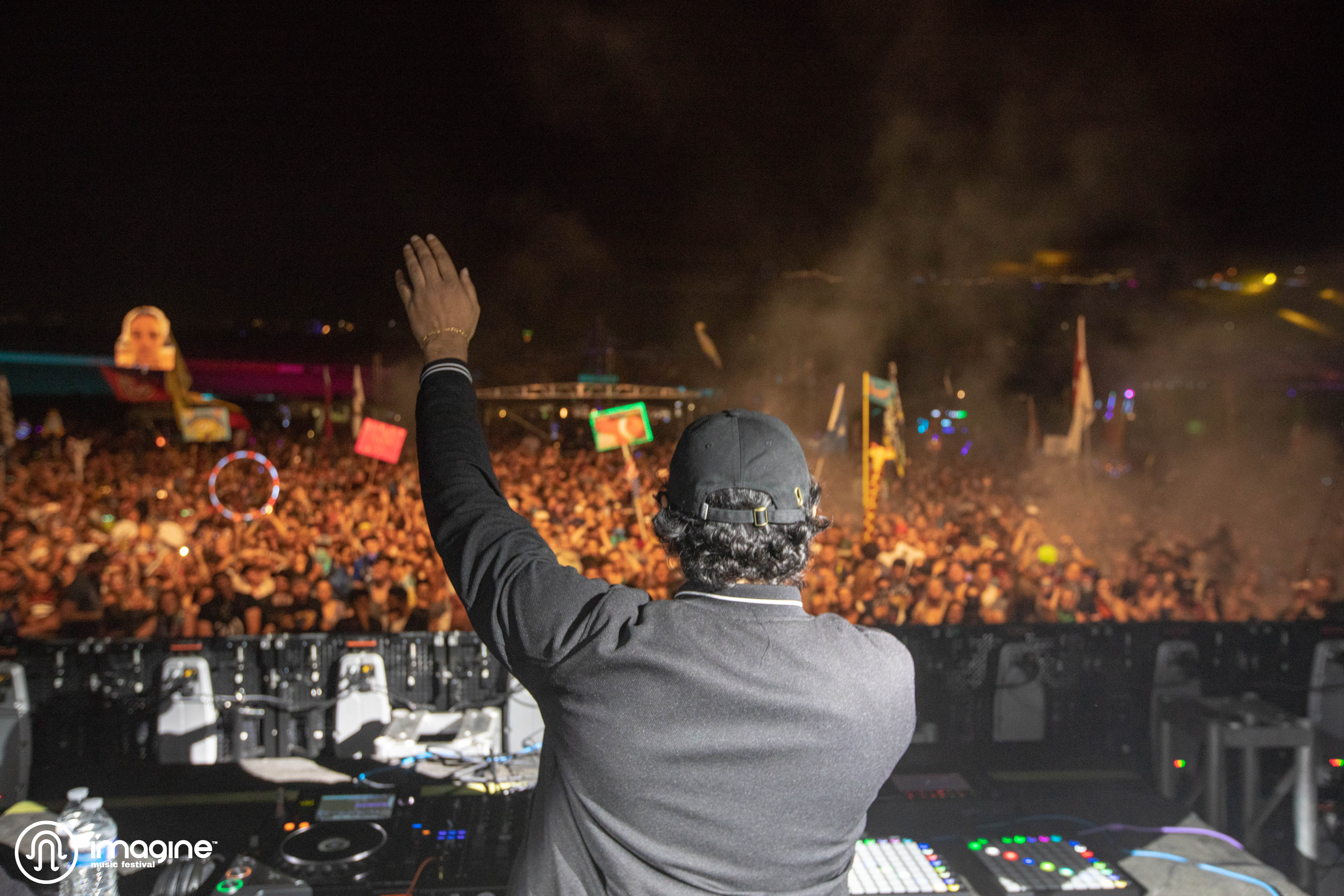 Hands went up, everyone started bouncing and you could feel the great energy through the crowd. For the weekend up to this point, this would be my favorite set. We stayed through till the end and he was followed by Cashmere Cat. Great set, but don’t have too many things as I have seen him more than once. I would say that this is one of his better sets. 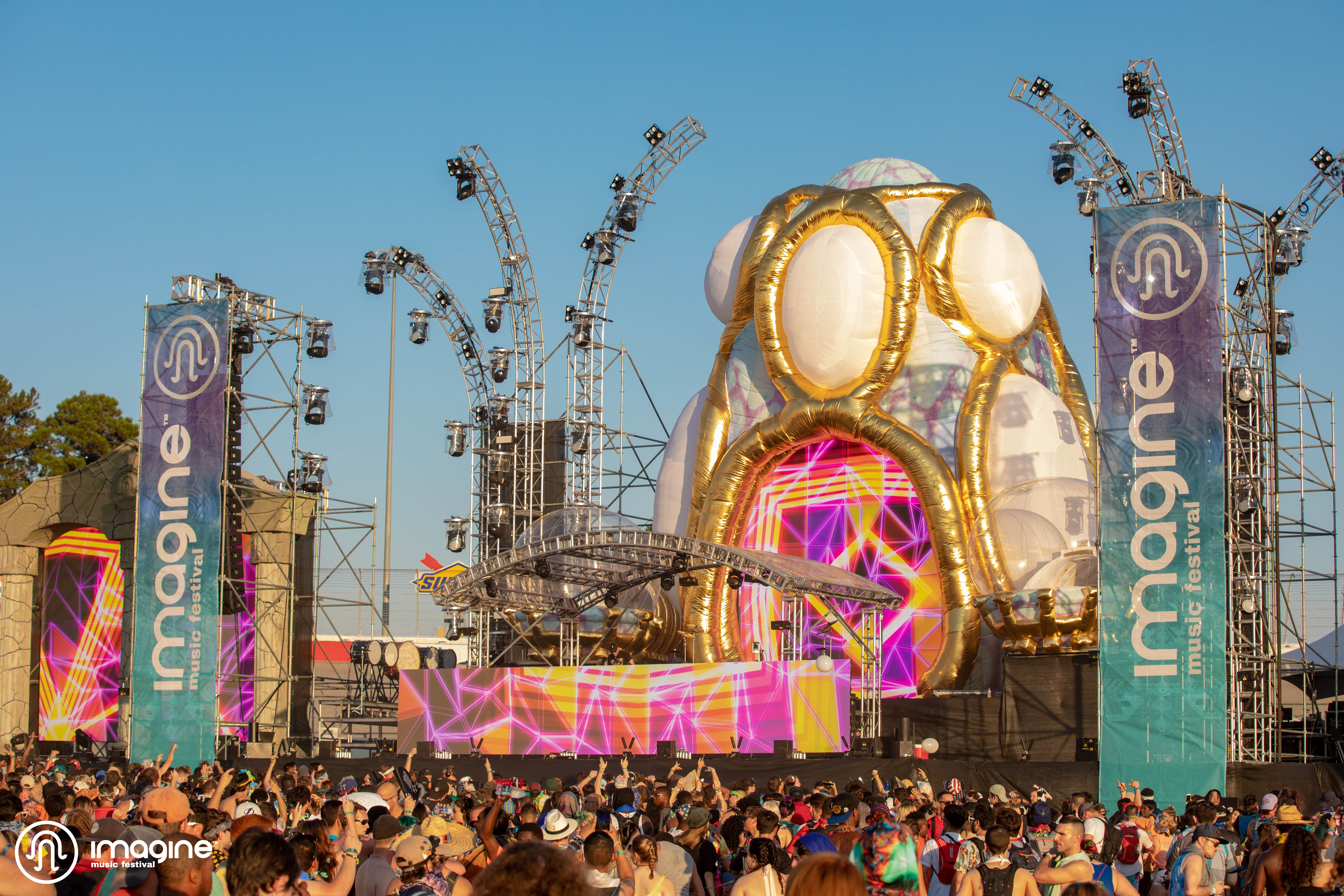 After Cashmere, we played ping-pong between Oceania and Amazonia to see Bassnectar, ZHU, and then Alesso. Bassnectar is great and has a cult following that head bangers snap necks to until they actually…snap. I must note, that my absolute favorite show of the whole weekend was ZHU. From what I heard from others, the feeling was unanimous. The way that he integrated all screen visuals, transitions, and the live instruments was flawless. His drops were longer than most which allowed you to get in a rhythm with the beat and find your zone. 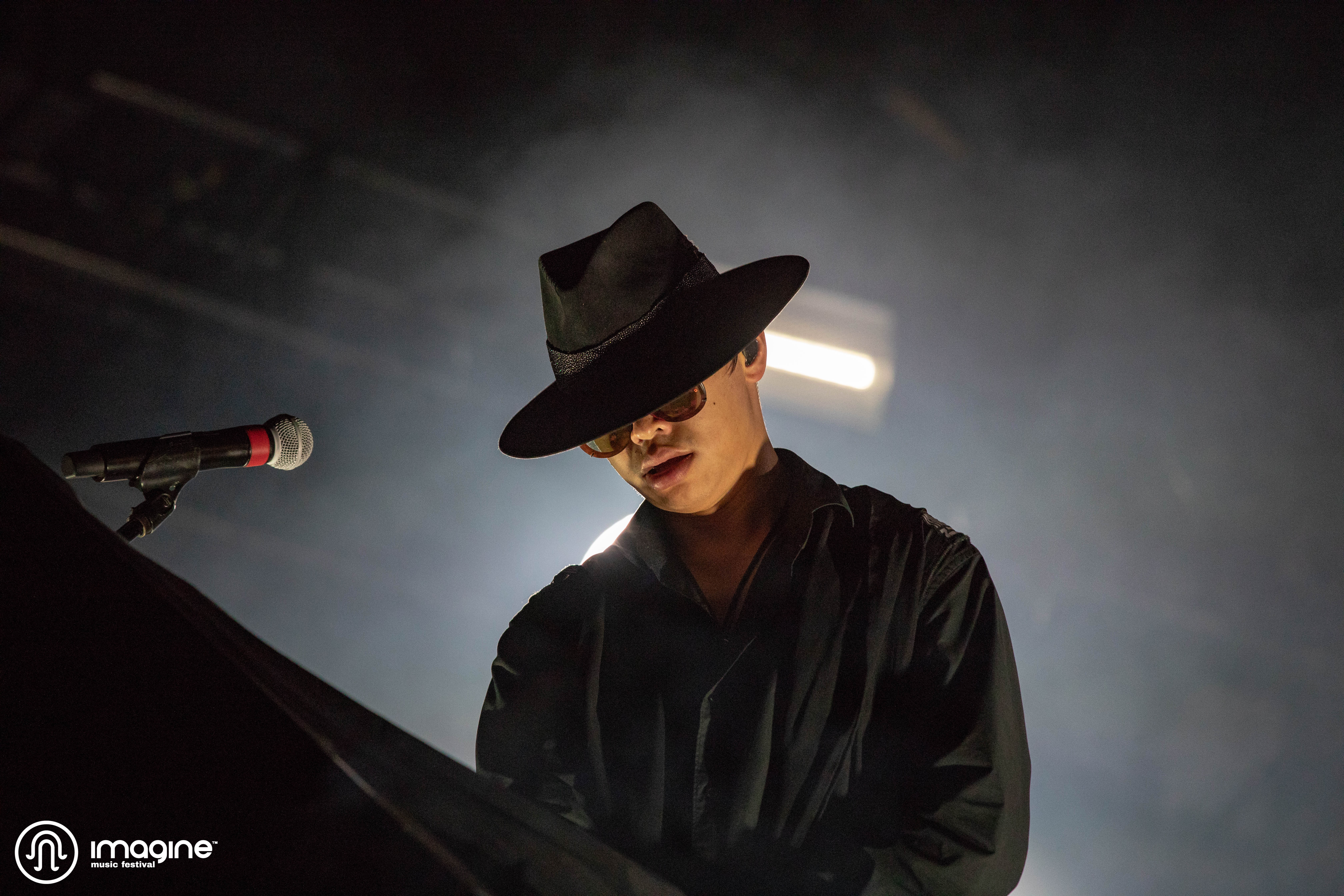 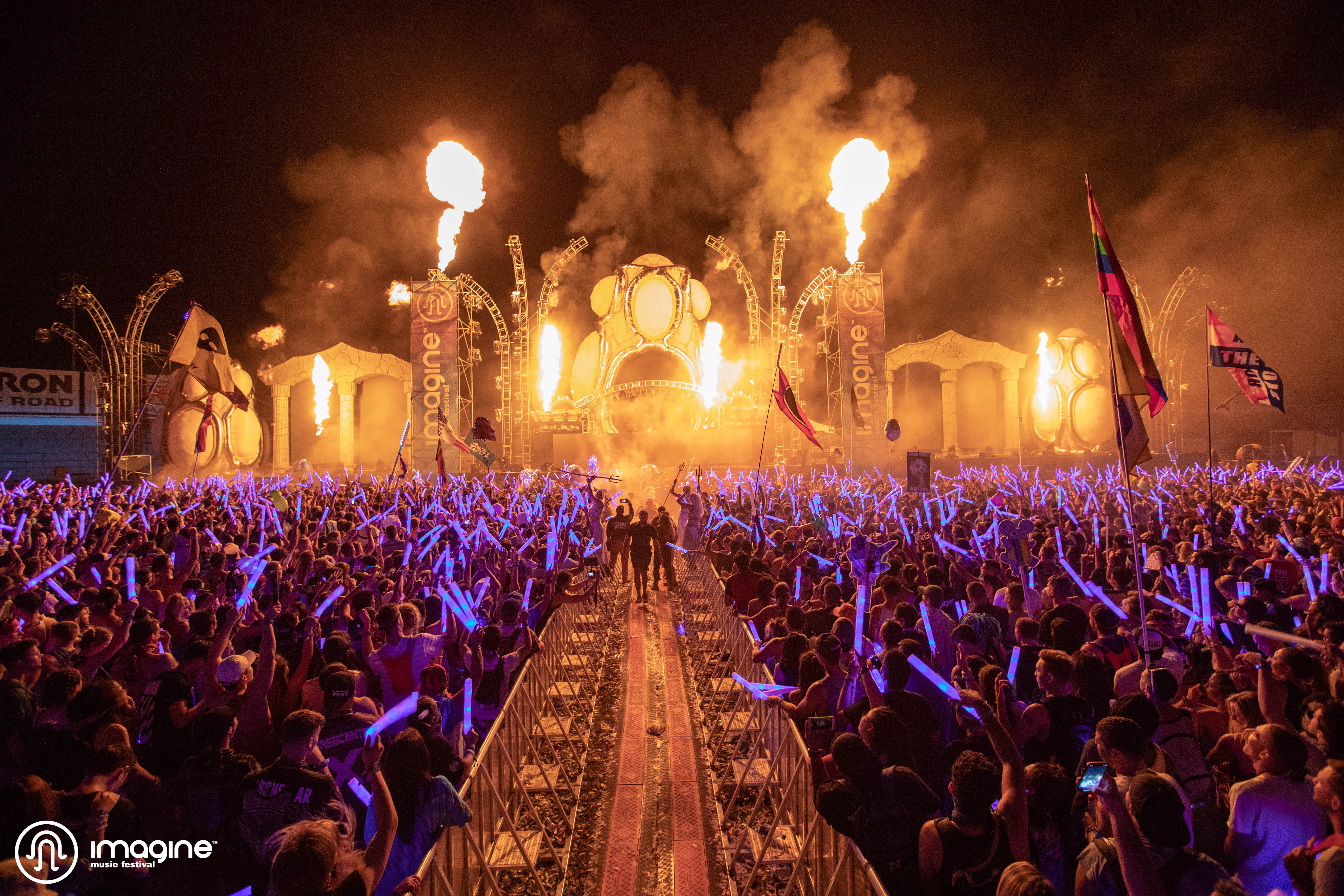 The energy was great, and everyone seemed to be moving the same, which doesn’t happen with many shows. Hands down my favorite music of the weekend. Following ZHU, we ran over to Alesso and the Swede played a great closing show for the night. My favorite song of his set was Heroes. Tt brought back so many memories from my college years involving Philanthropy. That song is just great and has a solid build up with a great drop. Following Alesso, we ran into silent disco for a good 5 hours again. 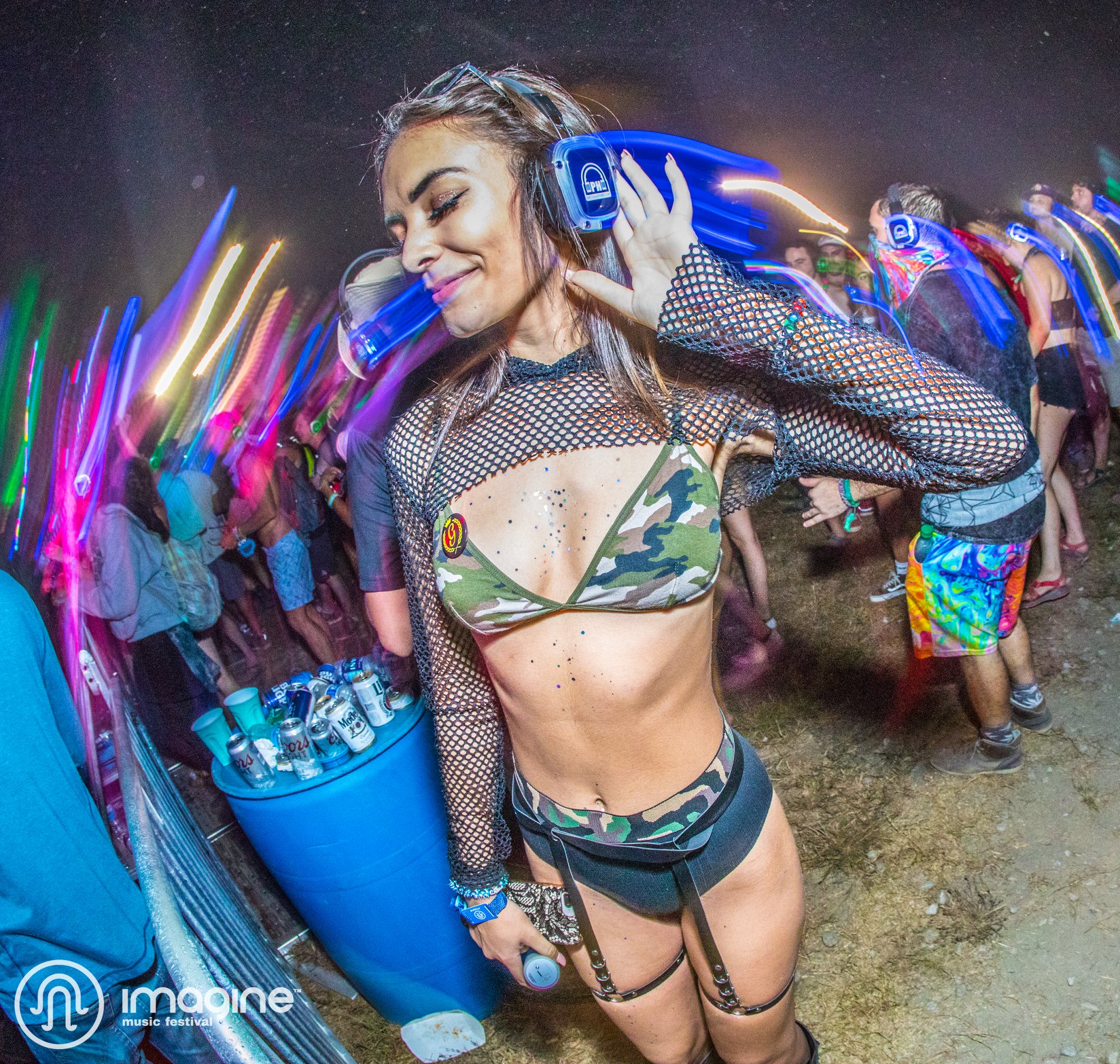 Sunday, unfortunately our last day, started well though. After sleeping in for a bit, we made our way over to Oceania to see Getter’s sunset performance. Afterwards, we slid over to Disco to see our friends Alex and Josh, the guys that make up Halogen. The crowds were light, but who doesn’t like some house music? After hanging out for over half the set, we headed over to RL Grime and that was one of the highest energy sets of the day. Great music with build ups that immediately dropped you into a world of bass. 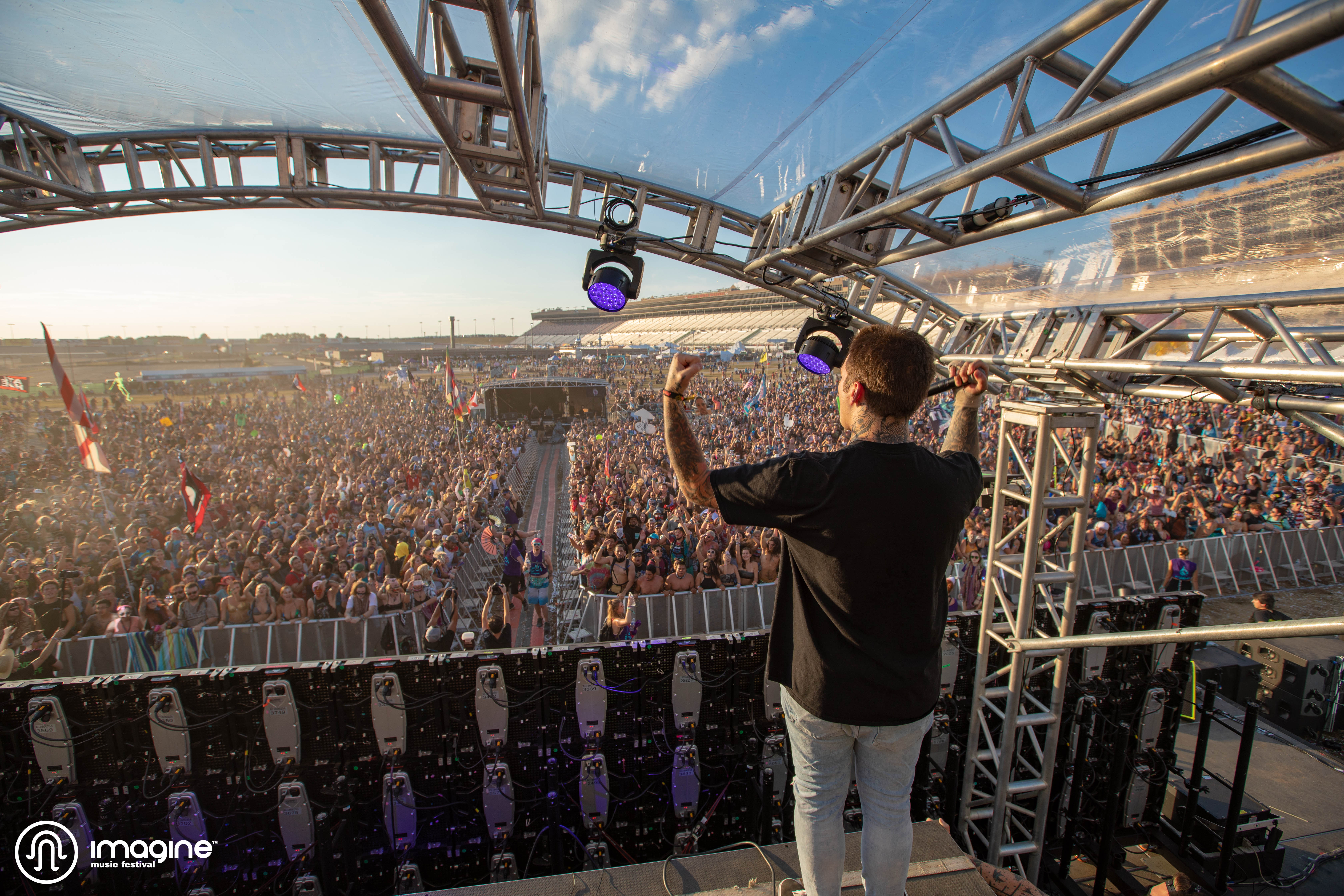 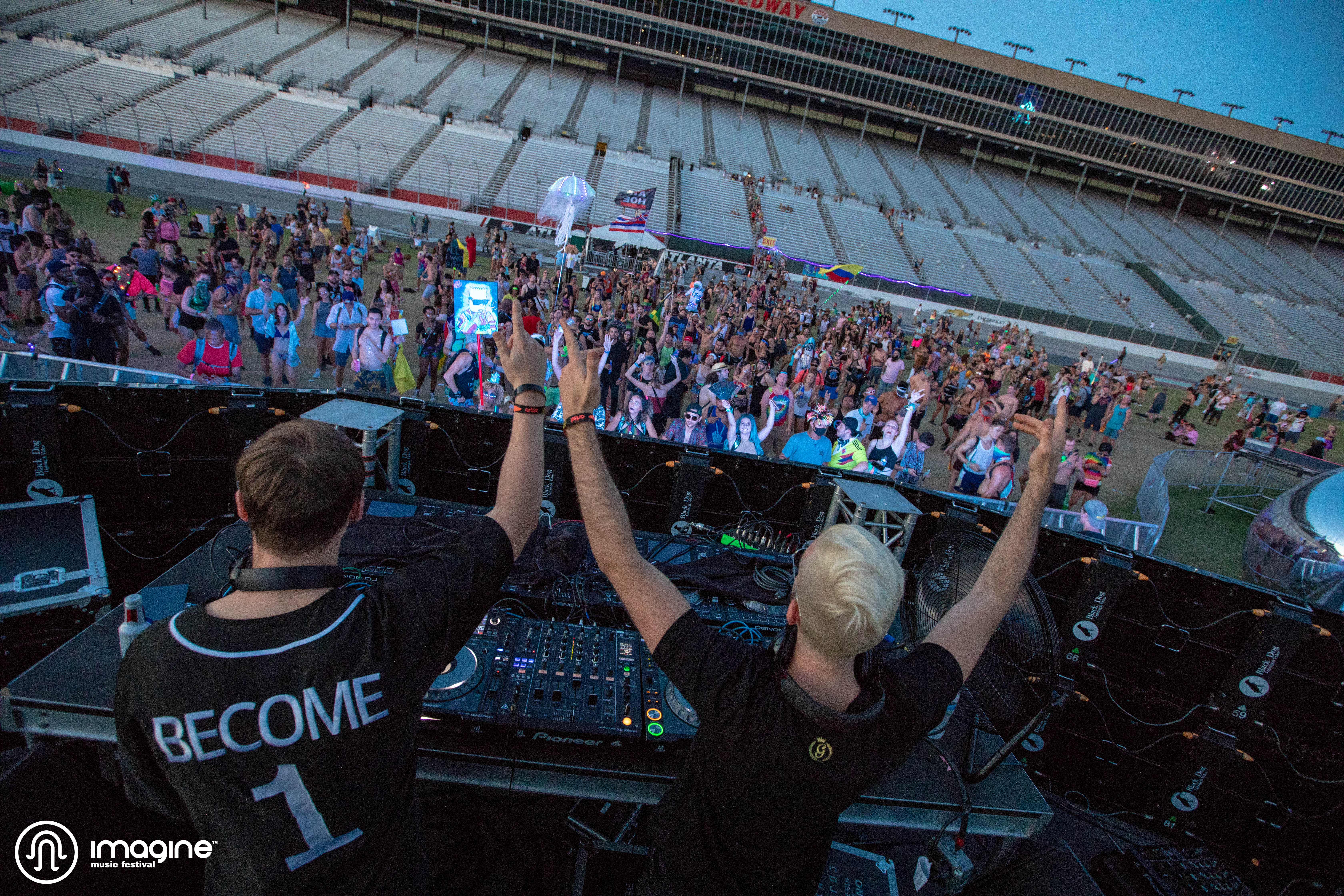 Zeds Dead. Man, these are some CANADIANS! The pyro, the lazers, the production was over the top. I think this might have been the most intense, thought out set of the weekend. Following Zeds Dead, we ran over to Amazonia and see GRiZ. He is ridiculously talented on many instruments and goodness can he play the Sax. The energy was high, and this would have to be my second favorite show of the weekend. I love how he incorporates live instruments into his set with accompanying positive-visuals. He preaches spreading positivity while on-stage and I respect it. This was the set that basically wrapped up my festival experience besides catching the very end of Oliver Heldens’ closeout and the family gathering. Night three ended with RV parties. Imagine 2018, you were a hell of a good time. I’ll be back no doubt. 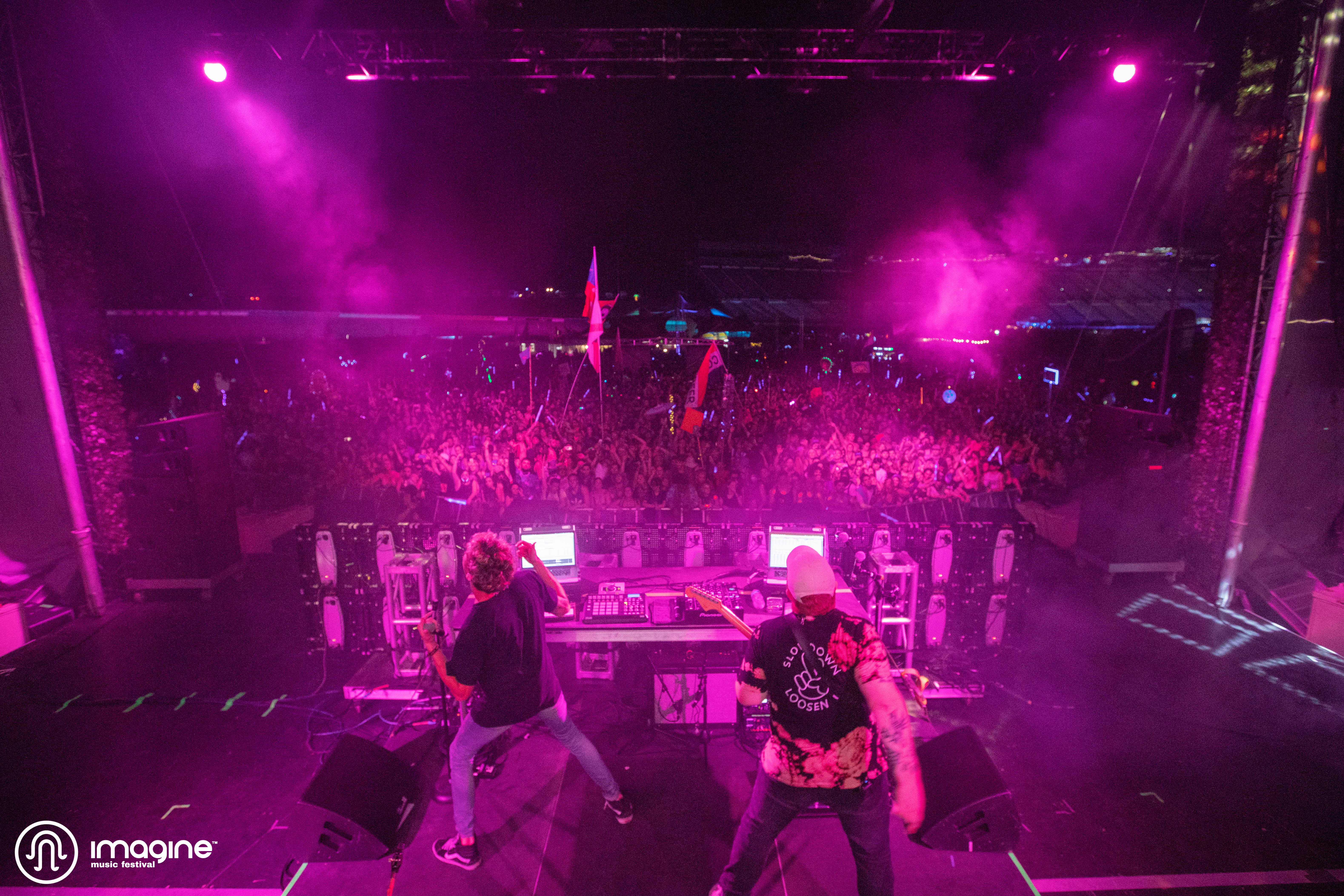 All photos not credited by Mr. Jeaux