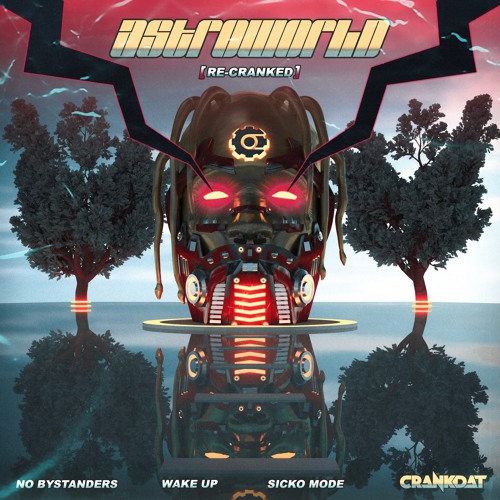 The wait is over Crankdat fans, the man who emerged onto the scene with his otherworldly remixes of some of the biggest names in the world electronic music has returned to his old ways diving head first into Travis Scott’s “No Bystanders.”

Following a string of monsterous collaborations and a handful of original, his beloved “re-crank” series is up and running once again after about a year with a couple more high-octane cranks coming this week.

“ASTROWORLD RE-CRANKED – song #1. I haven’t done any proper “re-cranks” in nearly a year. My goal for 2018 was to begin artistically defining myself with my original music. I feel like I did that, but in doing so I had to put a hold on one of my favorite means of expression – remixes. Especially, raw, cold ass remixes. Taking a song and flipping it on end – no parts, no stems, no vocals. Just the song and whatever I wanted to do to it to make it mine… to bring it into my world… that’s a re-crank… and re-cranks are back and I couldn’t be any more proud. Here’s my first project for you, I’ve been working on it since the end of summer. 3 songs from one body of work, but 3 very different vibes. I think they’re 3 of the best remixes I’ve ever done. Travis Scott, welcome to my world. #2 tomorrow.” – Crankdat