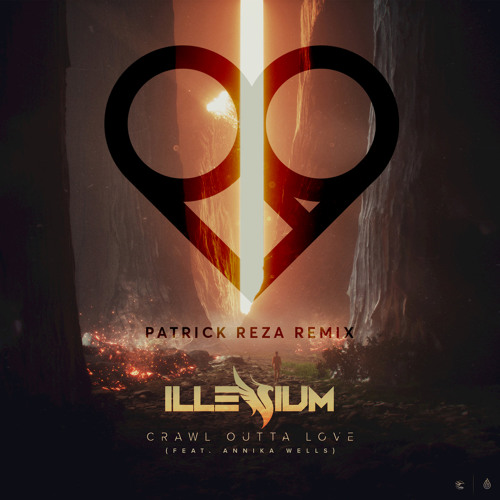 PatrickReza hot streak continues! Fresh off the release of a bevy of original productions, he has decided to work his magic on a track that immediately caught his attention, Illenium‘s “Crawl Outta Love” featuring Annika Wells and the end result is simply stunning!

Who better than the man himself to break down his latest release then the creative mind who produced the track so check out PatrickReza‘s explanation on how this track came to be below and enjoy!

“When Illenium released Crawl Outta Love I immediately fell in love with the arrangement, structure, and melodic vibe of the track. Annika’s vocals really spoke to me and the moment I heard her voice I was attracted to her raw talent and emotion in her incredible vocal performance. Needless to say, the original left me extremely inspired. I think electronic dance music as a whole is really lacking songs with raw and emotional vocals like Annika’s, many producers get lost in making intro, break, build, drop, repeat and I think it really takes away from many productions these days.”

Patrick continues, “I had met Nick at a couple of festivals and shows we played together and with the culmination of all of this, I reached out to Nick (Illenium) over Twitter messages to make a remix, to which he sent over the vocal stems. I was super inspired to jump right in, but practiced restraint as I wanted to maintain the structure and raw emotional, melodic orchestral feel to the song with my own production. As I was just sent the vocal stem, I was given the chance to let my production shine through, crafting an entire instrumental to Annika’s voice and Nick’s vocal editing. I went to work creating my own rendition of the song staring with real instruments: piano, strings, and orchestral percussion to create some theatrical tension leading up to the hard-hitting melodic drops, which share sounds and influences from my past releases in the future bass, dubstep, and trap realms.”

“I’ve worked on and off this remix for about 12 months now and my hope is that as a listener you’ll be taken on a sonic journey similar to the one I took in remixing this song. I want to thank Nick and his team for letting me play with his incredible original and I hope listeners will enjoy my fresh take on this incredible original.”