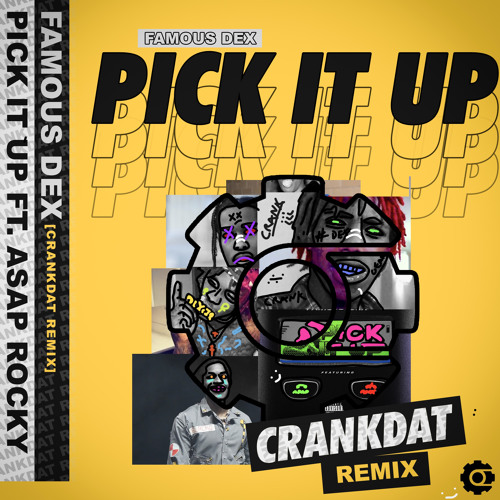 A much as we love our Crankdat originals, there is no denying that his remix will always have a special place in our hearts considering he has developed into the bass mastermind that he is today with his epic “re-cranks.” After lighting up our speakers with his epic collaboration with Ghastly, “Lemme See U,” Crankdat has decided to go remix mode once again putting his own spin on Famous Dex‘s hit single, “Pick It Up” featuring A$AP Rocky.

“Got to do a remix for Pick It Up by famous Dex. I made this a few days after I made my ROCKSTAR remix. We shot it over to Dex’s team and they were into it so we were able to get it uploaded for you guys! Hope ya dig it, its a little different from my usual styles but still goes hard af.” – Crankdat