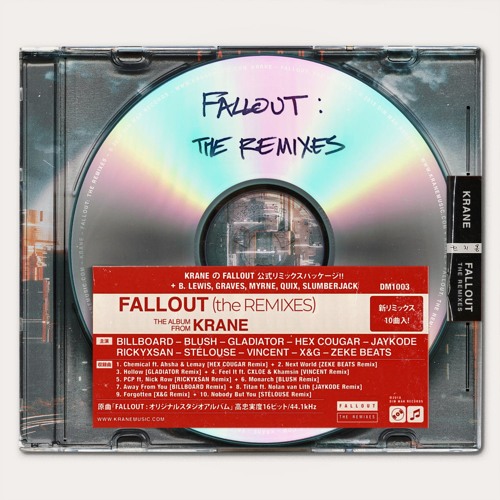 When you thought KRANE would stop at the album, you were wrong. This guy just called upon some of the best up and comers in the game. Most of these guys who remixed records off of his “Fallout” LP are in that tour phase working their way up to even bigger moves. We got a remix from Los Angeles’s JayKode, Australia’s QUIX and some other incredible producers. Hex Cougar kicks it off and sets the ground on fire with that incredible build synth and sex drop. Grab this LP by saving it to your Spotify library.

Nonsens Drop Their First Original Of The Year, “Let’s Go”
SLANDER Teams With WAVEDASH For Absolute Banger “Move Back”