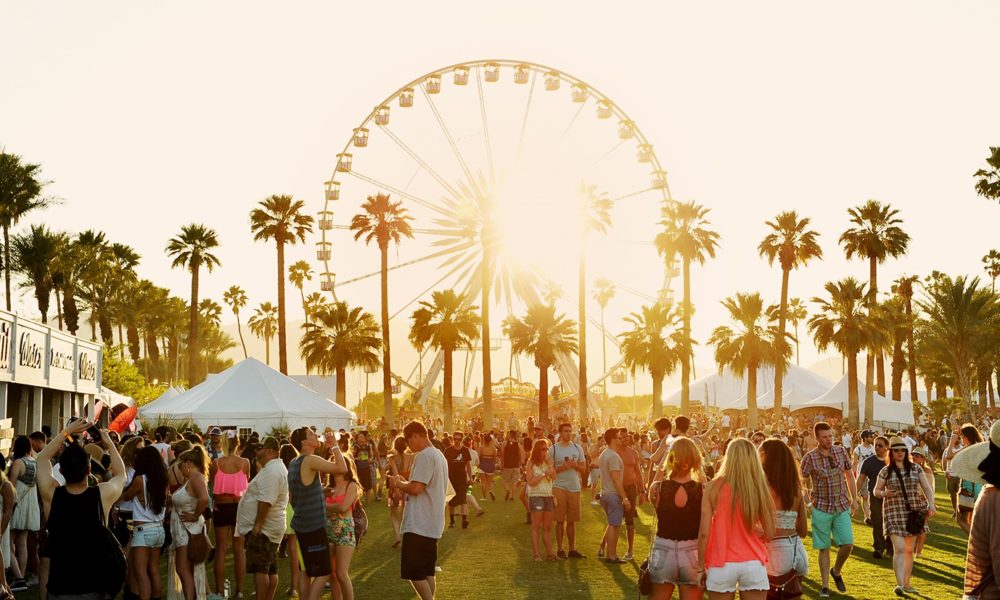 The word is out, Coachella has announced its full lineup for 2018, and it’s quite impressive.

Coachella will be returning to the Empire Polo Club in Indio in California for two weekends set for April 13th – 15th and April 20th – 22nd for what is going to be its 19th installment.

Beyoncé, Eminem, and The Weeknd will headline both weekends with additional performances by SZA, HAIM, ODESZA, Tyler, the Creator, Portugal. The Man, Kygo and more!

Toning it down in the electronic dance music department compared to recent years, Illenium, REZZ, San Holo, Alison Wonderland, Louis the Child, Party Favor will all be paying a visit to Empire Polo Club alongside a handful of others.

Check out the full lineup below! 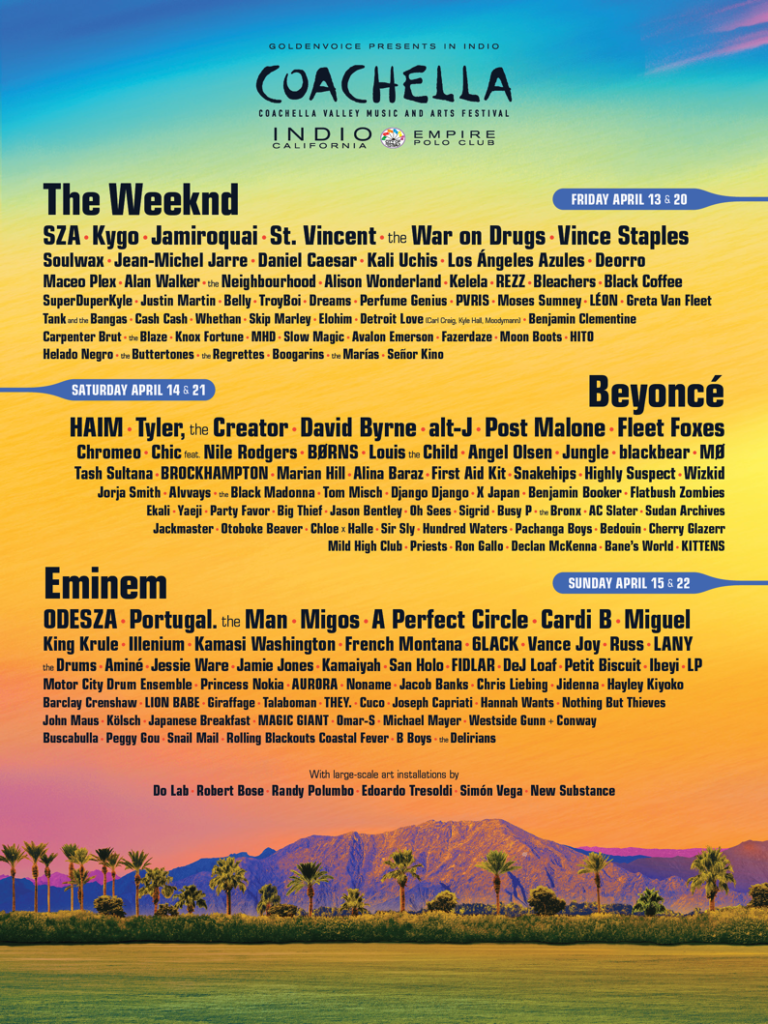