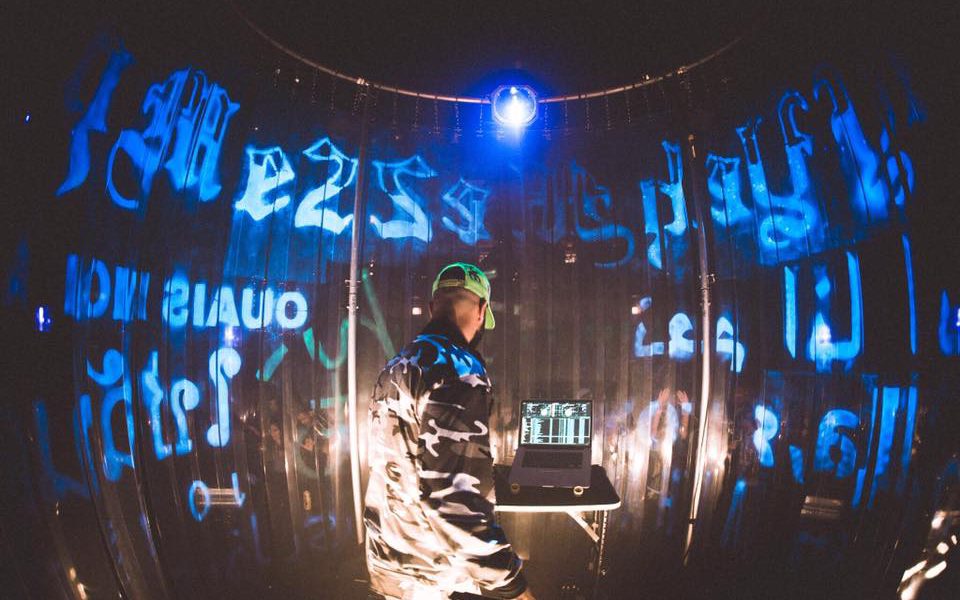 Josh Young aka mister YehMe2 and formerly 1/2 of Flosstradamus is crushing the solo thing right now. If you weren’t already hip to the stylings then today is the day you find out. Having helped pioneer a new wave of electronic music, you better believe he’s still coming with forward sounds and ideas. The unique edits and remixes he’s been releasing continuously are like nothing you’ve ever heard. The work he’s been putting in is next level; between the tour, two mixtapes and all just this year? Fresh off the announcement of his new project? That’s dedication! If you haven’t been following, you definitely missed something special. Take a little bit of time and familiarize yourself with the dude below!

TSS: How has D.C. been to you?
YehMe2: D.C. is cool man, I just got in earlier and got to see some family. I love this city, it’s definitely one of my favorites to play!

TSS: You have any time to do some exploring?
YehMe2: I’m a runner so I love to run around The Capitol and The White House but today I got in a lil late so I didn’t have time to do that but I definitely went and got some dinner at Lincoln Restaurant with my family, it was super good.

TSS: You’re a runner so I know you’re hip to sneakers, what are you currently running in?
YehMe2: Fuck man what are they called, they’re Nikes. I think they’re called 1,000 milers or something like that.

TSS: Easy transition then; I’ve peeped a lot of DJs with a1 sneaker game, whats your go to casual shoe?
YehMe2: The ones I’m wearing right now, The Nike TN!

TSS: Thoughts on the new Yeezys?
YehMe2: They’re tight, I fuck with them. The shit right now is different; like with the Balecniaga shoes, everyone thinks they’re ugly but I fucks with it because it’s on some next level shit.

TSS: What do you think about Adidas stepping over Jordan brand and the longevity of Adidas on top of the sneaker game?
YehMe2: Jordan has been on top but right now Kanye has the most clout, Nike lost him and he released a diss track on Nike. It’s honestly just awesome to see a creative person from Chicago coming up and being able to do what they dreamed and that affecting culture in the way it has. By the way, Kanye looks really happy in every picture I see of him and I like that.

TSS: Everyone loves happy Kanye! I heard you guys played The Gathering, in what was it 2013? How did that go?
YehMe2: I’m not sure what year it was but it was awful.

TSS: Weren’t you guys one of the only electronic acts on the lineup?
YehMe2: I think we were the only ones. Yeah, it was terrible man and listen I’ll say this. Vice came down there with us and did an interview before the show happened. When we performed someone threw a rock at me with a wrist rocket. I got hit in the face with a rock in the first two minutes of the set and I was bleeding from my face.

I’ve played some shitty shows before in my life, I mean I’ve had some really wack shows but I’ve never before been assaulted like that. Dead ass, if that rock was like an inch higher it would’ve hit my eye and I would been fucking blind in one eye. So, I don’t fuck with the Juggalos and I don’t fuck with The Gathering. I know it might’ve been one person but there was shit getting thrown at us all night so I do not co-sign, I do not fuck with that shit, it’s terrible.

TSS: I hear that, that doesn’t surprise me if we’re being honest. So what is your favorite festival? To play or even just to attend?
YehMe2: My favorite festival is probably Lollapalooza. Its in my hometown, Chicago and it’s always awesome. It’s a super fun festival that’s super well run. The company that puts it on, C3, is a really great company. I also played this festival called Igloo Fest which was in Montreal in the winter. It was snowing, there was maybe a foot of snow on the ground and the snow kept coming while we were playing. That was incredible and definitely a super fun experience.

TSS: What about one that you’re looking forward to as a solo artist?
YehMe2: Coachella, Bonnaroo, Lollapalooza; I’ve got my work cut out for me man. I’ve got a lot of festivals I gotta play as far as a solo artist goes. So far it’s just been Hard Summer and that was dope.

TSS: That Hard Summer set was something else for sure. Where does the name YehMe2 derive from though?
YehMe2: Me and my wife came up with it just kinda shooting the shit trying to come up with fun ideas for what the project could be called. Initially, I was gonna put all the songs out as Flosstradamus songs but then I decided last minute to switch it up and do it as a side project. We came up with “Me2” and that evolved into YehMe2.

What it is, is basically a commentary on how everyone in electronic music, dubstep, trap, everything that’s out there is making the same exact shit. It’s like a bunch of “yeah, me toos” and I’m just saying that, I’m like yeah, me too. Everyone flies private jets (yeah me too), everyone plays this festival (yeah me too); I’m going in the complete opposite direction of all those people. I’m making shit that sounds different, I’m doing shit that’s outside of the box; my production, my style, my aesthetic is outside of the box. So, the name is basically a commentary of what’s happening in the industry.

TSS: Thats real! So I have to ask; post-Floss, what’re you doing differently that you maybe weren’t able to do before?
YehMe2: There’s just a lot of creative freedom that I have now. Where as Floss was a partnership and so every idea that came through was something that had to be approved by two people. I was only half of a whole, with this I can be the full creative idea and anything I want to do I can do it. This project is definitely a lot more heavily based in sampling, remixing and nostalgia.

I’m taking all the stuff I loved and was into growing up and reinterpreting that into songs that are relevant to 2017. The biggest difference for me is not having any ceiling or any box to be put in. Floss definitely got put into a really hard, trap box. We just became the guys that did mosh pits and went the hardest. I still want my shows to go hard but I just don’t want to have every single song I make be hammer and nails. I like there to be a little bit of a different level of creativity involved.

TSS: I see that no doubt. Who’s your favorite rapper right now?
YehMe2: Just to name a rapper that I’m super into this week, I fuck with Rico Nasty.

TSS: Whats so compelling to you about Rico Nasty?
YehMe2: First off I like that she made a genre, her genre is called sugar trap. It’s like really pretty, beautiful trap songs that are hard as fuck but also super musical and really dope. I love the fact that she’s out here creating her own lane within the lane that exists. In addition to that, 2017 has just been an amazing year for women in hip hop and shes adding on to that. She’s building on to the fact that girls are holding down rap right now. It’s really cool to see more than just one artist; it’s not just Cardi B, it’s not just Nicki, it’s not just Remy Ma, it’s other girls that are just killing it.

TSS: Any collabs on the way? Collabs you want to make happen?
YehMe2: I got stuff with TroyBoi, Seno, DJ Snake, and this girl Whip Cream who’s fucking crazy. I’m probably gonna work on the A-Trak Low Pros project. I’m just trying to do futuristic hip hop music so anyone that’s on that wave or is willing to fuck with me on that then that’s who I’m working with.

TSS: When should we anticipate an album?
YehMe2: Yo, I don’t know man I was thinking about doing an album. I’ve had two mixtapes; between Steal This Mixtape 1 and 2, that’s 60 tracks. I already got a few joints out there but for me in this day and age it’s like I dropped those tracks and I did them as a beat a day on my Instagram. Every day was a new focus on a song so I kind of occupied a month to a month and a half of wavelength.

When you make an album and you drop that album minus the few singles you promote from it, it still ends up being one release. It’s hard in this climate to put all that time and energy into a project that amuonts to the reaction that people will give to one song. Unless you’re Kendrick or Ye, if people are waiting and holding their breath for you to drop an album and that’s it. For an artist like me, I’m definitely gonna focus more on just trying to put out dope shit on a regular basis. So, all year round every month you’ve got something new to bump from me.

TSS: What’s 2018 looking like?
YehMe2: I’m really going to focus on putting out original music and finding out what my sound is for originals. I love to flip things, I’m all about samples, I can take any song and I don’t even need the stems. Give me any mp3 and I’ll fucking flip it so right now thats my biggest focus for 2018. Being able to figure out what my sound is for original tunes.

Getting that figured out, putting that out and having a ton of original music on the market. That in itself is a cool process for me because if im releasing music on that frequency then I’m working constantly, if I’m working, I’m getting better and everything is evolving.