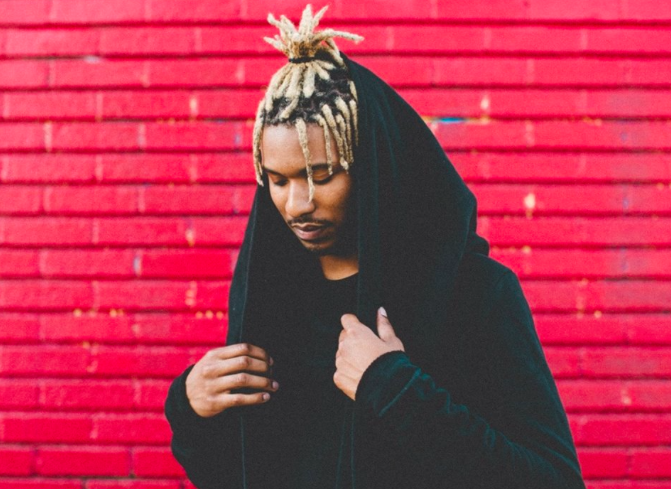 SAYMYNAME has had a crazy few years. After winning Insomniac Event’s Discovery Project in 2013 and graduating college in 2014, he’s been on the rise. Now, in addition to releasing hit after hit, he’s touring and playing his first headline show at the Belasco Theater in his hometown. We had the pleasure of interviewing SAYMYNAME and hearing all about phase 2 of his ‘What’s My Name’ tour, his single, “Drop It” and much more. Check out the complete interview below and purchase your tickets for his tour before it’s too late.

TSS: How did growing up in a musical family influence your upbringing?

SAYMYNAME: From as early as 4 years old. I would watch my father mix hip-hop and early electronic records on his turntables at our house. He taught me how to DJ and gave me his tables, mixer and record collection. I would practice mixing Kraftwerk, Run DMC, James Brown, Egyptian Lover records and so many more. That really shaped who I am today as an artist.

TSS: You graduated from Chapman University with a degree in PR and advertising. How’d you decide to pursue music rather than PR or advertising?

SAYMYNAME: By my senior year at Chapman University, I started playing smaller shows and shifting my focus more on music. I always wanted to become a professional DJ so by graduation (2014) I decided to completely focus on music rather than a career in the advertising industry.

TSS: You won Insomniac Event’s Discovery Project in 2013. How did winning this coveted competition influence your career?

SAYMYNAME: The Discovery Project opened so many doors and impacted my career. Following EDC LV 2013 I was fortunate to play Basscon 2014 at the Nos Events Center. The Discovery project gave me a platform to promote HARDTRAP music, as well as play at EDC LV 2013.

TSS: You’re known as “the godfather of HARDTRAP.” What drew you to this genre?

SAYMYNAME: My love for both HARDSTYLE and hip-hop music drew me to the genre. When I started SAYMYNAME I thought it would be cool to combine the two genres and create my own sound and pioneer HARDTRAP. It is amazing to see HARDTRAP supported by artist like Martin Garrix, David Guetta, Afrojack, Tiesto, DJ Snake, The Chainsmokers, Skrillex, Hardwell and so many more.

TSS: You recently announced phase 2 of your ‘What’s My Name’ tour. What can fans expect from your shows?

SAYMYNAME: I am so excited for my tour! Fans can expect nothing but high energy, good vibes and some of the wildest shows they’ve been to. I’ll be playing my new music and bringing the HARDTRAP to every city.

SAYMYNAME: Sometimes I like to find a quiet space in the venue alone and visualize how I want the set to play out. A lot of my preparation is mental, because it’s important for me to attack every show with a strong mindset.

TSS: What was your inspiration behind your latest single, “Drop It?”

SAYMYNAME: “Drop It” was a fun track to make! I started it on my flight to El Paso for SCMF and got inspired to make it dark yet hard-hitting with some hip-hop elements. It was also inspired by my previous single “Get on my Level” but with more elements, a harder sound and synths and drums added.

TSS: What can your fans expect from you as 2017 progresses?

SAYMYNAME: Expect more new music! I am excited! My collaboration with Afrojack came out Nov 6 on Musical Freedom records. I just finished a really cool track with Karra that were excited to release. I am stoked to play my first headline show at the Belasco Theater in my hometown LA.  Also, my fans can expect a lot more shows as I go into Phase two of my “What’s My Name” Tour.