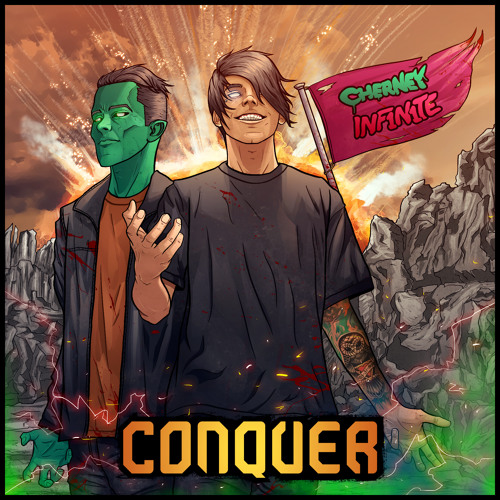 Soundcloud may have lost a bit of momentum as of late, but there is still plenty of heat out there as long as you look in the right places. While digging through the depths of the streaming platform, Cherney and INF1N1TE are two names that will pop up quite often if you’re looking for some new bass talent. Well, these two bass beasts have joined forces.

Dubstep and metal have shaped up to be a true match made in heaven, and luckily a handful of bass producers have cracked the code. “Conquer” is an aggressive hybrid where the two genres collide resulting in the ultimate form of organized chaos.

Put your speakers to the test with Cherney and INF1N1TE epic collaberation below!