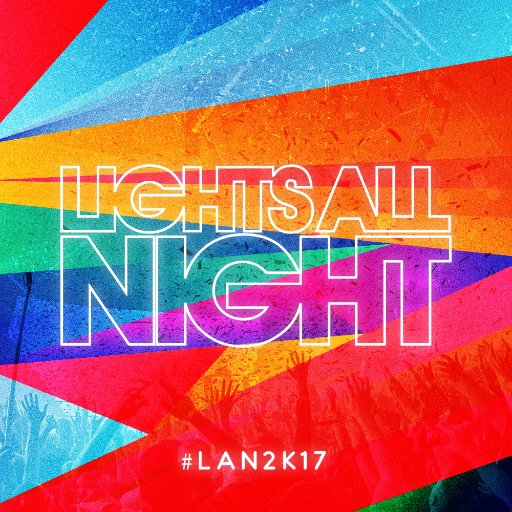 Lights All Night (LAN), the largest end-of-year music festival in Texas, is excited to officially reveal the full music lineup for the eighth annual event, which is set to return to Dallas Market Hall on Friday and Saturday, December 29 and 30 of New Year’s Eve weekend. Lights All Night looks to continues its tradition of offering DFW residents and travelers alike a highly-curated mix of top-tier electronic music acts spanning a variety of genres. With this newly revealed expanded music lineup Texas’s biggest end-of-year celebration will now play host to one of the most sought-after acts on the globe, Marshmello, whose identity is still unknown even as he continues to produce countless chart-topping hits including two of his most recent singles. Also performing will be NGHTMRE, who continues to tease audiences with fresh new singles in advance of his forthcoming yet-to-be-named EP, along with previously announced headliners Bassnectar, Porter Robinson (DJ set), Illenium and Seven Lions.

As genres continue to collide in today’s music landscape, Lights All Night will again feature some of the top acts in hip-hop, including Houston’s own Maxo Kream, in addition to previously announced Phase 1 rappers Ugly God and Smokepurpp. Additionally, the Grammy-award-winning DJ and producer Morgan Page will now be taking the stage, alongside experimental electronic DJ Liquid Stranger to close out 2017. Several back-to-back (B2B) collaborative performances are also scheduled for this year, including Holly B2B Slayer and Sage Armstrong B2B Bot, in addition to all of the other previously announced stellar talent like AC Slater, Destructo, Drezo, TOKiMONSTA, and more, as well as a live set from Ookay, which was just introduced for the first time at Nocturnal Wonderland this September. The full and final music lineup for Lights All Night 2017 can be found below: 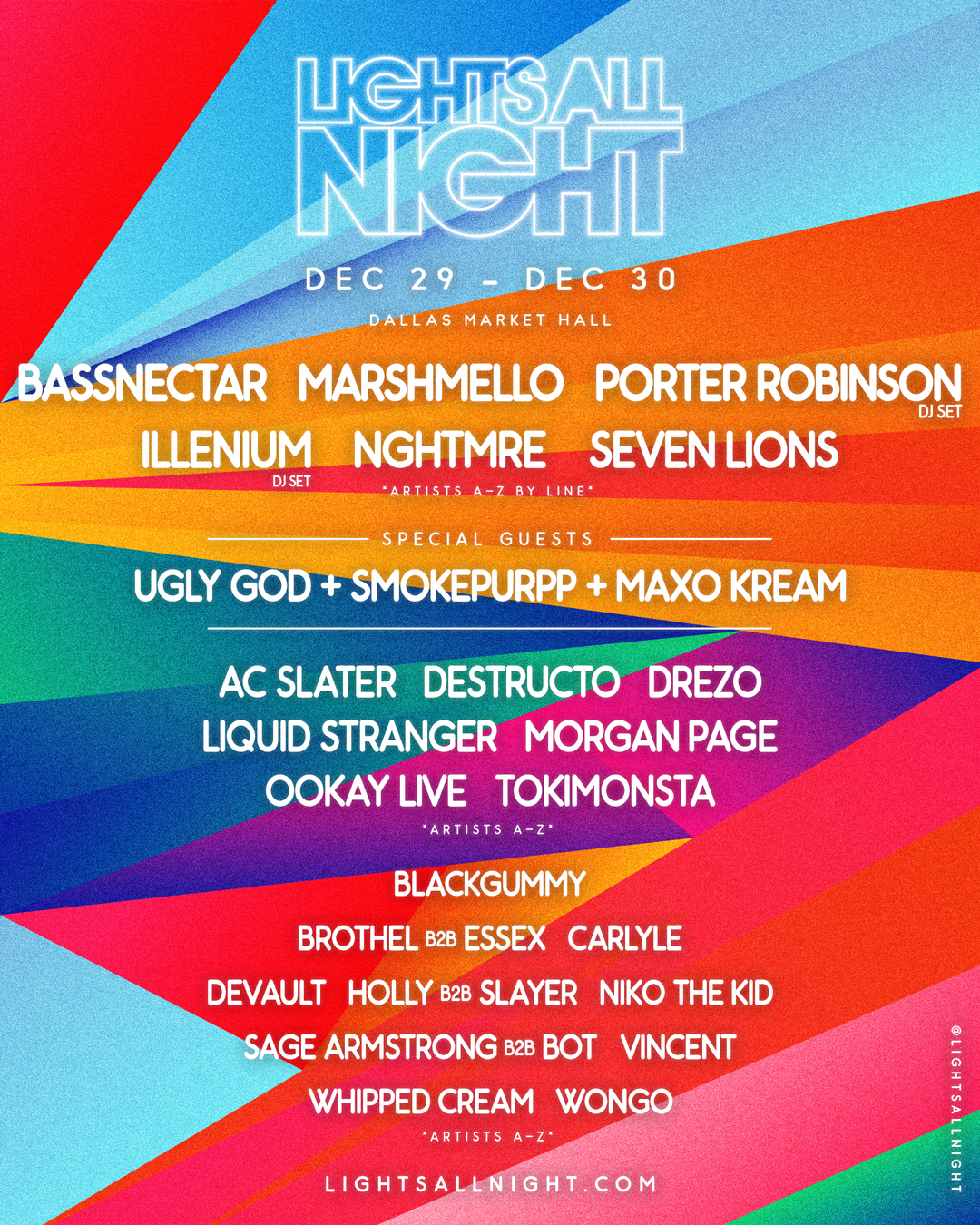 LAN is also proud to announce that the festival is partnering with several of its top music performers in donating more than $22,000 in support of Hurricane Harvey relief efforts.The proceeds of this campaign are being donated directly to the Houston Food Bank — for which the organization states on its website, “every dollar donated to the Houston Food Bank provides the equivalent of three meals for an individual.”

In conjunction with the initial Phase 1 lineup announcement last month, Lights All Night and several of the performing artists on this year’s lineup agreed to a unique partnership to provide a specially-priced ‘Houston Relief Pass,’ of which a portion of proceeds from each ticket sold would be matched and then go on to support Hurricane Harvey relief efforts. This special ticket cost just $10 more than the traditional ticket price of $109. The added $10 was then matched by the festival team, as well as by each of the following individual artists: Bassnectar, Porter Robinson, Illenium, Seven Lions, Ookay, Drezo and TOKiMONSTA.

“Having seen firsthand the destruction that Harvey caused across our state, my team and I immediately knew that we had to get Lights All Night involved to help support,” said Scott Osburn, cofounder of Lights All Night as well as a native Texan. “With the greater Houston area having been hit hardest, I thought it was only right to do something specifically to help out our neighboring sister city. I honestly cannot imagine a better opportunity to give back than in partnership with some of our amazing artists, who decided to match donations simply out of the kindness of their hearts.”

LAN celebrated its seventh anniversary last NYE weekend with a second consecutive year at Dallas Market Hall and more than 40,000 fans in attendance at the two-day event in 2016. Fans and attendees of the 2017 year-end event can expect another unforgettable weekend filled with awe-inspiring performances and top-of-the-line production for a truly memorable start to 2018. Similar to last year, LAN will include large outdoor areas, as well as some of the best food vendors in the DFW area and multiple free water stations throughout the expanded facility.

Two-day GA and VIP tickets are on sale now at www.lightsallnight.com. Weekend GA passes are available for purchase for just $119, while VIP passes cost $219. VIP passholders get the utmost festival-going experience at LAN with perks including preferred viewing areas, expedited entry, exclusive VIP bars, private restroom facilities, onsite event hosts, and so much more. Interested ticket-buyers are encouraged to act now, as supply is limited and ticket prices will increase as the festival date approaches.

More details surrounding the eighth annual event in 2017 will be announced in the coming weeks, including the daily lineup and single-day tickets, as well as additional experiential details like the lineup of vendors, merchants, and visual artists slated to be onsite throughout the two-day weekend. For more information and to stay up to date on all LAN news and announcements, please visit the following channels: