While some are still recovering from the uber-successful debut of Excision‘s Lost Lands Music Festival that took place in Thornville, Ohio, most are already counting down the days for its return in 2018.

Excision took to his Excision’s Headbangers Facebook group to ask festival goers the opinion on moving dates two weeks earlier to September 14-16th because of the Resonance Festival. No official confirmation on 2018 dates yet, but thanks to the screenshot below, we have a ballpark idea of whats to come. 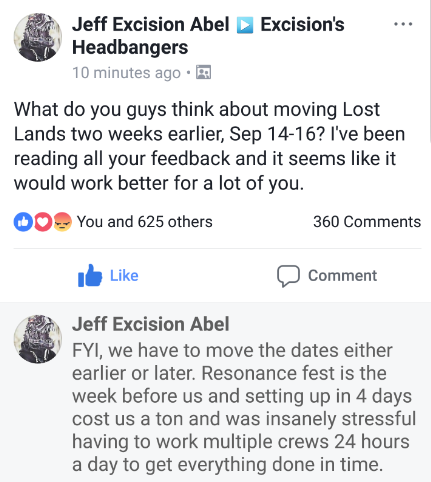