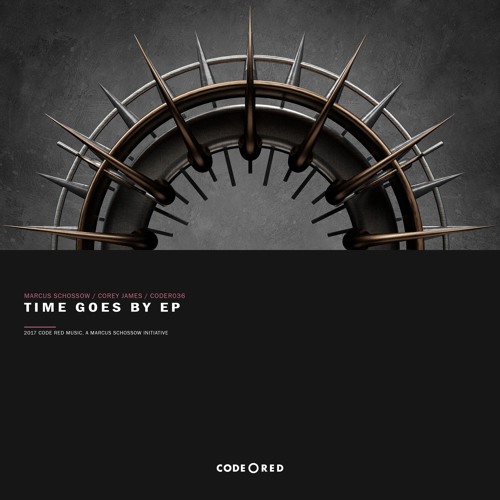 Today’s release day for the label Code Red Music. They have Marcus Schossow and Corey James collabing for the Time Goes By EP. The title track is like the best slice of cheesecake you’ve had but better. The snappy kick pairs well with the percussion. The low end of the track is dark and smooth. Then the big horn hitting every 8th beat is the cherry on top. The second tune is called Tough Love. The bass is just as deep as the previous tune. I like that they made this one more lively while keeping that dark club vibe intact.

Once dubbed ‘Liverpool’s best-kept secret’, DJ/producer Corey James is now a globally recognised star who is set to perform at London’s music mecca –Ministry of Sound, September 1st. His summer tour has also seen him shine at world-renown festivals including Summerburst, Balaton Sound and Creamfields. Through hard-work and determination, Corey James has also chalked-upreleases on prestigious imprints including Spinnin’, SIZE, Axtone and Protocol. Now, without catching a breath, he’s back on Code Red Music via his ‘Time Goes By EP’ with Marcus Schossow, which also marks his third instalment on the imprint, from which he debuted on back in 2015.