CRSSD Fest Prep: Songs To Get You Pumped For The Weekend 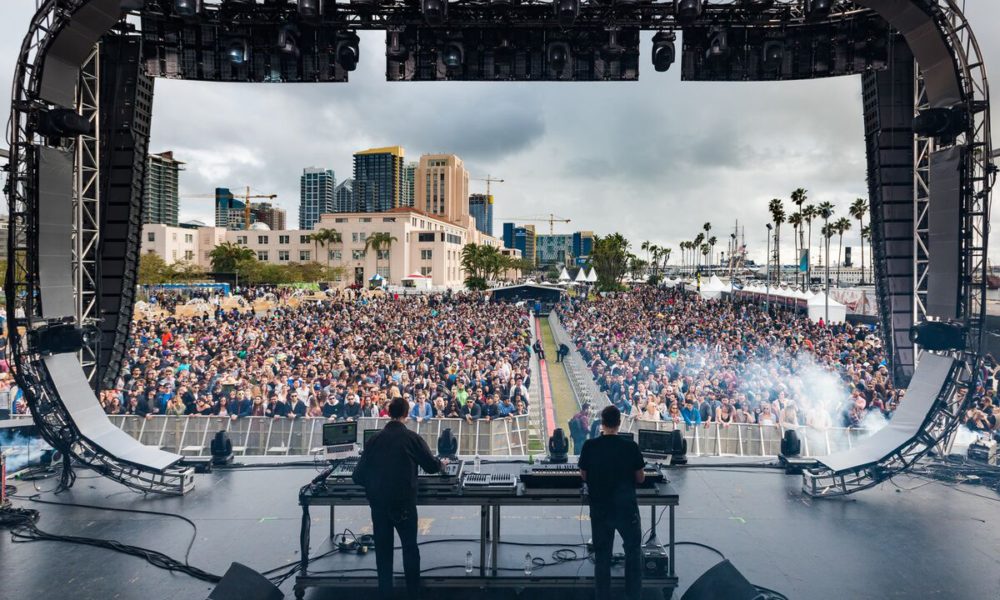 CRSSD Fest Prep: Songs To Get You Pumped For The Weekend

Can you believe that CRSSD’s Fall 2017 Fest is just around the corner?! Ever since launching back in 2014, CRSSD has become synonymous with San Diego’s premier music festival. The event is located right on San Diego’s coastline and boasts a beautiful view of the glimmering Pacific Ocean. But the best part? The lineup of course, which is always incredibly stacked yet diverse which gets us excited.

Fall 2017’s lineup is just as drool worthy. So to get you prepped for the fest, we’ve put together a list of songs to get you through the week and ready for the weekend. 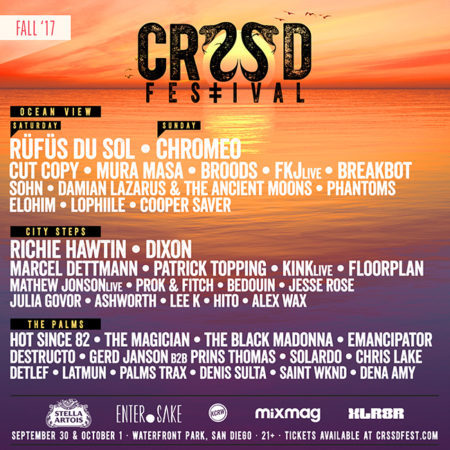 Lorde – Green Light (Chromeo Remix)
This Chromeo remix of “Green Light” is playful and will be sure to have you groovin’ – two traits that I would say perfectly encompass Chromeo’s vibe perfectly.

RÜFÜS DU SOL – Hypnotised (feat. Dena Amy)
I first learned about Dena Amy when watching “Dance Academy” back in the day. But since her time on mainstream TV, she’s been shifting focus oto music – which we’re kinda really sort of obsessed with. Aside from working closely with RÜFÜS DU SOL, she goes hard with her own productions and DJ sets too. You definitely won’t want to miss either performance at CRSSD!

Phantoms – Cocaine
Phantoms recently released a plethora of new music, all of which is solid AF and going to be great hearing fresh at CRSSD. But you can never forget about the classics such as their track “Cocaine.”

Elohim – Sleepy Eyes
Elohim has been another recent discovery and obsession of mine. This girl has a stunning aura and sound. She plays her sets live which makes for one epic performance and dance party.

SAINT WKND – Survive
“Survive” features beautiful synths that speak in almost a poetic way. It’s just one of those tracks that just make you think, “Damn – relatable.” in the best way possible.

Lane 8 – March Of The Forest Cat
Things that sound just straight up glorious: Enjoying Lane 8 in the sunny and beautiful city of San Diego.

Chris Lake – I Want You
Sultry and smooth. Good luck not busting a move to this addictive beat.

Ultra Miami Drops 2017 Festival Aftermovie, 2018 Tickets On Sale
Get Lost In The SAUCE In Boston