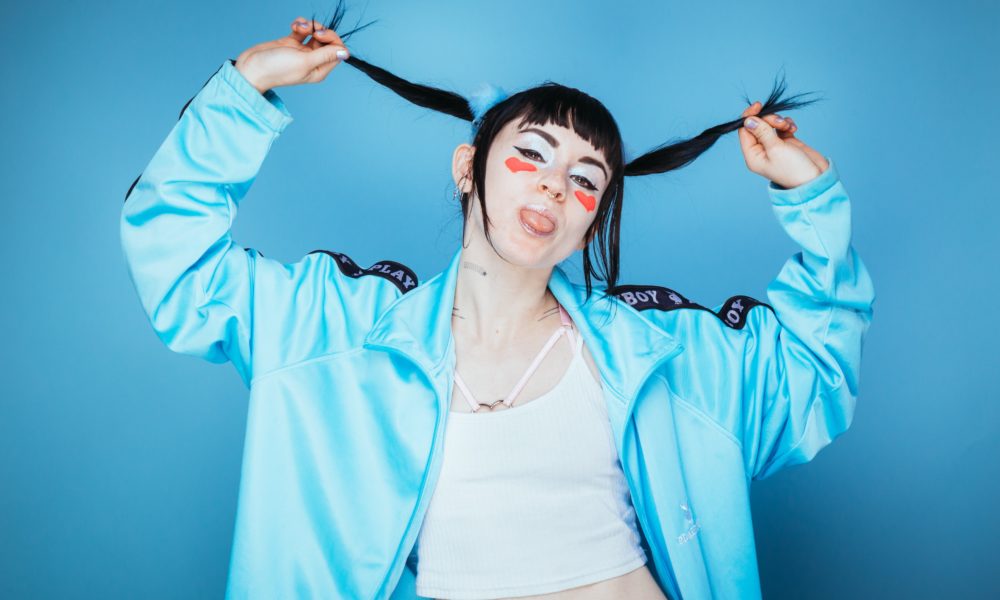 While some say the electronic dance music landscape has become “stale” with most releases beginning to “all sound the same,” there are a number of producers who look to shake things up proving all the naysayers wrong about our beloved scene. One of those being Ducky.

She may seem like the new kid on the block to most, but she has been doing her damn thing since she was only 13 years old during the glory days of rave culture.

We recently sat down with Ducky to discuss her long-awaited I Fall In Love With Everyone I Meet EP and to get to know her a little better. Check out our exclusive interview below and enjoy!

DUCKY – I Fall In Love With Everyone I Meet EP |

TSS: When were you first introduced to the world of electronic music?

Ducky: It’s hard for me to pinpoint an exact moment – I know it was some time in middle school. I think a friend’s older brother showed us some music and it kind of just opened up from there. It was like, limewire era, so you could just download endless stuff and rifle through it all until you found new tunes you liked. My earliest influences were The Postal Service, they’re absolutely the reason I started producing. I just wanted to be DNTEL. After that it opened up into everything from Prefuse 73 to Deadmau5 to Above & Beyond, and on, and on.

TSS: You’ve been part of the electronic scene since you were 13, a true raver, what was the craziest party you’ve ever attended?

Ducky: Oh wow, that’s tough – I’ve been to a lot of crazy parties. My favorite for raving was probably the Gingerbread House in San Francisco. It was this totally unpermitted spot in the cut with no security, amazing djs, and the wildest vibes. I also have a soft spot in my heart for every old school party I attended with the phone line you had to call for the meetup spot, where you’d pile into a bus with blacked out windows with 20 other people and just hope for the best. Half of the time we’d end up at like, the boys and girls club in Alameda or something.

TSS: Do you think the original rave culture will make a comeback? I’m talking secret location, an epic game of phone tag for directions, the whole nine yards.

Ducky: I think it’s very difficult to throw an unpermitted party in today’s climate – we definitely learned that with the first UGH JUST RAVE show! But I do think the culture is already making a resurgence. Not necessarily the logistical elements, warehouses and all that, but the most important part: the vibes. I think people are craving and creating more parties with an emphasis on positivity, love, and really good music. That’s what raving is to me – a safe place to be yourself and come together with others in an uplifting, loving environment.

TSS: What is it that made you fall in love with this scene?

Ducky: Raving was an escape for me, straight up. I didn’t come from a particularly happy home, I was not cool in school, I didn’t really feel like I fit in anywhere… it wasn’t cool to like dance music then either, you know? And raves were this place for the freaks like me, by the freaks like me, where I felt genuine love and connection every time. We were there for the music, we were there for each other. It was beautiful.

TSS: When was it when you realized you wanted to pursue music full-time?

Ducky: I was really fortunate to find my passion early – I knew by about 13 this is what I wanted to do. I had used a school project as an excuse to get Logic Pro and a dinky little interface and microphone, and I fell in love at once. I was already playing live shows at local middle and high schools that year too, actually!

TSS: What’s your production process and where do you find inspiration?

My production process is ultra flexible – it varies depending on what intention I come in with. Most of the time I’ve got some seed of an idea in my head and it starts with me just rushing to get it out into Ableton before it slips away. I have a little Ableton template set up so that I can get rolling quickly – it’s something I’ll probably cover in my new production tutorial series. But it’s basically just groups of audio channels with the basic processing I always start with for drums, FX, then a synth group with a blank instance of Serum, and a blank audio track if I want to record vocals or bootleg something. If I don’t have an idea of what I want to make I’ll usually start with sound design in Serum and just mess around until I either get a sound I love or a little idea for a melody that I can loop, and then design and build around that. If I’m really uninspired I’ll usually just sit around and mess with my Virus TI until I make a cool sound or give up, lol. After I’ve got the basic idea I’m basically just going off of inspiration and trying ideas, no rules at all. I mix down as I go and usually master when I’ve got one section fully built out, then continue with the rest of the track. That’s about it!

It’s hard to describe where I pull inspiration from – it’s kind of just a spot in my brain that I can tap into sometimes, like a collection of everything I’ve ever experienced/felt/heard mixed with the kind of emotional experience I’d like to create for someone else. At the end of the day I’m just trying to make what I think sounds good, and what makes me feel things, and I think it’s typically something that other people can relate to as well because it starts from a place of genuine human emotion.

TSS: We already got a taste of your forthcoming EP with the release of “Hey” and “Oceans,” what else can we expect from I Fall In Love With Everyone I Meet?

Ducky: We’re going all over the place! I’d say the rest of the EP is a good blend of club-ready and emotional vibes – we’ve got some 170 bpm dubstep, some old school nero-esque sounds, some straight up (and sped-up) club music, and of course, lots of melodic breakdowns and happy hardcore feelings :)

TSS: You have your unique energetic style of production that stems from your raver roots, what is your opinion on the genre “trends” we see come and go so often and what do you think of the state of electronic dance music as a whole?

Ducky: Here’s what I’ll say: I think we’re in a transitional period. It’s an old story, genres kind of popping off and inevitably getting saturated and stale. Popularity and profit attract a lot of different kinds of people. I think there’s a desire for authenticity, for genuine artistry, for emotionality. And there’s nothing wrong there – in fact, that’s quite exciting.

TSS: Will you be hosting more UGH JUST RAVE parties? The people need to know!

TSS: I Fall In Love With Everyone I Meet EP dropping Friday, you just started your own production tutorial series, what else does Ducky have planned for the near future?

Ducky: Haha, I’m always moving! I can tell you there’s a lot of new music to come, and I’ve never been more excited to share it. I’ve got some big shows coming up soon too – Nocturnal Wonderland, Audio on the Bay, and EDC Orlando. And beyond that, I’m really just thinking about dope things to do for my fans, how to better connect with them, and how to continue creating an exciting experience for all of us. I think I have the coolest, most genuinely positive and kind fanbase on the planet, and I just want to treat them well and do cool shit for them.