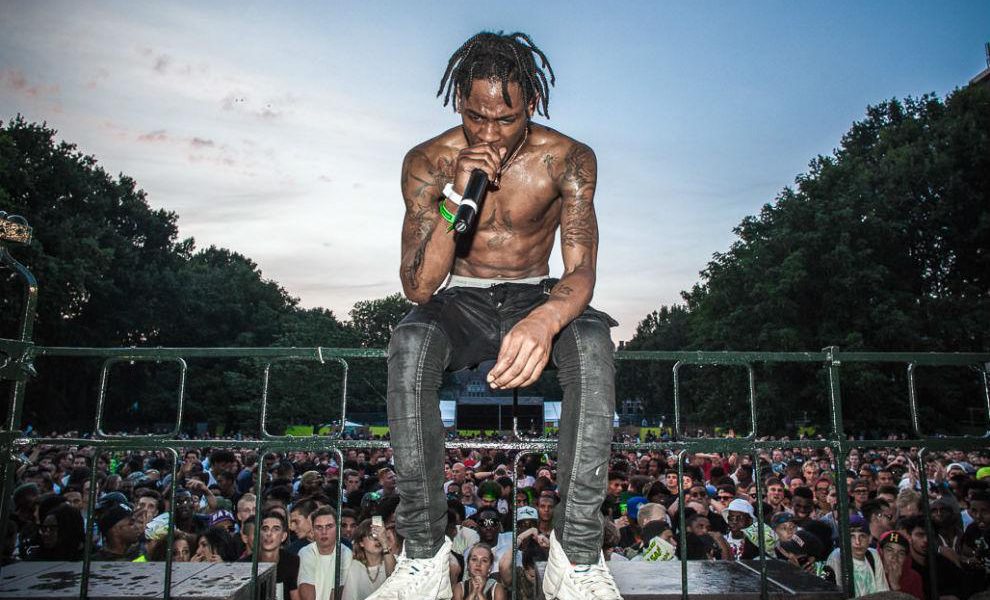 While Travis Scott might be making headlines these days with rumors of dating Kylie Jenner, getting arrested for inciting riots at a show, and announcing his support on Kendrick Lamar’s DAMN Tour this Summer, the Houston rapper has temporarily silenced these whispers and put the spotlight on music with three new loosies on Soundcloud overnight. The three tracks include “Green & Purple” with Playboit Carti, “A Man” produced by 808 Mafia Boss and “Butterfly Effect” produced by Murda. Check out all of them below via Soundcloud.

Rich Chigga, XXXTentacion & Keith Ape Link Up To Create Some Multi-Cultural “Gospel”
Markus Cole Offers Up “Where I Belong” and “Come Around”