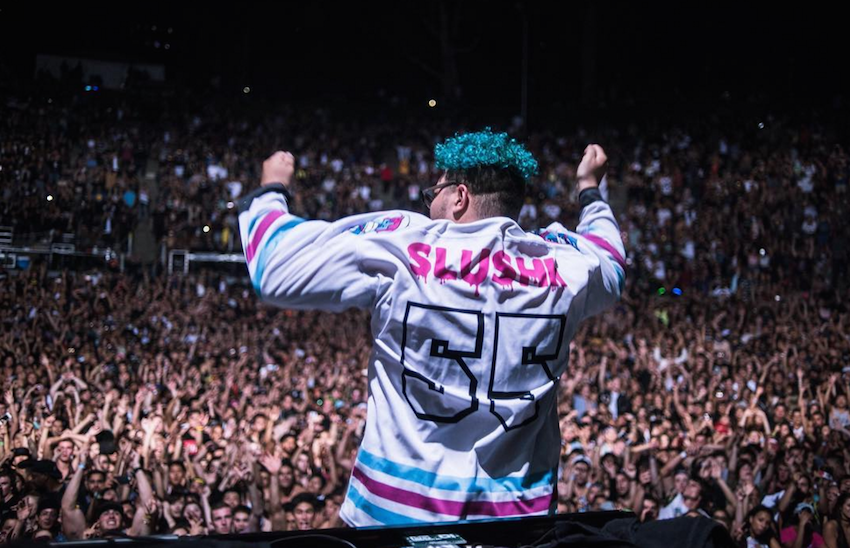 One of our favorite artists for the past year has by far and away been the talented Icee resembling producer Slushii. Bursting onto the scene with some awesome remixes, his popularity exploded with record breaking pace and now he’s one of the most loved electronic producers around. His sound has expanded so much during his rise, whether it be rowdy bass music or the playful uplifting vibe he’s so well known for, but it’s certain he’ll continue to release great music.

Porter Robinson & Madeon’s collaboration “Shelter” is an incredible piece of music in its own right and Slushii could not have done it any more honor. Slushii leaves the catchy vocals as is, but switches up the tempo adding his own flair. With a future bass-y drop and all the feels that the original provided, Slushii’s version really is the definition of a perfect remix. This has been one of a few remixes floating around of this smash hit so so hopefully we can expect a remix package of sorts sometime in the near future.

Also Slushii was one of the many amazing performers that were lucky enough to throw down at this years Ultra Music Festival in Miami. Although this was his first year performing it would be foolish to think that it’ll be his last. His set just got uploaded recently and in true Slushii fashion, it’s a journey into electronic music of all types so strap in and check it out below!