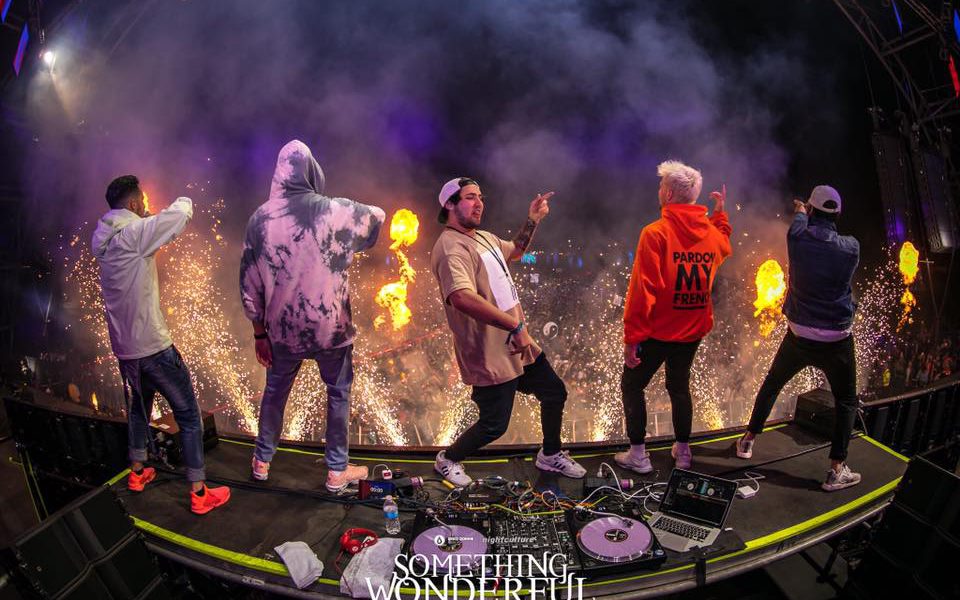 Dallas based festival Something Wonderful has been a great festival to kick off the warm weather of Spring. Thousands of fans of all different kinds coming together to listen to some awesome music by awesome artists. This year, they changed things up and made this a 2 day festival! For day one, I enjoyed Porter Robinson the most. The sort of fusion of anime, Japanese lyrics, and that unique Porter sound was the highlight of the day music-wise! I stayed at the Wonder Grounds/Electric For Life stage most of day one and got to hear Audien, Gareth Emery and Shawn Frank.

As for day 2 I got there to catch an artist I hadn’t heard before called Said The Sky. He had on a live drum set and played on it while a few of Porter’s songs were on which was really cool. Then of course I did an interview with Triarchy afterwards which you can check out here. Drezo played some good tunes. Giraffage played some r&b remixes of R Kelly’s Ignition, Inoj My Boo and Ginuwine’s Pony (Esta Remix). Also played some Dirtybird tunes and he dropped The Vengaboys Boom Boom Boom Boom, which shows that you just can’t expect any set from him except a good one. Rezz started off with some heat In the Beginning by Zeds Dead. Warrior by Eprom & G Jones was great live. I think either the bass was too loud for my Shazam or it was a Rezz ID followed up by her tune Edge. Also one of the highlights in her set was the fact she played Opr and Pursuit by Gesaffelstein. Malaa went off after her with dirty House music. Then I finished off the night with Jauz and DJ Snake’s epic sets.

Overall, definitely a night to remember for Night Culture and Disco Donnie! They know how to make a proper lineup and come up with cool stages. The vibes are always high at Texas festivals and they delivered. I can’t wait till next year’s festival.