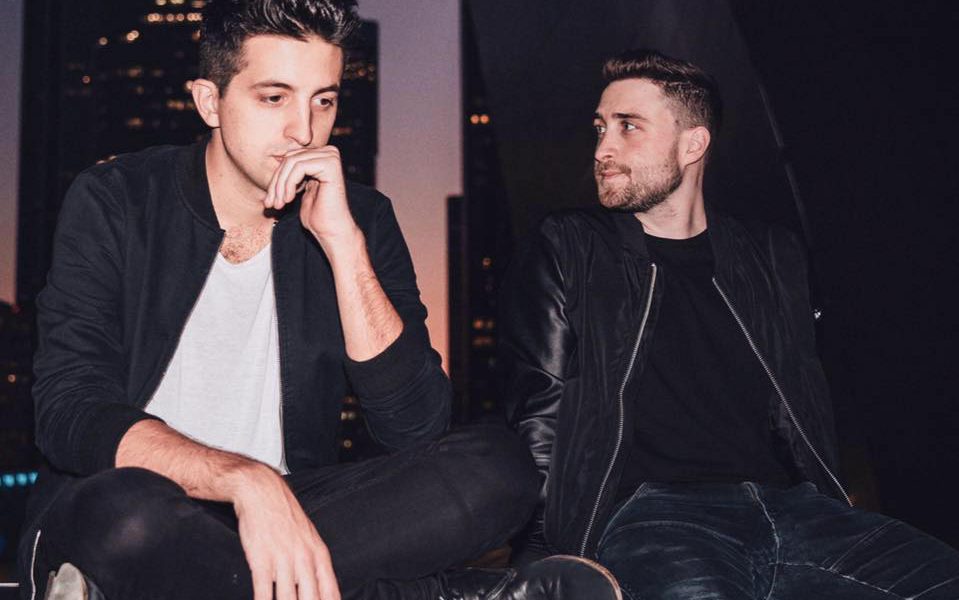 L.A based duo Phantoms, Vinnie Pergola and Kyle Kaplan, are about to take over the electronic music scene. A few years ago, Phantoms first popped up on our radar with their single “Broken Halo” ft. Nicholas Braun. After the first play, we were immediately Phantoms fans. They continued to impress with more releases “Call My Name” which was then remixed by Dillon Francis and their own killer rendition of Eric Clapton’s “Cocaine”. It was clear these are some talented dudes.

Phantoms highly anticipated album, out on Casablanca / Republic Records, shows their skills of creating pop tracks fit for the radio while still maintaining an underground vibe. The Phantoms album is full of funky, synth-heavy music that is impossible not to dance to. All of the lyrics are based off of the duo’s real life experiences, which makes it very relatable to the listener.

It is honestly hard to pick a favorite song off this album. “Pulling Me In” is a dark house trance-inducing tune that is perfect for any after hours while “Someone To Talk About” is a sultry pop track that has been stuck in our heads since the day it was released. Kyle and Vinnie sing on a few of their songs but also find the perfect featured vocalists. “Tried To Be Nice” ft. Harlie is another standout track of the album.The whole album is an electronic masterpiece and these guys definitely have the potential to be the next Disclosure.

Phantoms is currently finishing off their tour opening for Big Wild. Be sure to check this show out while you still have the chance because these guys will surely be headlining every festival in the near future. Check out our interview with Phantoms and their LP below!

TSS: Congrats on your first album release! This is a huge week for you guys. How did you meet and create Phantoms?

Phantoms: Thank you! We’ve been wanting to put out a body of work like this for a long time now so it feels really good to get it out into the world. We started Phantoms as DJ thing to do on the side around eight years ago. We were both doing acting in LA and it was sort of soul-sucking in a lot of ways so playing electronic music was this really exciting thing for us. It’s been cool to see how far it has come now that we get to do it full time and tour a live set.

TSS: Your snapchat is hilarious. How do you guys come up with all of that?

Phantoms: I think the best stuff comes from pure exhaustion at this point. Sometimes we’ll loosely plan some stories out like the ones we do with Dillon Francis, but lately we’ve been on the road so much it’s hard to plan anything. We just love hopping on Snapchat when we’ve got about three hours of sleep and a hangover under our belt and seeing what kind of insanity comes out.

TSS: What is your writing process and inspiration for the album?

Phantoms: With this record we really wanted to feel like we were telling stories. A lot of it happens to be focused on the kind of people you meet when you go out – sometimes we’re writing from our own experiences and sometimes we’re writing from the perspective of a person who may not be that great of a person. It’s fun to make dances songs about situations that may not be that positive, celebrating the mistakes we make in our younger years.

TSS: How has this tour been going for you guys?

Phantoms: We’re currently on tour with our friend Big Wild and this whole tour has been insane. Every show has had the best fans, all ready to dance and just have a great time. We’re going to be really sad when this tour is over.

TSS: What is your dream venue or festival to perform at?

Phantoms: Dream festival to play would have to be Coachella. We’ve been going as fans for the past almost 10 years now and have had many friends play it. Would be such an honor.

TSS: What can we expect from Phantoms in the next year?

Phantoms: This next year we are going be really trying to get this new record out there. We have a ton of festivals coming up, some other tour plans. Just really trying to spread the word and meet all of the people out there that have been so supportive.

[TSS Interview] Born Dirty
[TSS Exclusive] Bear Grillz Discusses His Return To Webster Hall, The Void Stage & What He Has In Store For 2017