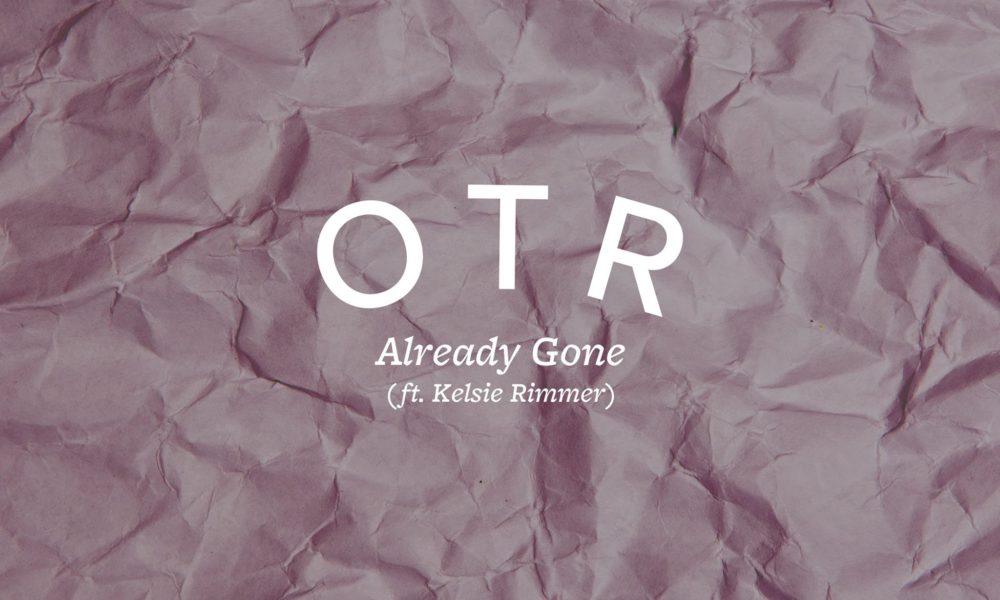 This week is off to a solid start with a new artist on our radar, OTR. Following his official remix of Mickey Valen’s song “Meet Me”, released on Lowly Palace in January, Cincinnati-based producer OTR is back with his first original single “Already Gone” ft. Kelsie Rimmer. His remix to “Meet Me” already has 1.5 million streams on Spotify and has been added to taste-maker Spotify playlists such as Fresh Electronic, Young & Free, and Friday Cratediggers.

“Already Gone” is really freakin beautiful and Kelsie Rimmer’s vocals are straight up angelic. Kelsie gained fame as one of the top contestants on The Voice Australia and we can definitely see why. Her vocals over OTR’s beat creates a perfectly dreamy electro tune. We can surely expect big things from these two in the future. Check out “Already Gone” below!