Paradiso Announces Its Massive Lineup For 2017

Paradiso Announces Its Massive Lineup For 2017

Paradiso released a huge and diverse line-up today for its sixth annual festival. The festival is known for being one of the largest electronic music festivals in the Pacific Northwest. It takes place at The Gorge Amphitheatre in George, Washington every year since 2012. Run by event giant USC, they have been upping their game every year with more epic bills and 2017 is no different.

This year we see top headlining acts, Marshmello, Tiësto, Porter Robinson, and Zeds Dead gracing the banks of the Columbia River. What really caught our eye, however, was the inventive B2B’s Paradiso has planned this year and a few surprising additions. On the B2B’s we have, Barely Alive B2B Virtual Riot, Bleep Bloop B2B Alix Perez, Flux Pavillion B2B Doctor P, and Darrius B2B Johnny Monsoon rounding it out as the Washington locals.

We also noted a great variety of house and bass acts we excited to see at the Gorge this year. K?D who has been an insane come-up this past year is billed next Kayzo and Keys N Krates. For the lover of Dirtybird, we also have Billy Kenny on the lineup, who is sure to lay down some insane party vibes. If you love deep house, USC has you covered with, Lane 8, Oliver Heldens, Chris Lake, and Gryffin. Now if you want to go to bassier and more trap side of things you can hit up, BAAUER, Snails, Space Jesus and Mija.

Paradiso takes place on Friday, June 23rd and Saturday, June 24th this year. Tickets are already on sale and range from $183 to $483 for the full experience package. Payment plans are also available, breaking down each package into affordable installments. You can check out the Paradiso Festival site and socials below for more information. 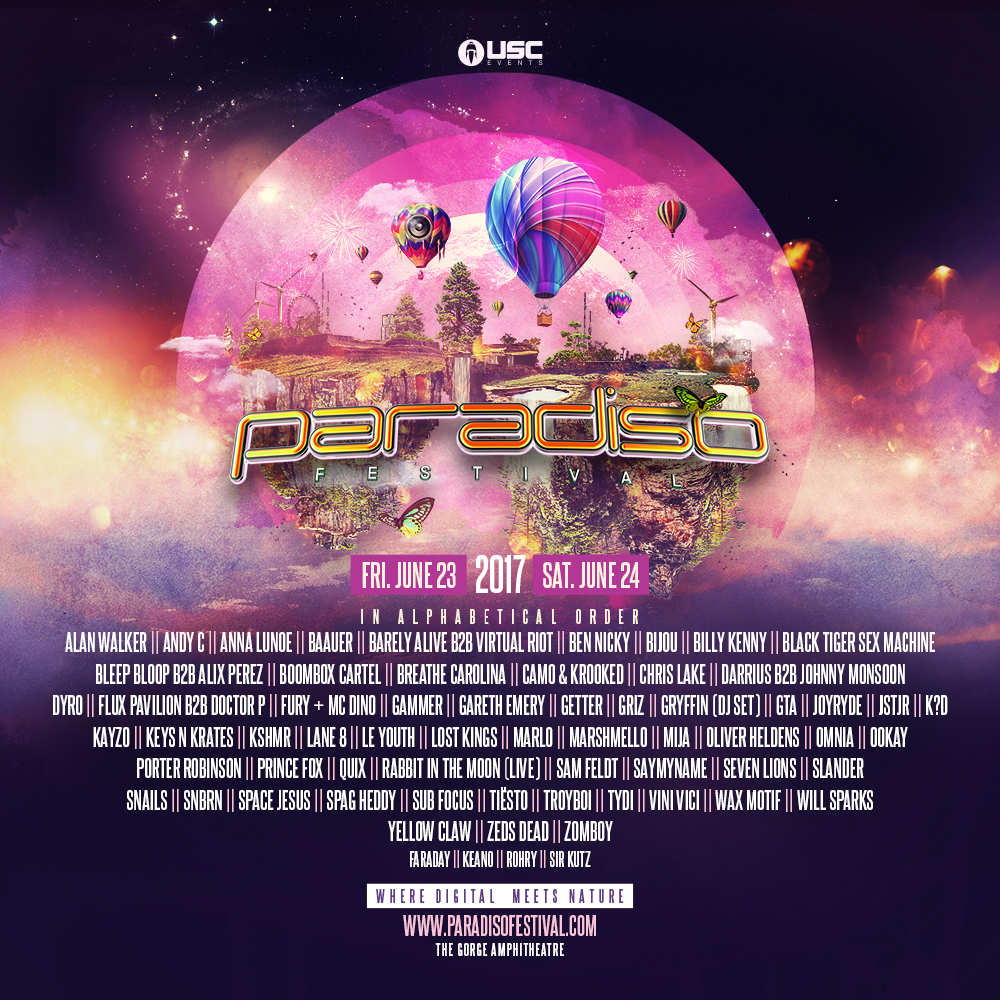