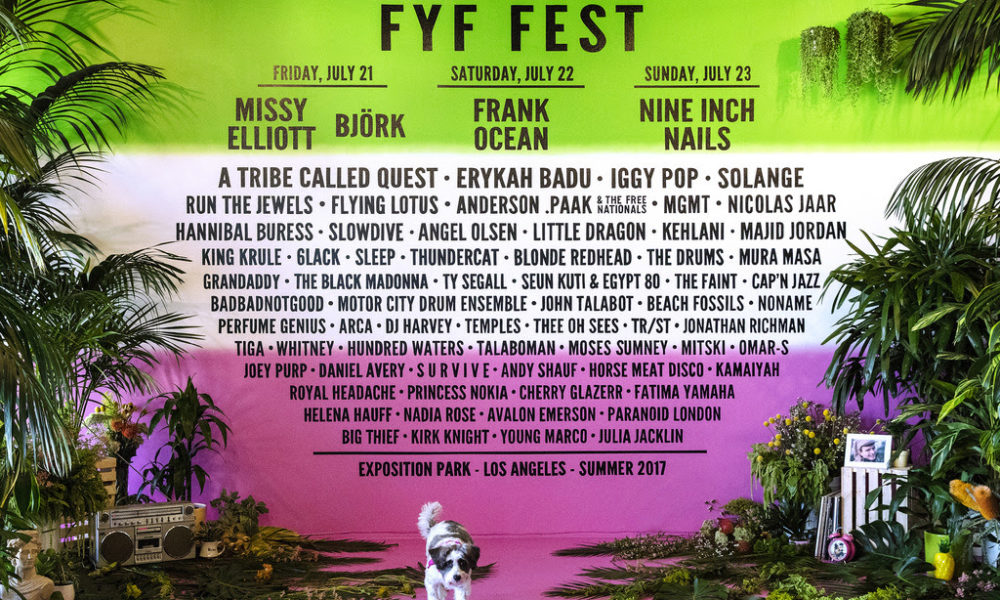 FYF Fest is back for 2017, and its lineup will have you feeling SHOOK!

For 2017, FYF has expanded into three days and will be taking place on July 21st-23rd at the Exposition Park in Downtown Los Angeles. Headliners include Missy Elliott, Bjork, Frank Ocean, and Nine Inch Nails. Additionally, there will be performances by A Tribe Called Quest, Erykah Badu, Iggy Pop, Solange, Run the Jewels, Flying Lotus, Anderson .Paak and the Free Nationals, MGMT, Nicolas Jaar, Hannibal Buress, and many more. For an eclectic city like LA, it’s only fair that it would get an eclectic FYF fest lineup too!

Weekend passes will go live on Friday, March 24th at 12PM PDT. General Admission tickets will be available for $299 in full, or in 4 monthly installments of $74.99 through FYF Fest’s payment plan. Additionally, VIP weekend tickets will be available at $549. And for those you who can’t make it for all three days, single day general admission tickets will go live in mid April for $125. Check out FYF Fest’s website down below for more further information about tickets.

“This will be the best weekend of summer. See you in July.” – FYF

Spring Awakening’s Full Lineup Is Next Level
Got Your Ticket For Excision’s Paradox?