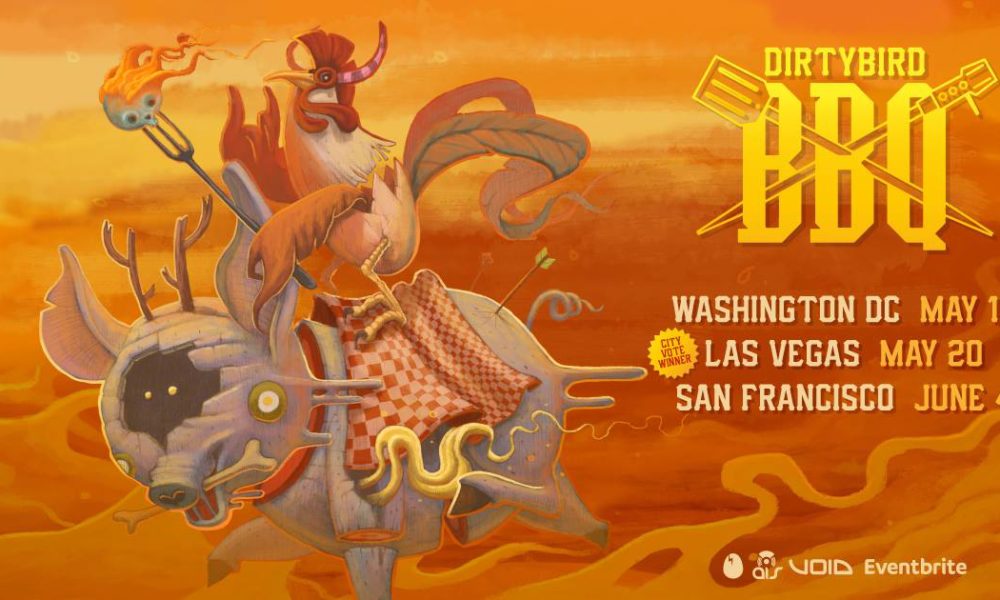 Birdie and barbecue season is coming!

Dirtybird, the birdhouse record label and house music empire, has announced their BBQ tour dates for this upcoming Summer. The event, which originated in San Francisco, has expanded into other major cities such as Seattle, Detroit, and Portland in past years. For 2017, Las Vegas has been put on the roster courtesy of all of the fans who voted in the City Vote for their first-ever Dirtybird BBQ experience.

“We’ve time-tested and perfected our party recipe: great food, the best crowds around and, of course, saucy sets from your favorite DJs. Plus, we’re bringing back our Best In Show contest for a second year – get those costumes and totems ready! – and continuing to up our grill game. “

Click HERE for more information and updates on all the DB-BBQ dates!